Doctor claims she carried out forced abortions and womb removals and once saw a 'still-moving baby' thrown into rubbish as part of Chinese government Uighur population control A doctor claims to have participated in 500 to 600 operations on Uighur women She said when working for Chinese government she carried out forced abortions The doctor, who fled to Turkey, was told it was part of 'population control plans'

A doctor claims that while working for the Chinese Government she carried out forced abortions and sterilisations in its 'population control plan curtail the growth of the Uighur population'.

The doctor, who has not been named, claims to have participated in at least 500 to 600 operations on Uighur women.

She said the operations included forced contraception, forced abortion and sterilisation, as well as the forced removal of wombs, ITV reported.

She added that on at least one occasion, a 'still-moving' baby was discarded into the rubbish. 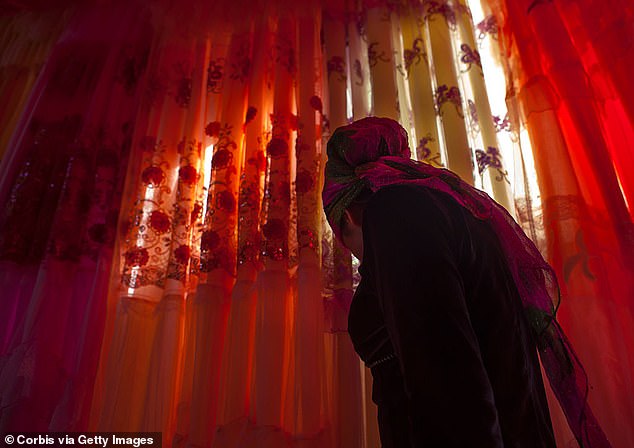 The Uighur doctor, who later fled to Turkey, said she 'thought it was my job' and was told to believe it was part of the Communist party's population control plan.

She told ITV: 'We would go village to village, gather all the women and herd them onto tractors. Young women were fitted with contraceptive devices, pregnant women would have to have an abortion then sterilisation.

We even inserted birth control implants into women's upper arms to prevent pregnancy.'

She added that she feels 'such regret' and now helps those who have also fled China for Turkey, working as a doctor in an Istanbul Beauty salon.

PREV AFL WAGS sip cocktails by a pool at a luxury resort living it up in 'hotel ...
NEXT Four Navy aircrew parachute to safety moments before E-2C Hawkeye plane crashes ...