Footage of a 500-person illegal rave has been released by police in Thetford after an officer was attacked over the Bank Holiday weekend.

More than a hundred police officers broke up the mass rave in Thetford woods on Saturday night.

Ariel footage shows cars parked around the rave and a huge stage, complete with giant speakers and flashing lights, can be seen in a clearing.

One clip shows an unknown man dressed in black clothing running towards an officer in full riot gear.

The man kicked the officer before running away.

Officers seized audio equipment, generators, the rig and a large flat-bed lorry which was used to transport the equipment. 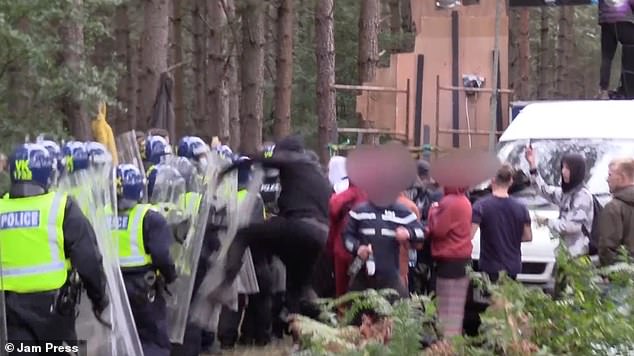 Five people were arrested and fined £100 for attending the unlicensed music event.

Investigations are underway to identify the event organiser, who could face a £10,000 fine under new legislation which came into effect on August 28.

The legislation brought in harsher punishment for organisers and attendees of illegal gatherings. 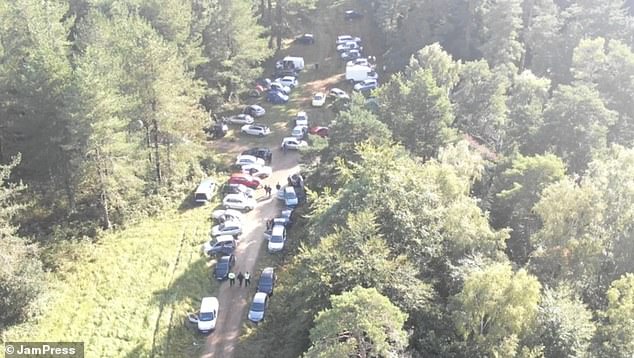 Ariel footage shows hundreds of cars parked surrounding the rave, while a huge stage, complete with giant speakers and flashing lights can be seen in an open spot of the woods 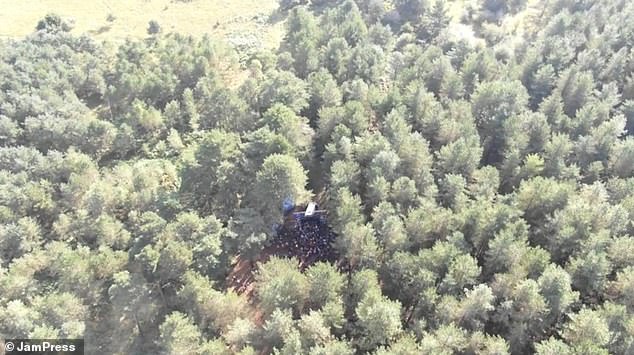 The shocking footage shows hundreds of people gathered in Thetford woods during the mass rave on August 30, before more than 100 officers arrived to shut it down

Assistant Chief Constable Nick Davison, of Norfolk Police, said: 'We understand the disruption such events cause to local communities and the concern people will have, particularly as coronavirus continues to be a real threat.'

'This was a well-established and planned event and we needed additional specialist resources to shut it down safely.'

'I would like to thank local residents once again for their patience and understanding while we worked to close it down.'

He added that police investigations are ongoing to trace the organisers and these enquiries are progressing well. 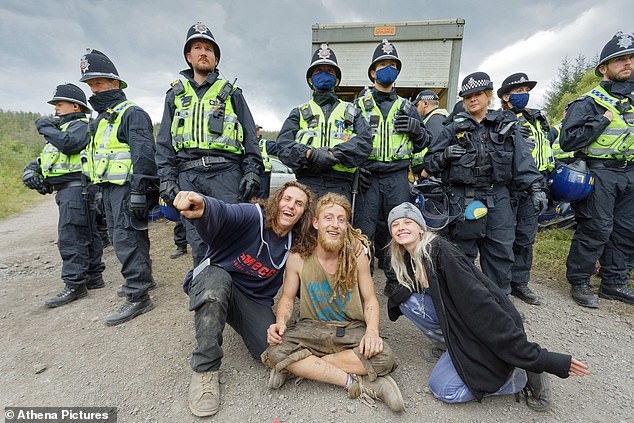 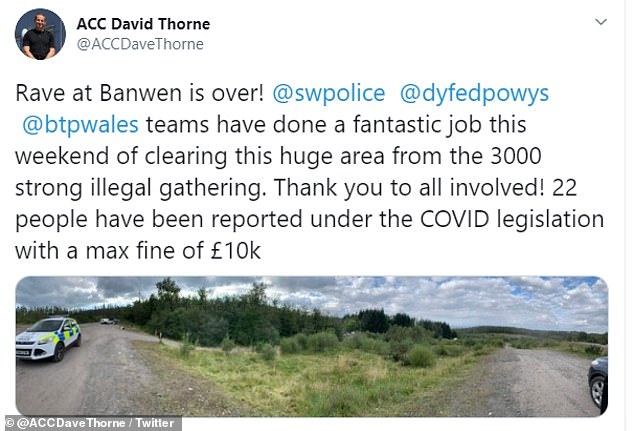 It comes after a huge illegal lockdown rave near a Welsh village was finally shut down by police.

Some 3,000 revellers descended on an area of woodland near the village of Banwen on the early hours of Sunday morning - with 400 ravers still at the site by Monday evening.

But South Wales Police have now managed to shut down the rave after around 70 officers, assisted by Dyfed-Powys Police and the British Transport Police, were called out to the wood to execute a dispersal order. 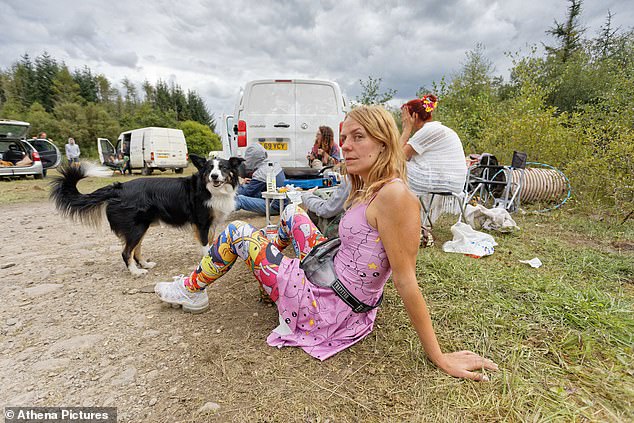 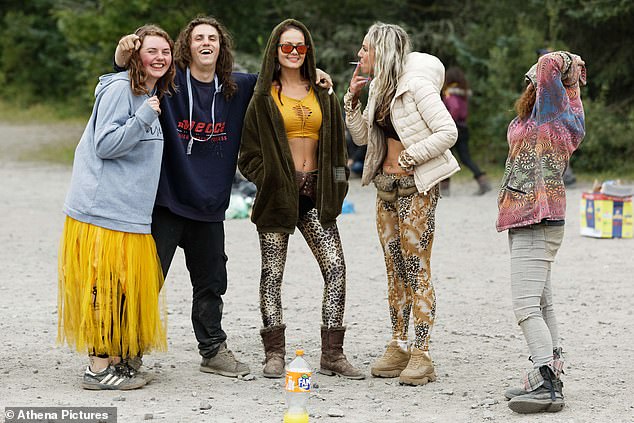 Young partygoers posed at the site of the illegal lockdown rave. It has since been shut down

Summons have been issued to 22 ravers, which could see them slapped with £10,000 fines.

Assistant chief constable David Thorne wrote on Twitter: 'Rave at Banwen is over! South Wales Police, Dyfed-Powys Police [and] British Transport Police teams have done a fantastic job this weekend of clearing this huge area from the 3,000 strong illegal gathering. Thank you to all involved.'