A Florida sheriff's deputy is under investigation after he made multiple comments about George Floyd on Facebook, stating that his death was 'the best outcome'.

Deputy Matthew Archambeau made the comments in August on a Facebook page called 'Police Blotter' and argued with those who criticized his words, according to the Tampa Bay Times.

Archambeau called Floyd 'scum' and falsely claimed he was previously guilty of threatening to shoot a pregnant woman.

An internal investigation is now underway at the Hillsborough County sheriff's office work to determine if the comments violated office policies. 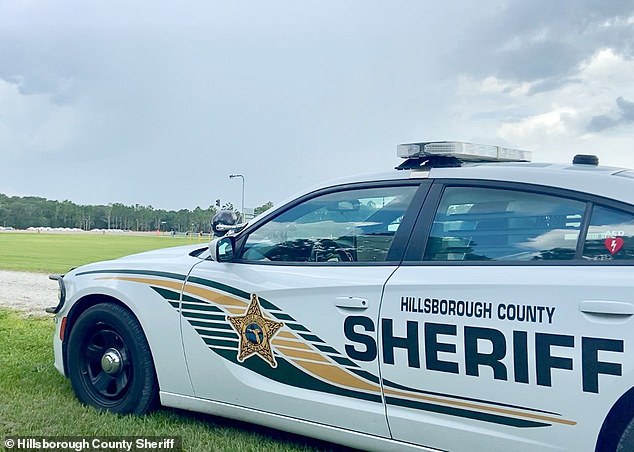 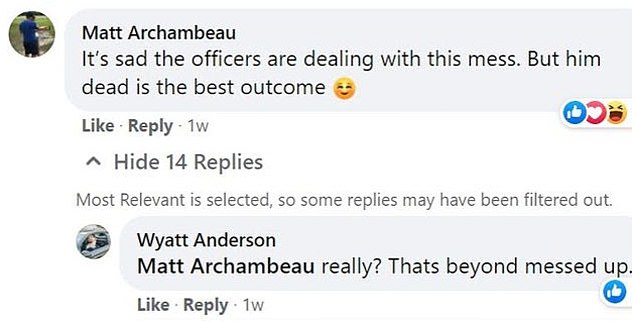 'At the Hillsborough County Sheriff's Office, we strive to educate all of our employees about the importance of being responsible, respectful, and accountable for what they post online,' the Sheriff's Office said in a statement to the Tampa Bay Times.

'It should go without saying that Archambeau's comments posted through his personal social media account do not reflect the views of the Hillsborough County Sheriff's Office.

'Almost immediately after Deputy Matthew Archambeau's comments were made on social media, we took proactive steps and began to look into this matter.'

The investigation has not resulted in an internal affairs case, they added, and Archambeau remains on normal duty as a patrol deputy while the review is underway.

Archambeau commented on a post in the pro-law enforcement and pro-military Facebook group about developments in Floyd's case and the four police officers who have been charged with his death.

'It's sad the officers are dealing with this mess. But him dead is the best outcome,' he wrote with a smiling emoji.

The comment was quickly criticized by others but Archambeau answered back.

'Oh, the wrongful accusations of the officers wasn't wrong?' he wrote in one reply. 'His violent criminal history isn't wrong? Tell me, what benefit did he provide society? Scum.' 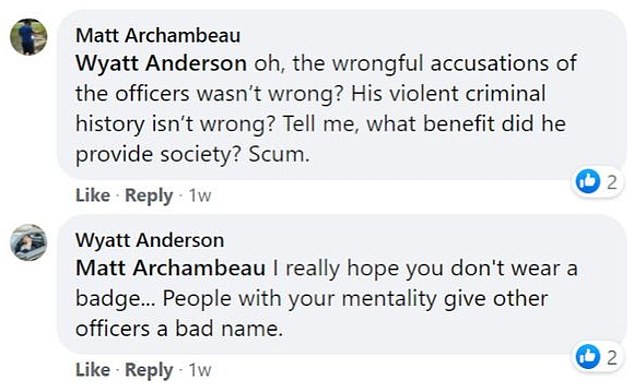 'I really hope you don't wear a badge. People with your mentality give other officers a bad name,' one user told him, according to the Times.

'Really? That's beyond messed up,'