Doris Day’s dog-friendly California home has gone on the market more than a year after her death for $7.4million.

The nine-acre property is in Carmel Valley near Monterey, where Day relocated around 1980 after worrying that she could run afoul of Beverly Hills laws which restricted how many pets she could have on her property.

‘The Man Who Knew Too Much’ actress has fallen in love with the neighborhood, which celebrities such as Clint Eastwood also call home, while she was filming ‘Julie’ in the area in 1956.

Living in the home for almost four decades, the main house is painted butter-yellow, her favorite color, and former neighbors says it was once full of tens of rescue dogs Day would take in. 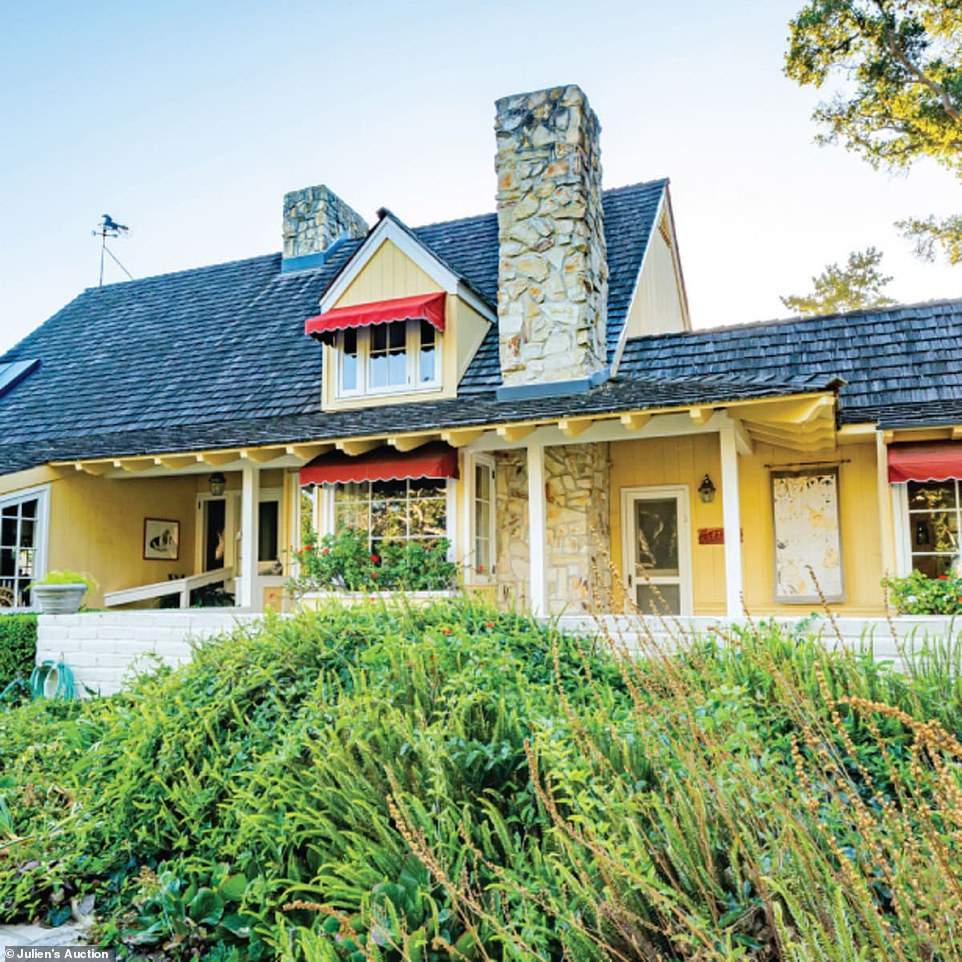 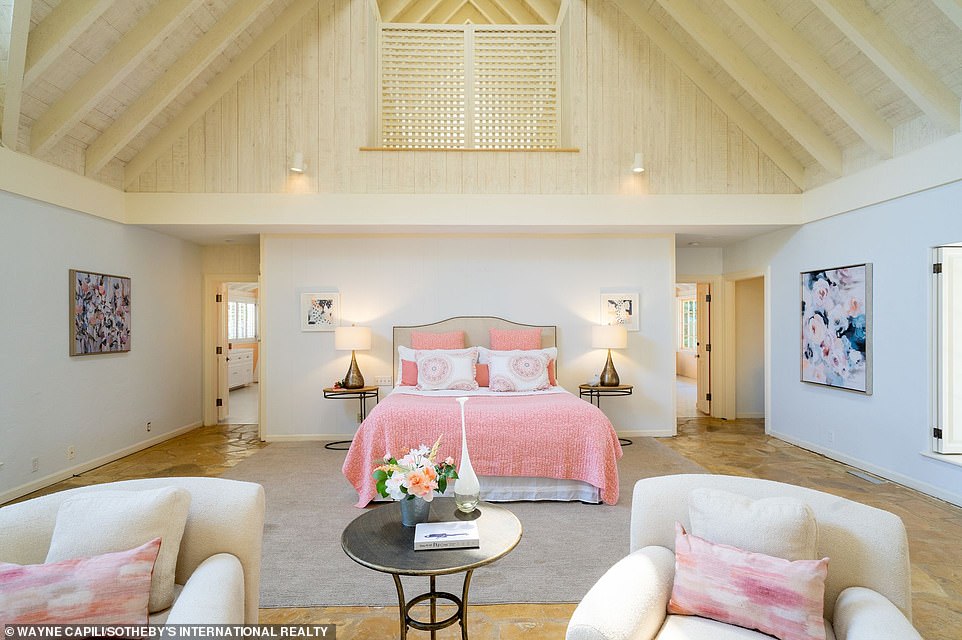 The bedrooms featured loft ceilings with their own living space. Day expanded the main house into a three bedroom 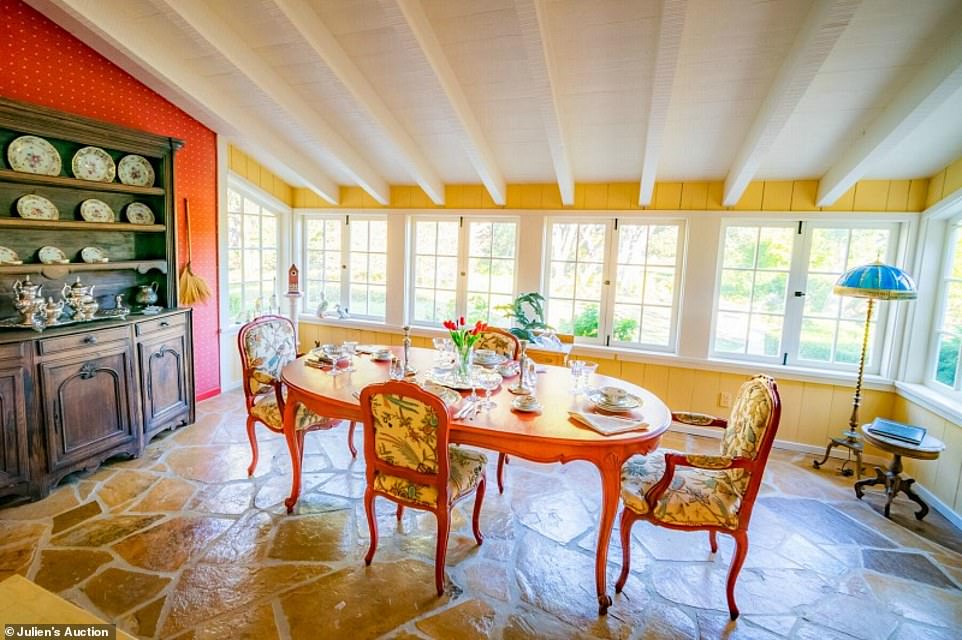 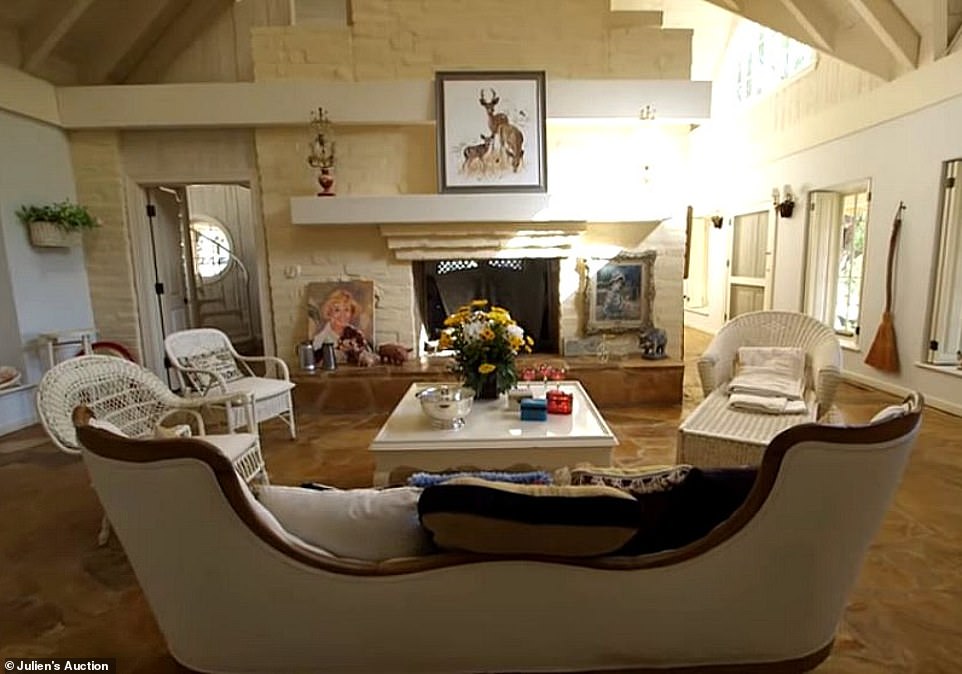 The main bedroom features its own living room and a fireplace. Day lived here for almost four decades

Proceeds from the sale of the home are set to go to the late actress’s animal foundation, which is currently working to support the rescue of animals from the California wildfires.

According to the Wall Street Journal, Day was such a massive fan of dogs that her rescues even had their own kitchen in the house, where she would make them her prized turkey meatloaf sandwiches.

There was also space for their dog beds, which were wrapped in Ralph Lauren sheets.

Day, one of the biggest movie stars of the 1950s and 60s, moved into the home with her fourth husband, Barry Comden, a maître d'. The couple divorced in 1982.

They expanded the property into a 7,000 sq. ft three-bedroom with Day painting both the main house and the one-bedroom guest house in her signature butter yellow.

In contrast, the gate house with two apartments is painted a bright red, which Day is said to have chosen as her go-to decorative color.

Inside the main house, the classic actress went for neutral-tone furniture and simplistic designs.

Although she moved in years after her sitcom ‘The Doris Day Show’ was canceled, she brought with her antique furniture she had picked out for the set and paired them with plain linen sofas. 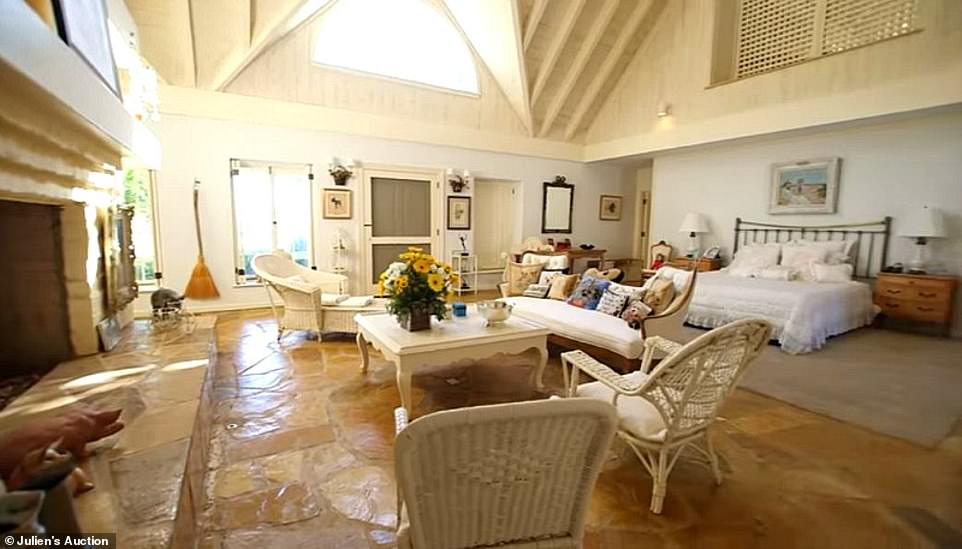 Inside the main house, the classic actress went for neutral-tone furniture and simplistic designs as seen here 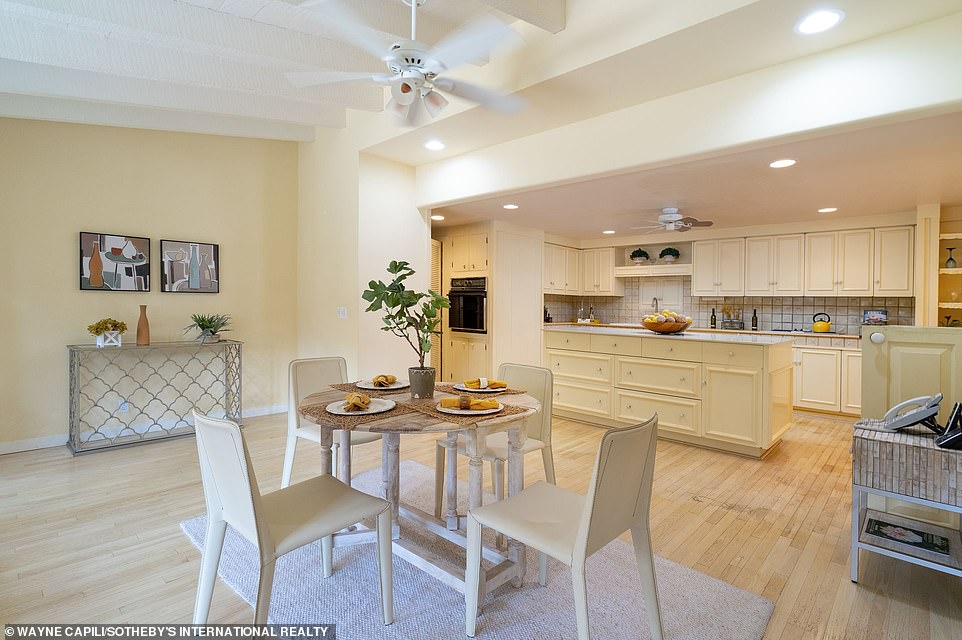 The property has now been put on the market for $7.4million more than a year after Day's death 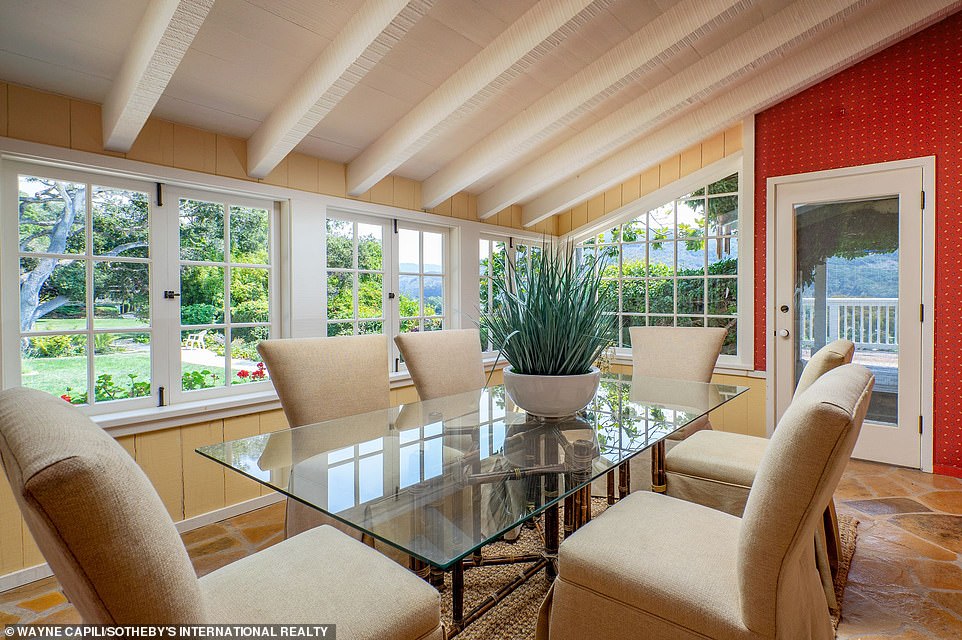 The property is 7,000sq ft and Day considered it a haven for her and her rescue dogs 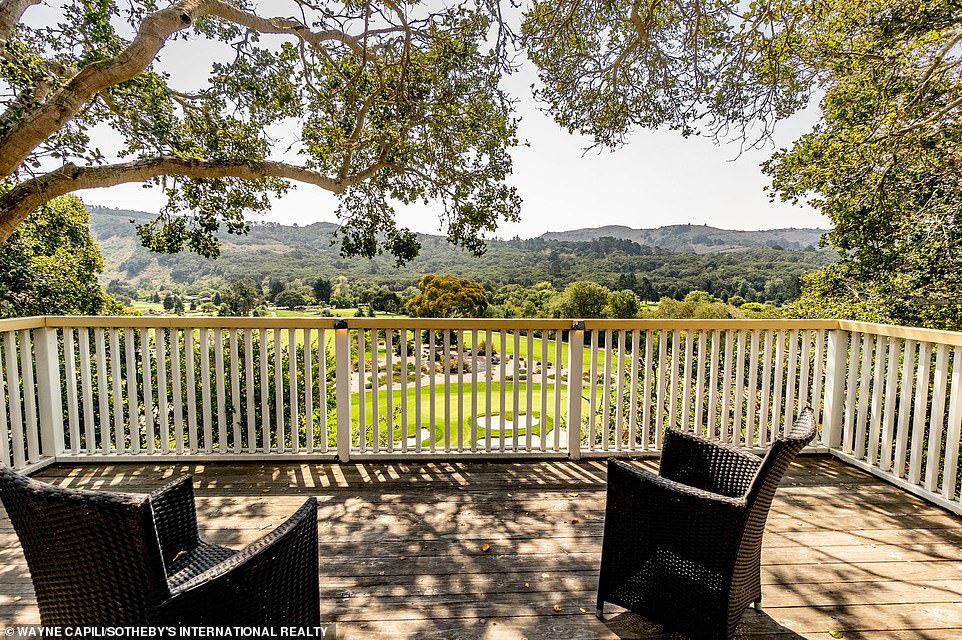 PREV Search for missing swimmer last seen diving in rock pool - just a day after ...
NEXT Troubled girl, 16, takes her own life on school grounds