An Australian man is behind bars in Bali accused of working as a drug courier for a British expat who is allegedly a 'dealer and distributor' on the holiday island.

Aaron Wayne Coyle, 44, from Perth, was arrested outside his Seminyak boarding house on Wednesday. Police allegedly found 1.2 grams of meth inside his home.

'We allege that the Brit is the drugs dealer. Meanwhile the Australian, we allege, that he is the courier,' Denpasar Police Chief Jansen Avitus Panjaitan said. 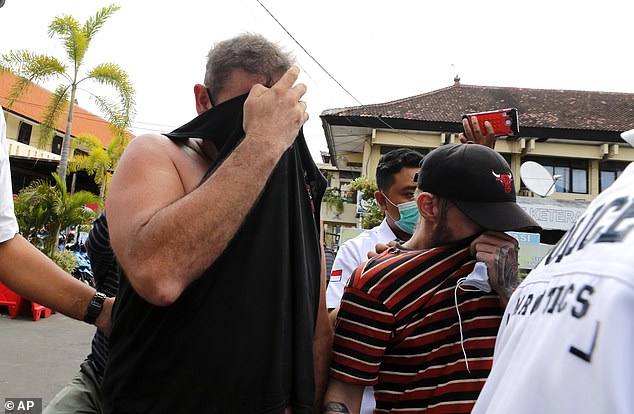