Get back to work! Boris Johnson orders civil servants to return to their desks as officials (belatedly) try to lead from the front Prime Minister set target of four in five workers to return to Whitehall each week   At beginning of lockdown there were 423,000 civil servants employed full time  In a letter to Whitehall ministries it said aim is to get people back to workplaces

Boris Johnson last night ordered civil servants to get back to their desks as soon as possible.

The Prime Minister set a target of four in five workers to return to Whitehall each week by the end of the month.

Mandarins will have to provide weekly figures on staff numbers to monitor progress.

At the beginning of lockdown there were 423,000 civil servants employed full time by Whitehall departments. 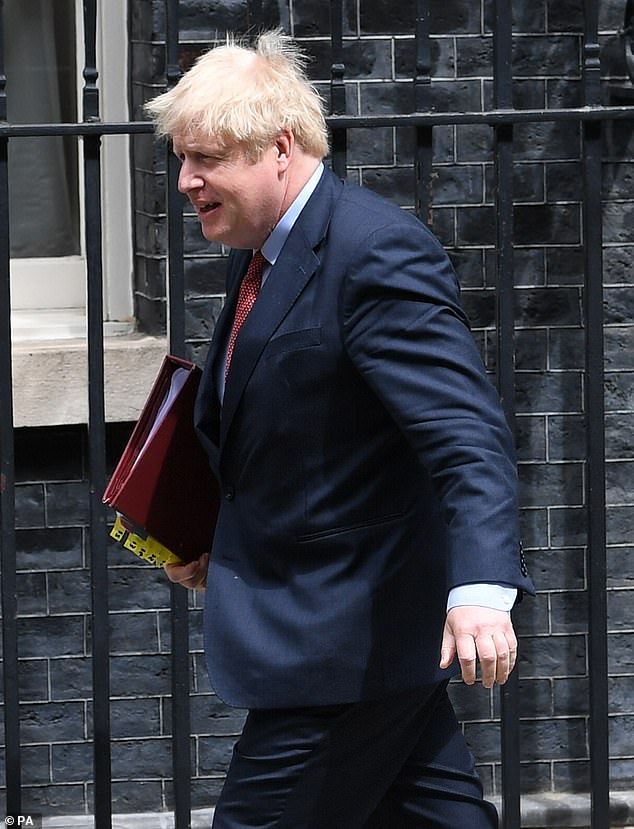 Permanent secretaries were given instructions last night to 'move quickly' to 'bring more staff back into the office', taking advantage of the return to schools and increased public transport services.

In a letter to all Whitehall ministries and seen by the Mail, Cabinet Secretary Sir Mark Sedwill and civil service chief Alex Chisholm said the Prime Minister has 'made clear his aim is to get as many people back to workplaces as possible' in a safe way.

At a Cabinet meeting earlier this week, they said ministers had agreed that 'increasing both the number of people in the office and the amount of time those people spend in the office' would be 'hugely beneficial' for the civil service.

'The Prime Minister is also clear that getting more people back into work in a Covid secure way will improve the public services we deliver, and will also provide a significant boost to the local economies where they are based,' they added.

The letter warned that the huge numbers of civil servants working from home had led to a 'reduced level of social interaction among our colleagues, with the loss of some of the spontaneous interaction and cross fertilisation between teams that drives innovation and sustained common purpose'.

It added: 'There have also been challenges with bringing on board new or inexperienced colleagues and limitations in the ability to mentor and develop our people.

'In short, it is the Government's view that on the whole there are significant benefits to be gained from