Two self-described supporters of the anti-government 'Boogaloo' movement have been arrested and charged with attempting to provide material support to Hamas in a bizarre alleged plot to bomb a county courthouse and assassinate white supremacists and national politicians.

Michael Robert Solomon, 30, and Benjamin Ryan Teeter, 22, were arrested on Thursday in Minnesota on federal charges of attempting to provide material support to a designated foreign terrorist organization.

The Boogaloo movement is a loosely organized network of anti-government extremists who advocate the violent overthrow of the U.S. government, and predict and hope for an impending civil war, which they refer to as 'Civil War 2: Electric Boogaloo,' a reference to the title of the 1984 sequel to the film Breakin'.

Hamas is a Palestinian Sunni-Islamic fundamentalist militant group, which is a federally designated foreign terrorist organization.

'This case can only be understood as a disturbing example of the old adage, "The enemy of your enemy is your friend,"' said Assistant Attorney General John C. Demers for the National Security Division in a statement on the case.

'Thinking that they shared the same desire to harm the United States, they sought to join forces and provide support, including in the form of weapons Accessories, to Hamas,' Demers said of the two defendants. 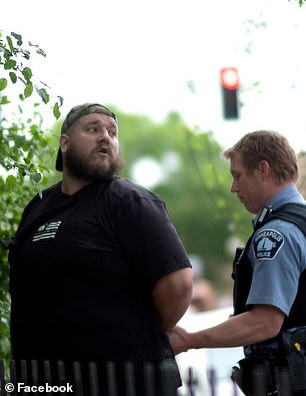 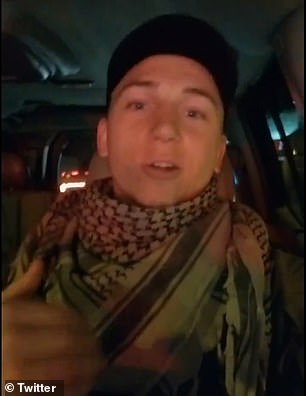 Michael Robert Solomon, 30, (left) and Benjamin Ryan Teeter, 22, (right) were arrested on Thursday in Minnesota on federal charges of attempting to provide material support to a designated foreign terrorist organization 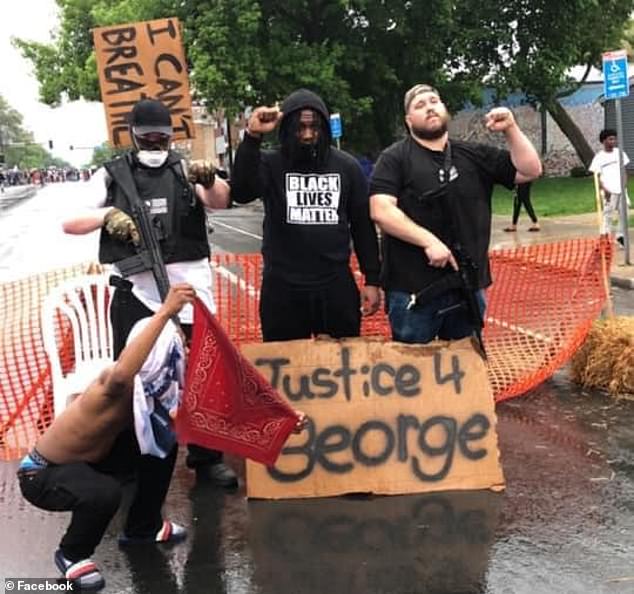 Solomon (right) is seen joining protests in Minneapolis over the in-custody death of George Floyd in late May. He and Teeter allegedly expressed a desire to overthrow the US government and remove all police from the country

Prosecutors say that Teeter and Solomon conspired to build illegal silencers and delivered them to an undercover agent whom they believed was a Hamas operative.

According to the indictment, Teeter traveled to Minnesota from his home in Hampstead, North Carolina in late May to support protests there against police brutality after George Floyd died in police custody.

'Lock and load boys. Boog flags are in the air, and the national network is going off,' Teeter wrote in a Facebook post the day after Floyd's death.

In Minnesota, Teeter teamed up with Solomon, a resident of the Minneapolis suburb of New Brighton, according to prosecutors.

In late May, DailyMail.com interviewed an associate of Solomon, who was not named in the indictment, after he and Solomon were spotted standing guard in front of a tobacco store in Minneapolis armed with AR-15-style weapons.

Solomon said in a separate video interview: 'Basically, you've seen the records that cops keep, and cops are a lot less likely to tread on people's rights when there's other armed Americans with them. So I figure it's about damn time heavily armed rednecks stand with fellow American citizens.'

Solomon and the men he was with said that they supported the protests and demanded justice for Floyd, but were opposed to riots and looting and wanted to protect private property. 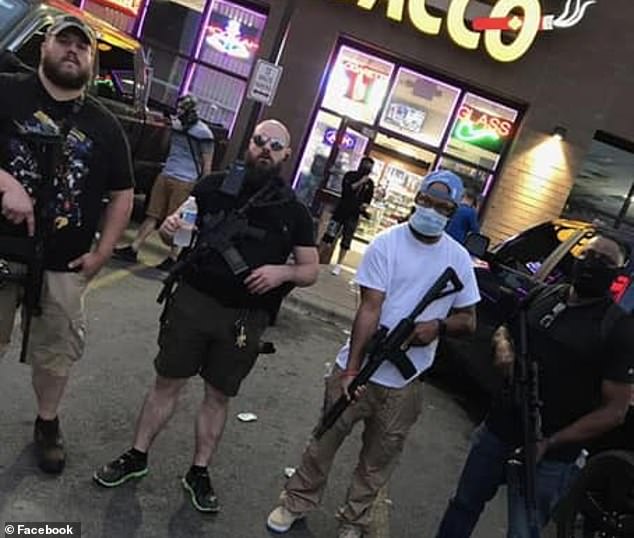 Solomon (standing left) is seen on May 27 during protests and riots in Minneapolis. He said at the time that he supported the protests, but was opposed to riots and looting 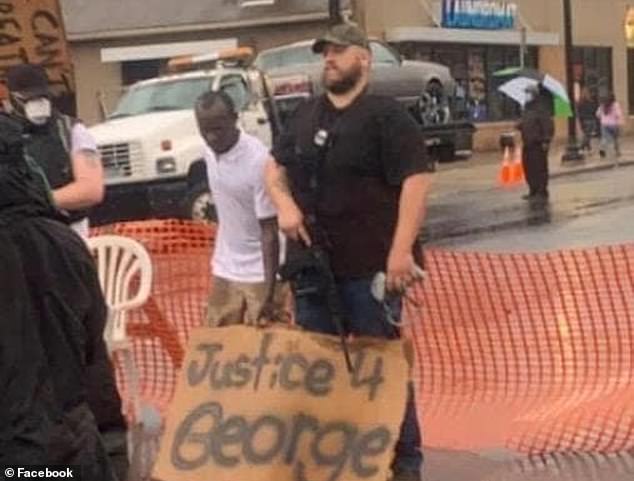 Solomon, carrying a rifle, is seen at protests in Minneapolis in late May. Prosecutors say that he and Teeter attempted to make illegal silencers for the militant group Hamas

Who are the Boogaloo Bois?

The Boogaloo movement is a loosely organized network of anti-government extremists who advocate the violent overthrow of the U.S. government.

Supporters predict and hope for an impending civil war, which they refer to as 'Civil War 2: Electric Boogaloo,' a reference to the title of the 1984 sequel to the film Breakin'.

Boogaloo activists are often spotted heavily armed and wearing Hawaiian shirts, a reference to the 'Big Luau,' a code-word they adopted when Facebook banned Boogaloo-related groups.

Their beliefs are not always easily categorized in conventional political terms, but might be best described as extreme libertarian.

They are opposed to the police and American government, which they hope to see overthrown.

Though they have sometimes been described as white supremacists, some Boogaloo supporters appear to be violently opposed to racist ideology.

According to the indictment, Solomon and Teeter first came onto the FBI's radar when a witness came forward and reported disturbing encounters with the two men, who were staying temporarily at the witness's home with firearms and 'substantial quantities' of ammunition.

The witness said that Solomon claimed his group, the 'Boojahideen', was opposed to the police, white supremacists and looters, and that his ultimate goal was to remove the police from Minneapolis and overthrow the U.S. government, prosecutors say.

After the FBI received the tip, a paid informant for the Bureau made contact with Solomon on Facebook under the guise of being a member of Hamas.

The informant went on to have meetings with Solomon and Teeter, which were covertly recorded by the FBI, where the two suspects allegedly discussed plans to provide 'untraceable' weapons and silencers to Hamas to use against the American government and U.S. forces in the Middle East.

In return, the two 'Boogaloo Bois' sought financial support from Hamas, as well as C-4 military-grade explosives to