There has been a dramatic twist in Josh Hill's love triangle drama - with another woman coming forward saying she was involved in relationship with the AFL star at the same time.

The 173-game veteran - who played for the West Coast Eagles and Western Bulldogs before retiring at the end of 2017 - found himself back in the spotlight after Daily Mail Australia revealed he had fathered two babies born just weeks apart to different women - his fiancee Jo Duffy and ex-girlfriend Kara Wicks.

And now it can now be revealed Hill was seeing a third woman while involved in those relationships.

Lilly Munro, a mother-of-three, told Daily Mail Australia she had come forward about the love rat to set an example for her teenage daughter - that 'it is not OK to be treated like this'.

The brunette said she became suspicious she was not the only women in Hill's life when she discovered a bottle of blonde shampoo in his bathroom.

Her suspicions were confirmed when she saw Ms Wicks had posted a photo from the same bathroom. 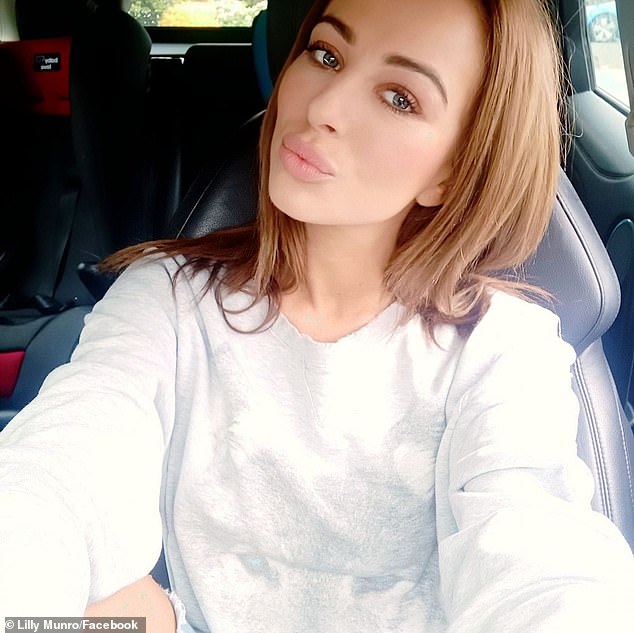 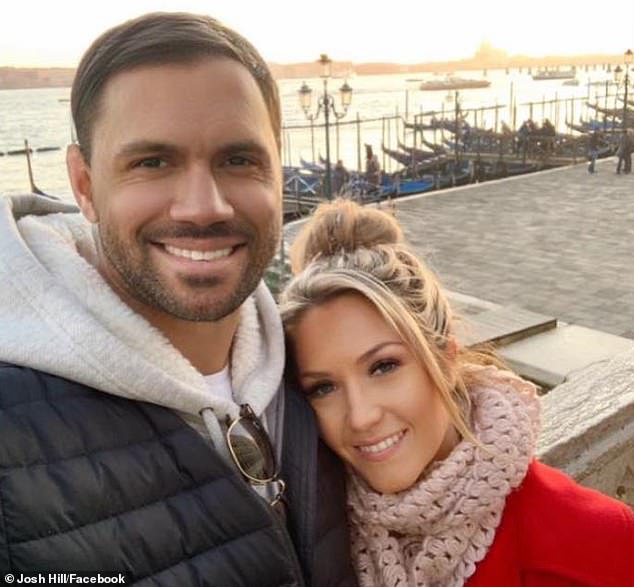 At the same time Hill was seeing his now fiancee Jo Duffy (pictured). The couple welcomed a newborn baby on August 8, with Hill only featuring Ms Duffy and their daughter on Facebook 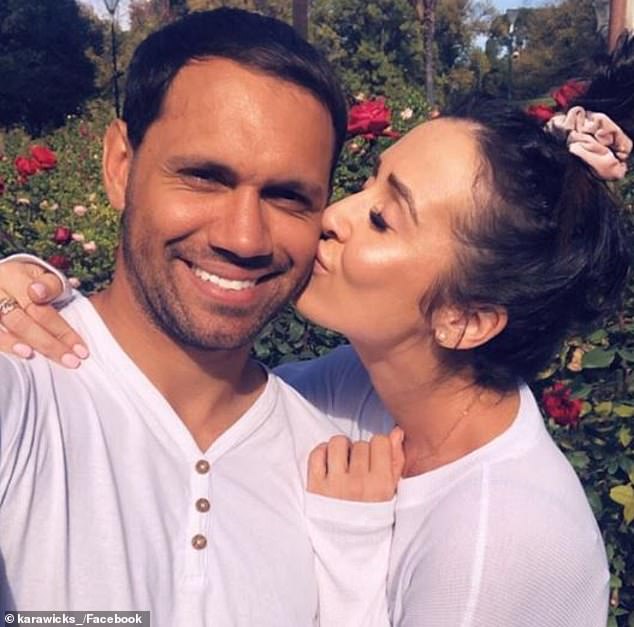 That is despite him also admitting to being the father of a daughter with Kara Wicks (pictured) who gave birth on August 13. She lives in Perth and the pair would regularly travel to see each other on opposite sides of the country

Ms Munro , 35, is the ex-partner of Hill's one-time Bulldogs' teammate Brodie Moles - and that's how the pair met.

At the end of her tumultuous relationship with Moles, Ms Munro said she received an out-of-the-blue message from Hill on Instagram checking in to see if she was OK.

From there they began a relationship that reached a point where Hill had her and her kids stay over on a weekend, took them to Timezone and asked her to move closer to him.

'He added me on Instagram and it was that sort of normal message: "Are you Brodie's ex?",' Ms Munro told Daily Mail Australia.

'He said: "I just want to see if you are OK after the separation and I'm here if you need an ear".

'I thought it was quite noble, but he came in as a friend and then we started chatting more frequently and ended up forming a relationship, but unbeknown to me there were not one, but two more women.'

Ms Munro said the first sign that something was not quite right was when Hill would regularly pull out of plans at the last minute, claiming his family had arrived in town.

He would also insist on wearing sunglasses and a cap out in public, which Ms Munro said was a bit over the top despite him living in AFL obsessed Melbourne.

There were also girls regularly commenting on his social media, but Hill passed them off as simply 'groupies' from his playing days.

One was Kara Wicks, his then lover who gave birth to his daughter on August 13.

When Ms Munro looked on Ms Wicks profile she noticed a photo of her in a bathroom that looked remarkably similar to Hill's. 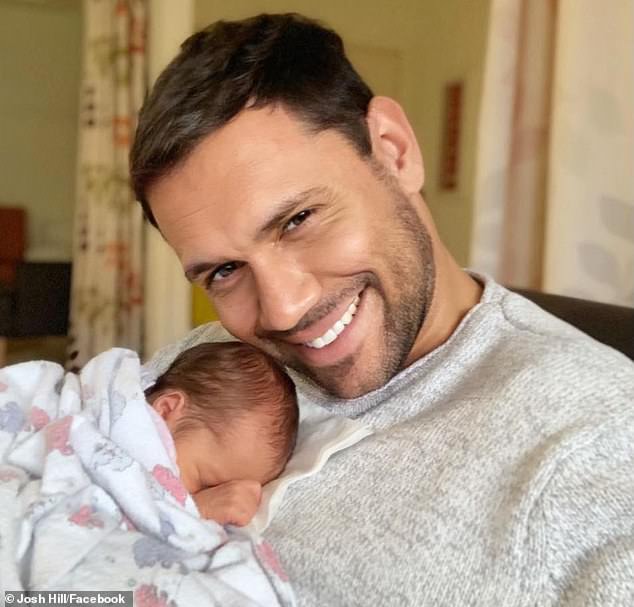 Hill last week updated his Facebook profile picture to this photo of him with his daughter, but there was no sign of pictures of another baby he fathered in the days after 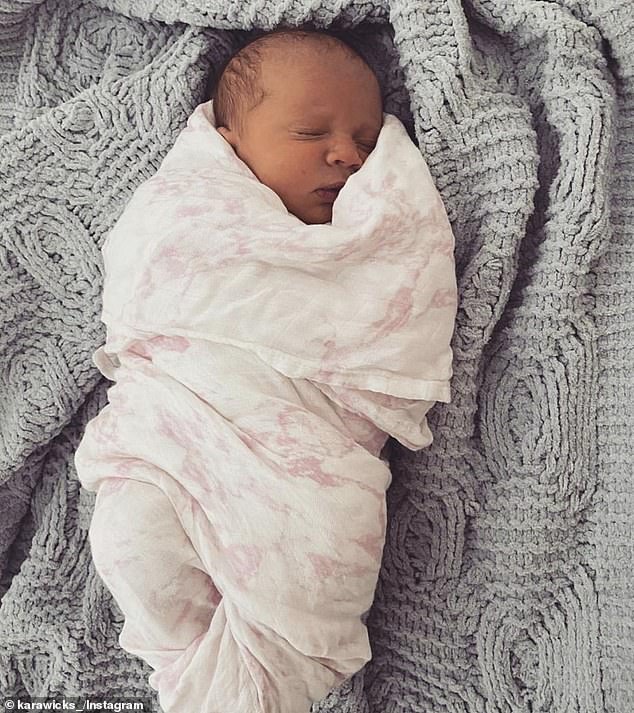 On August 13, Hill's ex-partner Kara Wicks gave birth to a daughter in Perth. Hill says that was a 'casual' relationship, despite the couple regularly venturing across the country to see each other and even going on overseas holidays together

The next time she was over she compared the image and noticed it was not similar, it was identical. She also found a bottle of blonde shampoo in the bathroom - although neither Hill or her had blonde hair.

'He'd always say things like: "I know I was meant to come hang out with you, but they (his family) have come down out of nowhere, I'll put money in your bank so you can get away instead",' Ms Munro said.

'He asked us to move near him but then suddenly his lease was going to run out. He referenced the future all the time but wouldn't give me any clarification.

'One time he changed plans last minute and I ended up having a big argument with him and I just said: "I'm not bothering with you anymore".

'But he begged me to bring the kids over and spend the weekend there and he took them to a game centre, then lay down in the loungeroom playing games with them, and he bought

PREV Several boats sink and multiple are in 'distress' at Trump Boat Parade on Lake ...
NEXT PICTURED: Jeffrey Epstein's cabin near Michigan arts academy where he ...