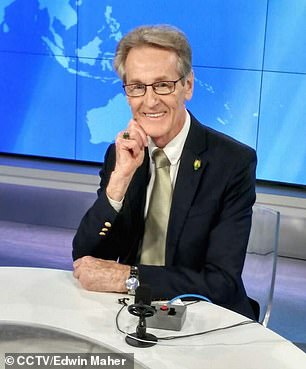 A well known ABC weatherman ended up as the face of Chinese state media in a bizarre career turn - and candidly revealed what life is like inside in a never-before-published interview.

Media personality Edwin Maher was a Melbourne TV sensation in the 1990s, famous for using quirky objects, such as carrots and ice cream cones, as pointers while presenting the weather.

But Mr Maher's broadcast career then took a remarkable lurch to Beijing when he was appointed the first non-Asian anchor of the country's English language news programs in 2004.

Candid observations Mr Maher made in a 2016 interview about working in Chinese state media can now be revealed - as Australia is repeatedly slammed by Chinese state-run newspapers and a fellow presenter of Mr Maher's, Cheng Lei, is detained for unknown reasons.

At the time, Mr Maher bristled at suggestions he might feel 'guilty' working for  state TV outlet CCTV 'because somebody might think we're mouthpieces of the government.' 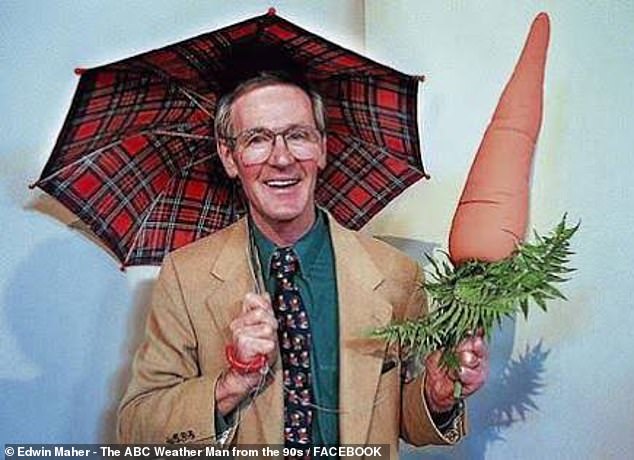 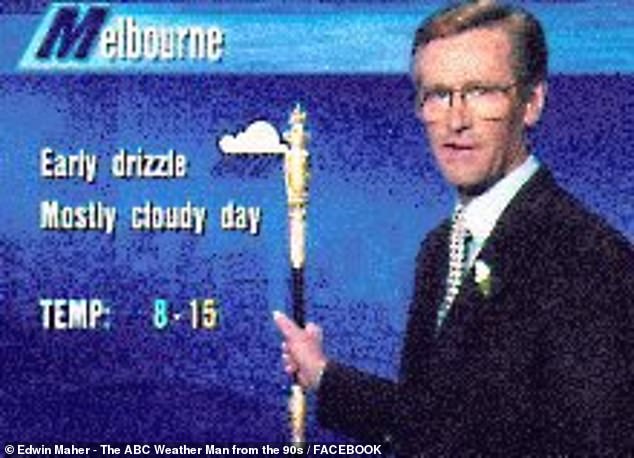 But Mr Maher, who, aged in his 70s, has since retired, was candid in admitting that China's 'official view' was often at the forefront of the station's reporting.

'You're trying to figure out if we're censored or not?' he asked. 'Obviously the news will at times present the Chinese point of view.'

Mr Maher said the state perspective was more 'in your face' when he started working there more than a decade ago.

Then, the channel would refuse to broadcast video of the elected leader of Taiwan.  The democratic island is seen by the Chinese government as a breakaway province.

There are some things that are reported on and some that aren't. It's a fact of life

Edwin Maher when asked about the Tiananmen Square massacre

But Mr Maher said the door had opened 'a hell of a lot wider' since. State media now reports on criticisms of China's positions, and knows it must, given it competes internationally with the likes of the BBC.

'If there was some dispute in trade with the United States calling Chinese currency manipulators, the view from China - the official view - would be very much to the forefront,' Mr Maher recalled.

'Now I mean it still is, but we're also making the point if there is a dispute, we will say what the criticism of China is, be it anything to do with trade or be it to do with the South China Sea issue which is always in the headlines.

'From that point of view things have really changed.' 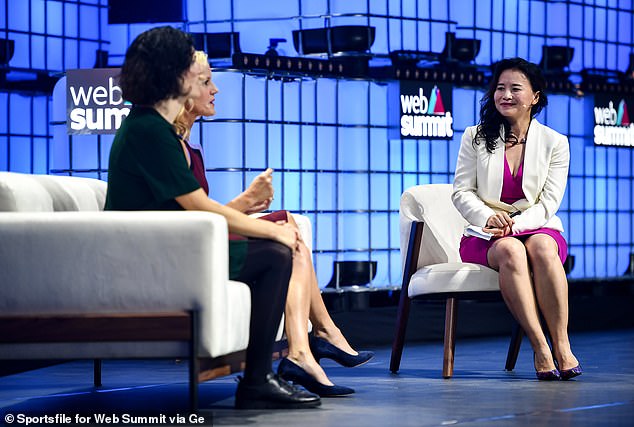 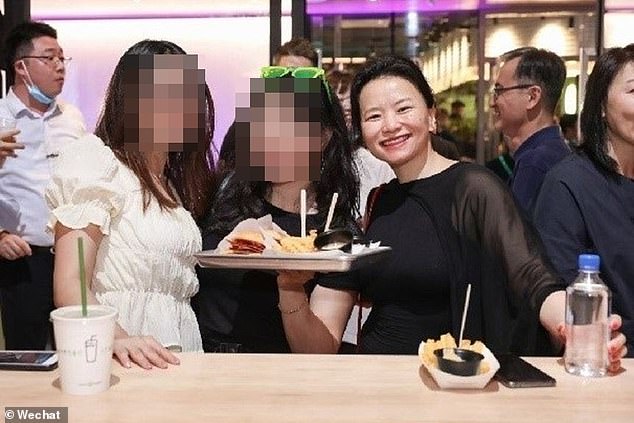 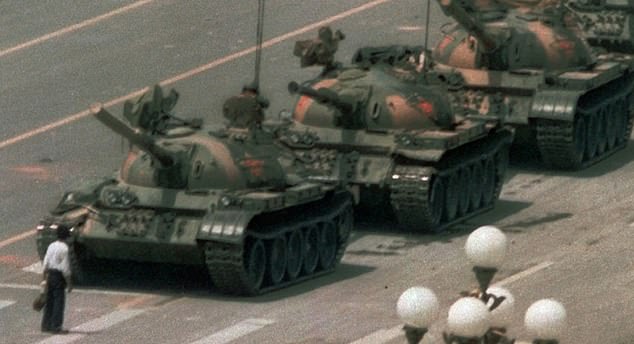 'Some things' - such as the Tiananmen Square massacre - aren't referred to in CCTV reporting. Above, the famous 'Tank Man' photo

Asked about issues that are famously known to be censored in China, such as the 1989 Tiananmen Square massacre, Mr Maher flatly said it was a 'fact of life' that some issues weren't discussed.

'We (sleep) here, we work here, we know there are some things that are reported and others