David Koch has gone head-to-head with Victoria's health minister over the government's decision not to reopen the state until new COVID-19 cases drop to just five a day - which is less than NSW or Queensland.

The lockdown will only lift on October 26 if the average number of new cases falls below five and there are fewer than five unknown source cases.

Mr Andrews announced on Sunday Victoria would need a 14-day average of five cases provided a 97 per cent chance of avoiding having to go back into lockdown.

Victoria's average daily number of cases during the previous 14 days was about 100.

'It looks as though you've gone rogue on this. This is out of step with the rest of the country. It looks like you've gone broke,' Koch told Ms Mikakos. 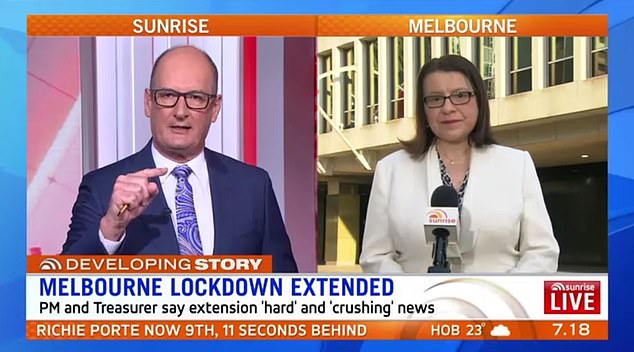 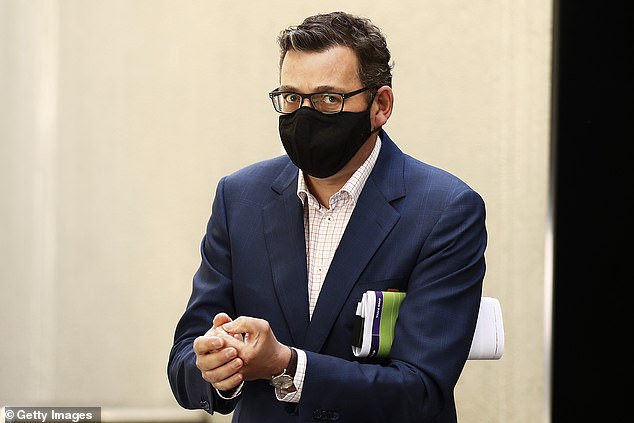 'This target of getting under five cases a day for 14 days before you get back to any semblance of normal is way different to New South Wales who is managing at an economy relatively open.'

Ms Mikakos said daily case numbers need to be brought down significantly before the government can 'safely reopen businesses and other economic activity'.

'If we just have a little patience we can get that,' she said.

'This is based on modelling that if we go too fast  we risk having a third wave that we have seen many countries who are in the throes of a second wave and have had to put restrictions back in place.'

But Koch again shut down the health minister's rationale, saying the majority of cases are from aged care and health care workers.

'You're not going to eliminate (the virus). NSW fluctuates between cases and they keep businesses open, they keep kids at school and they keep the economy going.

'You send these benchmarks of five (cases) a day which seems unrealistic. Are you

PREV Meghan and Harry will earn fees of 'only' $250k to $400k for speeches
NEXT Officer who pepper-sprayed seven-year-old at Seattle protest DIDN'T violate ...