Two 'illegal brothels' shut down in Melbourne and two women are found hiding in closets at the covert sex dens Police searched two properties in Melbourne's south-east, properties on Friday A man, 41, and woman, 35, were arrested and expected to be charged soon  The pair's charges will relate to running unlicensed brothels at residential homes Another five women fined $1,652 for breaching Chief Health Officer's orders

Two Melbourne brothels have been shut down by police for allegedly operating illegally - with two people arrested and five women fined for breaking coronavirus restrictions.

Victoria Police searched the properties in the southeastern suburbs of Ormond and Clayton on September 4.

'The warrants were executed as part of an investigation into contraventions of the Sex Work Act,' Victoria Police said in a statement. 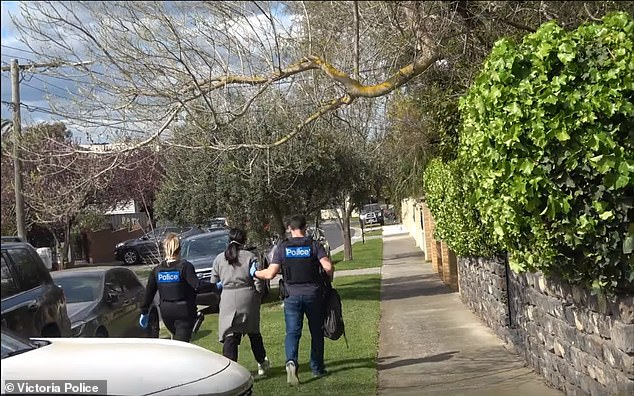 Victoria Police searched the Ormond and