School formals and graduations WILL go ahead in New South Wales but dancing and group singing will be banned School formals in NSW will go ahead despite COVID-19 cases Premier Gladys Berejiklian said health department working to allow the events   Comes after more than 53,000 people signed petition for events to go ahead

Previously banned school formals will go ahead in New South Wales after outrage from students and parents.

But some activities such as dancing and group singing will be banned from going ahead at next term's end of school year celebrations, Premier Gladys Berejiklian announced on Monday.

It comes after she announced on Friday that school formals and graduations will go ahead, as the state remained largely on top of the virus.

'I have every confidence that in Term 4 we would see formals, we would see graduations, but obviously in a COVID safe way.' 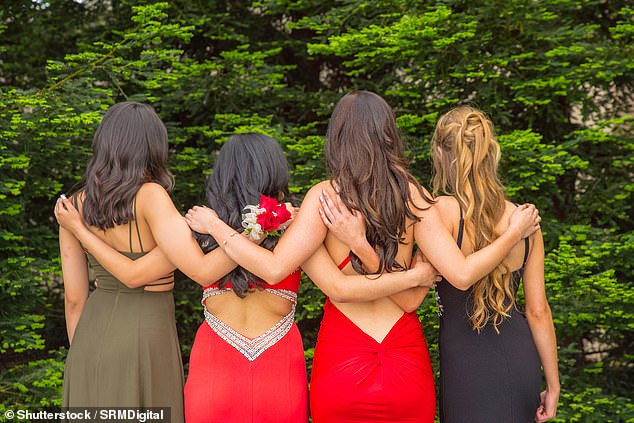 The ABC reported that it expected the restrictions would mean attendees would need to be seated and there would be no dancing.

Ms Berejiklian explained that the larger schools would still be able to celebrate but on the basis of 'multiple events of the same occasion'.

This means that bigger schools would have to have to break up their formals into multiple events so as to limit numbers at each and reduce the risk of COVID infections.

'But I just want students who are doing the