How the Instagram-famous wife of a suspected Finks bikie used $1,300 in FAKE cash to buy a PS4 and shoes during Westfield shopping spree Kayla Tianne Attie, 23, wife of an alleged Finks bikie, admitted to using fake cash Glamorous mother spent $1300 during a late night shopping spree at Westfield Attie and two friends went shopping with wads of $100 notes in their pockets The buxom blonde allegedly spent $729 at Footlocker and bought a $500 PS4

The glamorous wife of a heavily-tattooed alleged bikie has admitted to buying a Play Station 4 and shoes with fake cash during a massive $1300 shopping spree.

Kayla Tianne Attie, 23, was out late-night shopping with two of friends in August last year when she used counterfeit cash at both EB Games and Footlocker.

CCTV from inside Westfield Eastgardens, in Sydney's south-east, captured footage of the trio - including Attie who was described as blonde and with lip fillers - carrying a number of bags out of the store about 9.30pm, having shopped for some two hours.

But after the money was found to be counterfeit, NSW Police's anti-bikie Strike Force Raptor knocked on the door of the home Attie shares with her husband and alleged Finks OMCG member Sarmad Mekhail. 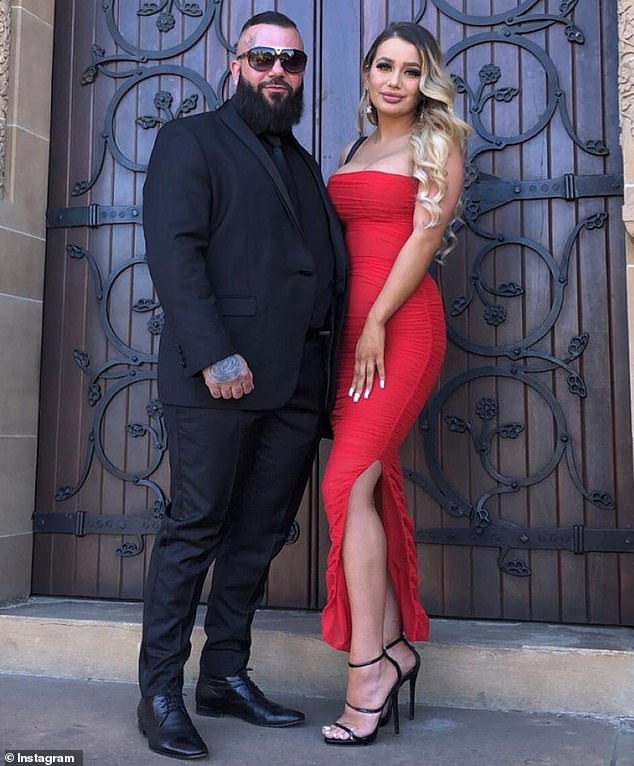 Kayla Tianne Attie (pictured with husband Sarmad Mekhail), 23, has admitted to using a bunch of fake cash to buy a Play Station 4 and shoes at Westfield Eastgardens in Sydney's south-east 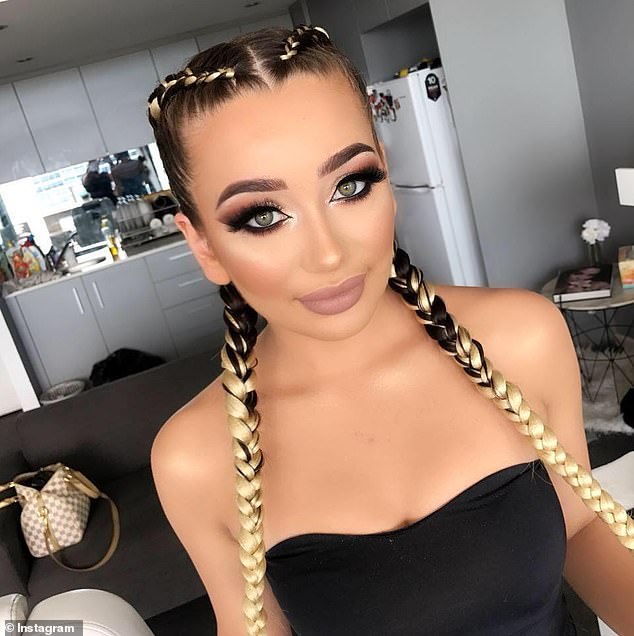 Attie was initially faced with five offences relating to the dodgy shopping spree, but police prosecutors did a plea deal with Mr Moussa to drop four of those charges.