Melburnians have blasted John Farnham songs from their front yards in an extraordinary 'mini' anti-lockdown protest.

Several hundred residents gathered in the CBD on Saturday to illegally protest against the city strict stage four lockdown, which sparked clashes with police.

But locals in a suburban street opted to protest legally from their own homes later that night which didn't involve breaching the strict night curfew or risking a $1652 fine.

One young woman uploaded a TikTok video of a note put in her letterbox on Saturday inviting the neighbourhood to take part in street protest at 8pm that night. 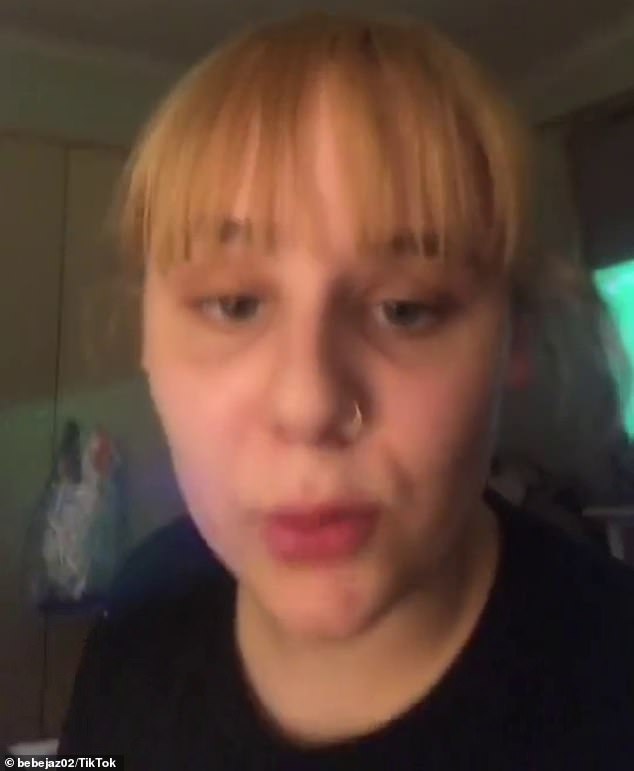 'Want to express you frustration? Don't want to get a fine?' the letter starts.

'At 8pm, we will standing in a front yard and playing three John Farnham tunes on full noise.

'Please join us from your front yard to belt them out.'

The author selected That's Freedom, Chain Reaction and You're the Voice as the Farnsy classics to be played.

'I f*****ng love my neighbourhood,' the woman says in the video. 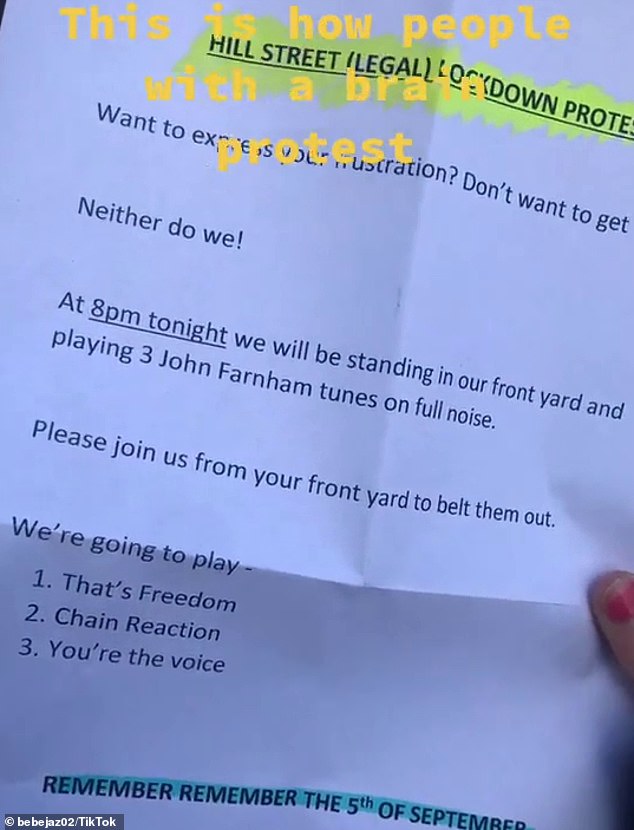 Residents in a Melbourne neighbouhood received this