Chilling moment a creep smirks and waves at a woman filming him from across the street 'before he walked over and groped her breasts' in Queens The woman, 30, filmed the clip in Astoria, Queens, at around 7pm on Saturday  Suspect smirked and waved before allegedly shouting: 'Where are you going?' Police have released the woman's cell phone footage as part of public appeal

This is the chilling moment a woman recorded a stranger harassing her on the street before he groped her breasts, according to police.

The 30-year-old filmed the clip as she walked through Steinway Street in Astoria, Queens, at around 7.05pm on Saturday.

The suspect smirked and waved at the woman, who was walking alone, before he allegedly began shouting: 'Where are you going?'

Police have now released the woman's own cell phone footage after asking for the public's help in identifying the man. 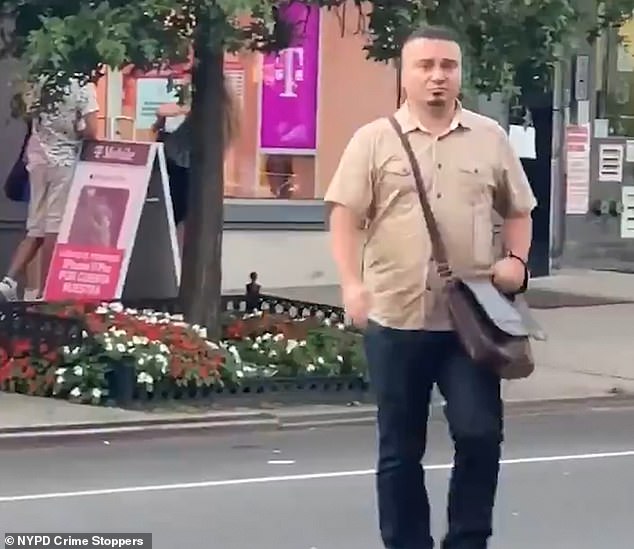