A 77-year-old pensioner beat and kicked his infirm wife of 61 years after snapping under the pressure of caring for her single-handed.

Michael Fentem strangled his wife Dorothy, 76, until she could barely breathe and stuffed clothes and tissues into her mouth to stop her wailing.

The retired factory engineer also kicked Dorothy, who suffers undisclosed health issues, so hard that he broke her toe.

Fentem, from Bury, Greater Manchester, would drink heavily and lose his temper as he single-handedly looked after his wife. 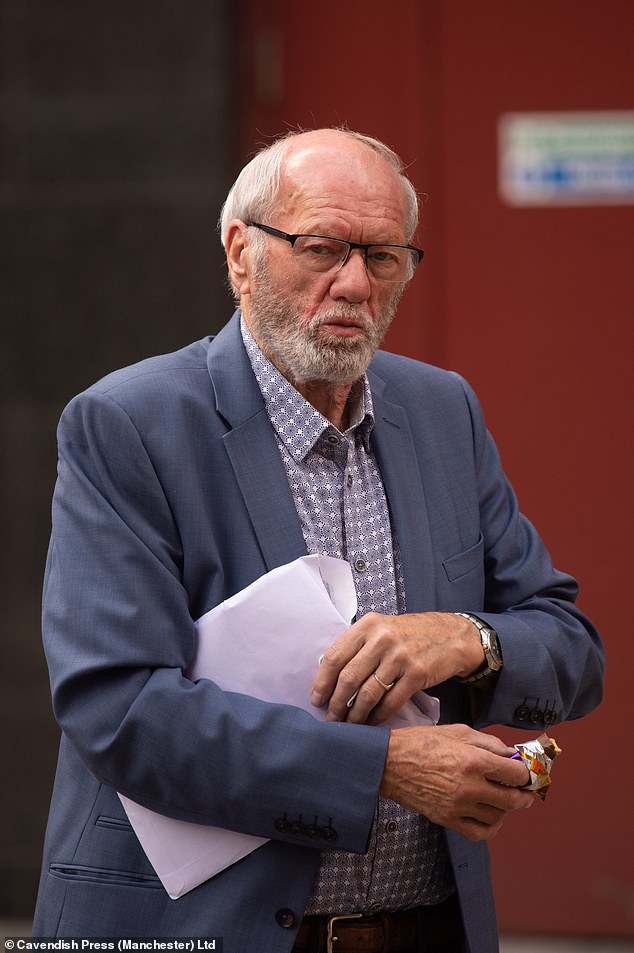 Michael Fentem, 77, (above) kicked and beat his infirm wife Dorothy, 76, over eight months after snapping under the pressure of caring for her single-handed in Bury, Manchester

Police were alerted on May 18 after paramedics were called to the couple's home after a report that Mrs Fentem had fallen over and hurt herself.

She told officers she had been repeatedly attacked by her husband over the previous eight months.

Fentem was arrested and taken to the police station where he said he didn't have a drinking problem but said it 'fuels the fire'.

Mrs Fentem, who is standing by her husband, told police: 'It's all my fault he wouldn't be like this except for me.'

Fentem, who admitted assault and controlling behaviour, broke down at Manchester magistrates court as he apologised to his wife, who watched from the public gallery.

He said: 'I have thought about it every day and I'm just disgusted with myself and sorry I ever did it.

'I don't think the support will ever be enough although they are helping me now and taking notice.

'I have to do everything around the house and care for my wife. I'm not trying to blame anybody else for what happened. I did it, I'm guilty and I shouldn't have done it.' 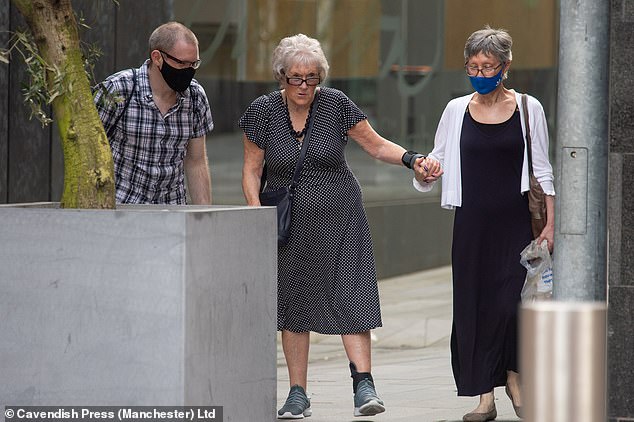 Mrs Fentem, who has been married to her husband for 61 years, said she is standing by him, telling police 'It's all my fault he wouldn't