Boris Johnson today warns Brussels that he will walk away from trade talks in five weeks unless the EU 'rethinks' its demands.

In a toughly worded ultimatum, the Prime Minister says there is 'no sense' in allowing faltering trade talks to continue beyond October 15, when EU leaders are due to hold a major summit in Brussels.

Mr Johnson says there is 'still an agreement to be had' but says he 'cannot and will not compromise on the fundamentals of what it means to be an independent country to get it', such as the freedom for the UK to set its own laws and fish its own waters.

The development came as it emerged the UK is planning to tear up parts of the Withdrawal Agreement ministers signed with the EU in January - a move that risks further damaging hopes of a deal.

Legislation due to be published this week would effectively wipe out commitments on customs checks between mainland Britain and Northern Ireland. Environment Secretary George Eustice insisted that the Bill was merely clearing up 'loopholes' in the pact with Brussels.

But the EU has responded with anger, with Irish foreign minister Simon Coveney warning that reneging on the deal would be 'unwise'.

Mr Johnson insisted that a No Deal departure would still be a 'good outcome' from which the UK would 'prosper mightily' as it exploits its new freedoms outside the EU. 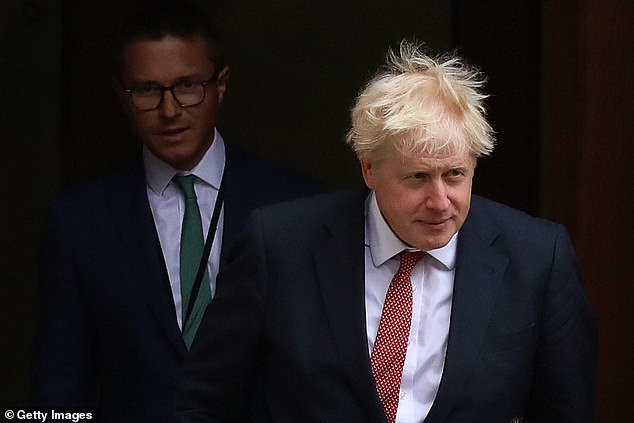 'There needs to be an agreement with our European friends by the time of the European Council on October 15 if it's going to be in force by the end of the year,' he said.

'So there is no sense in thinking about timelines that go beyond that point. If we can't agree by then, then I do not see that there will be a free trade agreement between us, and we should both accept that and move on.'

Pressed on whether the UK was facing medicine shortages if there is not a trade deal, Health Secretary Matt Hancock told LBC radio: 'I am comfortable that we have done the work that is needed.'

The PM's comments come ahead of crunch talks in London tomorrow between UK chief negotiator David Frost and his EU counterpart Michel Barnier.

Lord Frost yesterday vowed he would not 'blink' in the face of EU demands to accept continuing Brussels oversight of key areas of British law.

He urged Mr Barnier to 'take our position seriously' and act now to salvage talks. Lord Frost said the UK was not willing to be a 'client state' of Brussels in any circumstances, adding: 'We are not going to compromise on the fundamentals of having control of our own laws.'

Meanwhile the UK is planning a Bill that could override key parts of the Withdrawal Agreement.

Sections of the Internal Market bill, due to be published on Wednesday, are expected to 'eliminate the legal force' of the Brexit Bill passed last October.

That would potentially see Britain renege on promises on contentious areas such as state aid and Northern Ireland customs, the Financial Times reported.

Such a move risks being seen by the EU as an act of bad faith and could further damage hopes of a deal. The government has an 80-strong majority and could almost certainly force the change through Parliament even if there was a significant Tory rebellion.

However, Mr Eustice insisted it had always been the case that 'finer points' of the divorce agreement still needed to be resolved.

'The deal was always very clear, it had the Northern Ireland protocol, it set out the arrangements that would prevent the need for any checks along the Northern Ireland border but there were also one or two finer points of detail that still had to be resolved,' he said.

'Michael Gove is leading on that for us and they've been working through some of these very technical issues.

'All we're really saying is that once that process is concluded there may still be one or two loose ends and we just need the ability to give people the certainty they need to legislate to give that clarity – that's all this is about.' 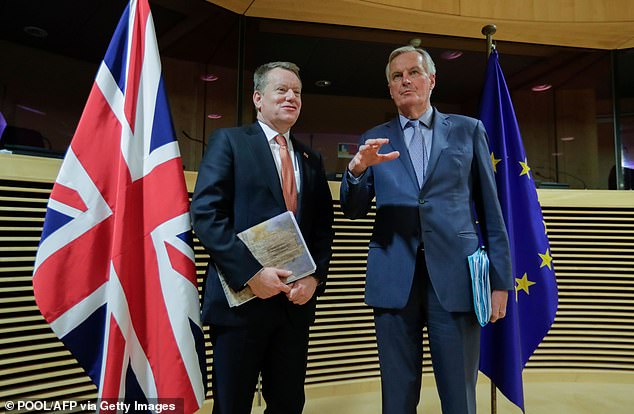