Mr Hunt made an emotive appeal to the Victorian Premier on Monday night, urging him to re-evaluate his road map to recovery and saying his coronavirus goals are 'not achievable'.

'We're saying to Victoria: Please listen to the calls and the cries of your people, your population who are saying "why can't we do what NSW has done" and not to demand zero cases from 14 or 28 days,' he told A Current Affair.

'Some of the epidemiologists have said it is simply not a likely or achievable figure and therefore creates a barrier which would be insurmountable.' 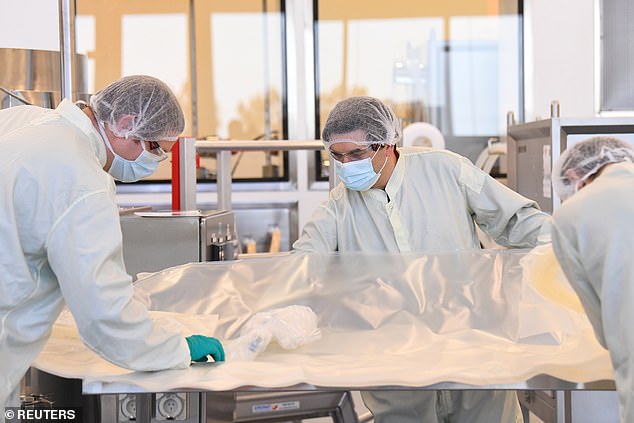 Scientists at the CSL Biotech facility in Melbourne on Sunday. Health Minister Greg Hunt said a vaccine would likely be ready by the first quarter of next year

Mr Andrews has set a goal of reducing the 14-day average to five new infections per day before lockdowns are lifted, however the Federal Government is pressuring him to ease restrictions earlier.

'Why does (Daniel Andrews) need the numbers to be so low, to be less than five. Why can't it be less than 10 or less than 20? He would probably say that, above that, you exceed the capacity to manage,' he told The Australian.

But University of Melbourne lead modeller Jason Thompson told the ABC's 7.30 that the higher the case load at re-opening, the higher the risk of more crippling shutdowns.

Reducing the fortnightly average case load to five per day would reduce the chance of another lockdown to just five per cent, he said. 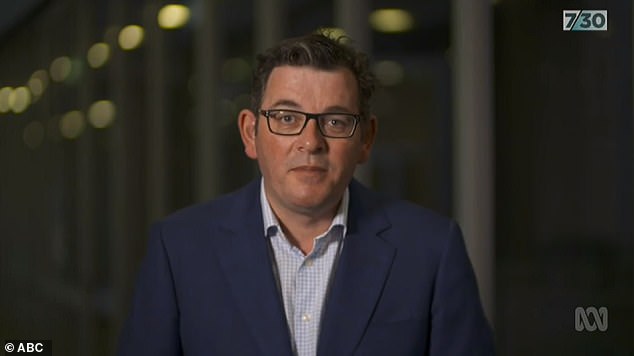 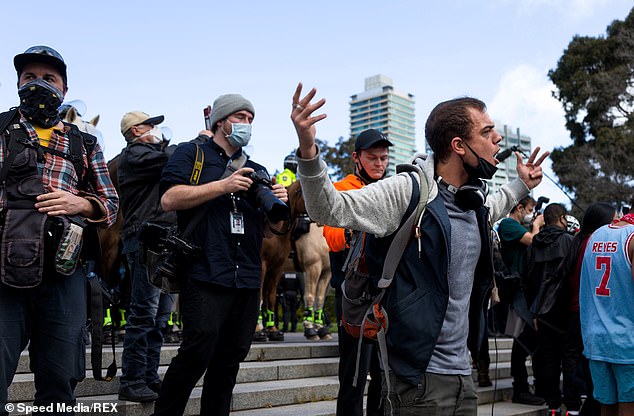 'What we look at is the longer term. What are the risks associated with going in and out of these shutdowns and then opening up and then shut downs again.'

Victoria recorded 41 new cases of coronavirus to take the state's total to 19,574 on Monday, according to Department of Health and Human Services figures.

Of the 1781 people sick with active infections, 266 are in hospital, 25 in intensive care.

Mr Hunt said testing, tracing and isolation had worked in Queensland, Tasmania and NSW, before comparing Victoria unfavourably with NSW.

'That's what's worked in NSW which has had multiple potential outbreaks which could have led to the same impacts as Victoria but for the strength of their contact tracing,' he said.

'Isolation and lockdowns are what you do when everything else has failed.'

Mr Hunt said the coronavirus targets had to be real and achievable, and said the national cabinet plan that was implemented across the country to fight the first wave of coronavirus had been successful.

Mr Andrews said the lockdown was working and it would be foolish to lift restrictions too soon and risk having to put the state back in another lockdown before Christmas. 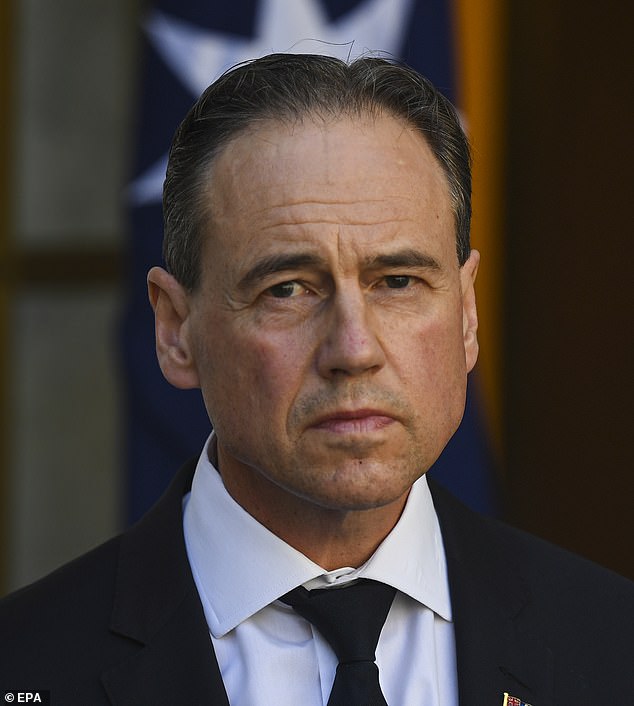 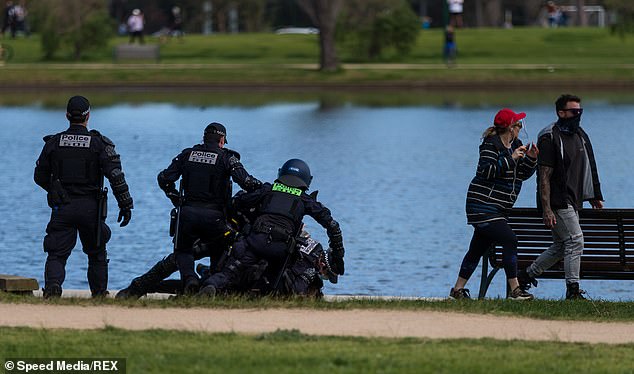 Pictured: a man is arrested during anti-lockdown protests on Saturday in Sydney

'So we are seeing very significant reductions in the number of people who've got this virus, the chains of transmission, the mystery cases.

'The strategy's working, but if you open up too much too early, you don't stay open for long.'

When asked whether Sydney would be under curfew now if NSW had taken the same approach as Victoria, Premier Andrews rejected the premise.

'Well I don't think it would be because Sydney's not had the amount of community transmission that we've had,' he said. 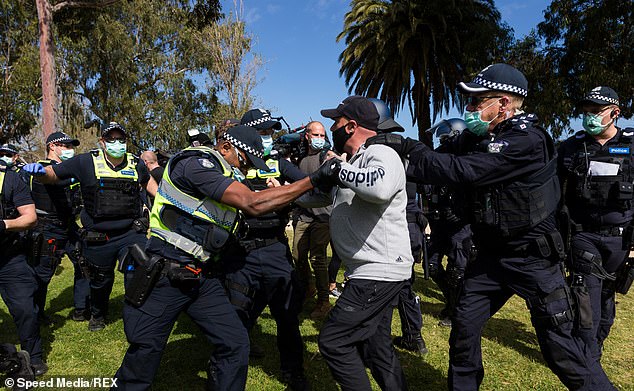 Pictured: coronavirus protests in Sydney on Saturday. Tensions are rising over lockdowns and Victorian Premier Daniel Andrews is under increasing pressure to lift Victoria's lockdowns 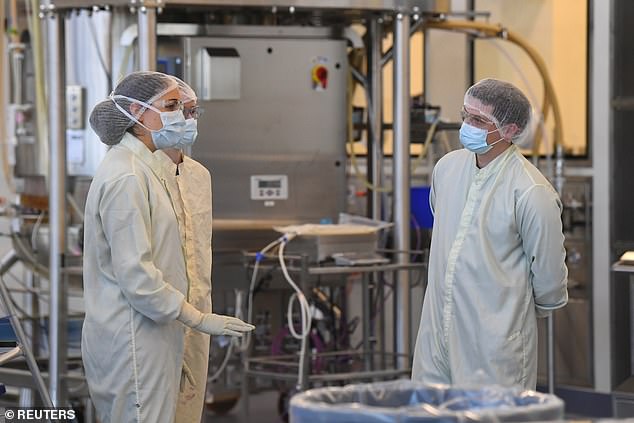 Scientists at the CSL lab in Melbourne. Federal Health Minister Greg Hunt revealed pharmaceutical giant AstraZeneca will not be liable for any side effects of a vaccine, however the government would not allow it to be released unless it is tested and safe

Victoria still has widespread community transmission from unknown sources, while NSW had only four new cases on Sunday bringing the state's

PREV US Election 2020: Trump marginally ahead of Biden in Texas
NEXT Four Navy aircrew parachute to safety moments before E-2C Hawkeye plane crashes ...