British holidaymakers have shared their fury as they make the mad dash to return home to the UK from seven Greek islands that will be added to the quarantine list from 4am tomorrow.

Transport Secretary Grant Shapps revealed on Monday that Lesvos, Tinos, Serifos, Mykonos, Crete, Santorini and Zakynthos are being stripped of quarantine exempt status as of 4am on Wednesday amid fears over a spike in coronavirus cases.

Since the announcement, tourists have had to scramble to make alternative plans, with many frantically booking last-minute flights so they don't have to self-isolate for two weeks once back in Britain.

The rush to return home is now underway, though unimpressed travellers have taken to social media to blast the government.

One wrote: 'Currently in a half full hotel in Zante. @grantshapps reckless decision to impose a travel ban and lack of advice to @TUIUK has left us not knowing what's happening. Bolton has over 5 times the infection rate of Greece, but people don't have to quarantine when they leave?'

Others have posted memes mocking the government and poking fun at the situation. 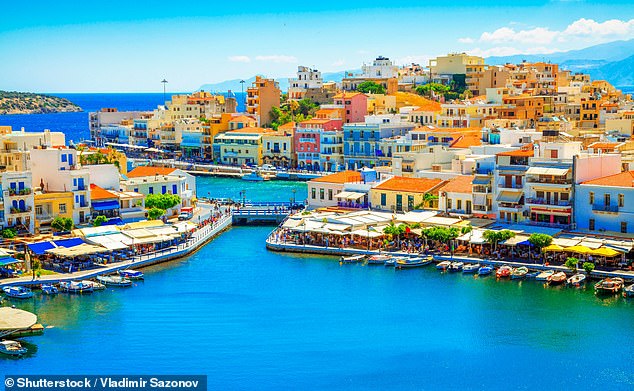 The Transport Secretary revealed that Lesvos, Tinos, Serifos, Mykonos, Crete (pictured), Santorini and Zakynthos are being added to the 'red' list as of 4am on Wednesday 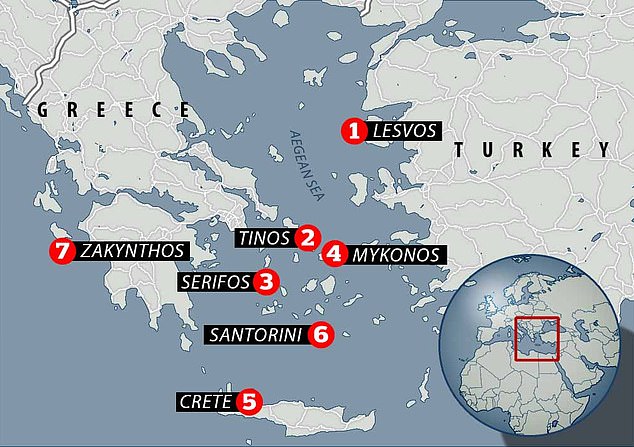 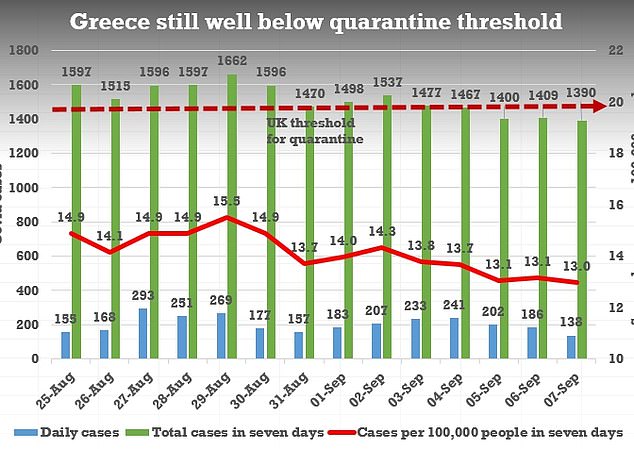 Holidaymakers are reporting huge price hikes for their journeys back, with some having to pay out three times more than they planned.

Are you trying to get back from Greece before 4am tomorrow? Let us know: [email protected]

Accountant Julie Frew has a tight window of just three hours between her scheduled arrival back in Birmingham and the cut-off point.

The 46-year-old has been in Crete for nearly two weeks with partner David Wort, 48, and is anxious that any slight delay on the journey home could mean both have to quarantine, as well as daughter, Lauren, 23, and her two small children who are due back at nursery over the coming days.

She told MailOnline: 'It's definitely going to be a case of biting our fingernails over the next 24 hours.

'I don't understand it because if anything it seems safer here than in the UK.

'It's been very quiet, there's barely anyone on the beaches, all the staff wear masks and there are hand-sanitisers on every table.

'It's not like it's a party island, everything shuts down by midnight, and I think they've only had one or two cases reported a day for the last few weeks compared to our thousands - we had no concerns coming here.

'The government just don't seem to know what they're doing, they're quoting different numbers and it's like they're playing Russian Roulette. 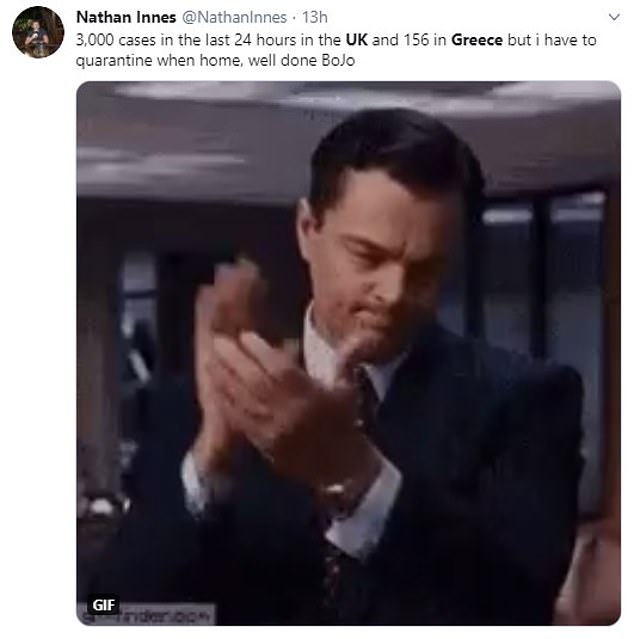 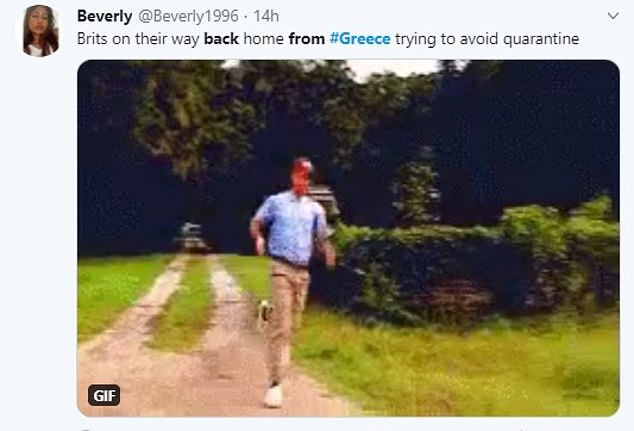 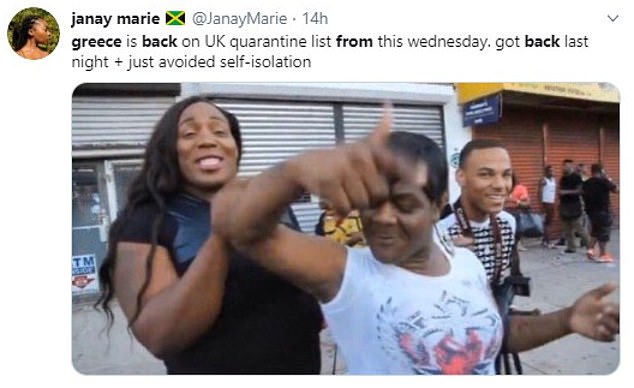 'Both of us are very angry and frustrated about it because we've followed the rules throughout lockdown and it feels like we might be punished.

'We've been looking forward to this holiday for months and it's been a well-deserved break away from a very hard year.

'Thankfully neither of us are in a position where we'd lose jobs or pay as a result of quarantine but I'm sure plenty of others face that threat.'

Beth Maybury, 24, from Leeds, echoed Ms Frew's view that life in Crete was more comfortable than in the UK.

She said: 'We've felt 100% safer here than back in Leeds as all employees are wearing masks and areas are a lot less crowded.

'Bars etc just seem a lot quieter, the hotel seems not even at half capacity so there's plenty of room round the pool/beach. There just seems to be a lot more awareness in terms of masks too.

'We live near the White Rose (shopping centre) in Leeds which has been consistently heaving throughout with people ignoring social distancing measures while out shopping and going out to eat.

'I've been nervous going out for food or drinks in the UK because it's too busy with no one following rules which is (the) polar opposite to how I feel here. 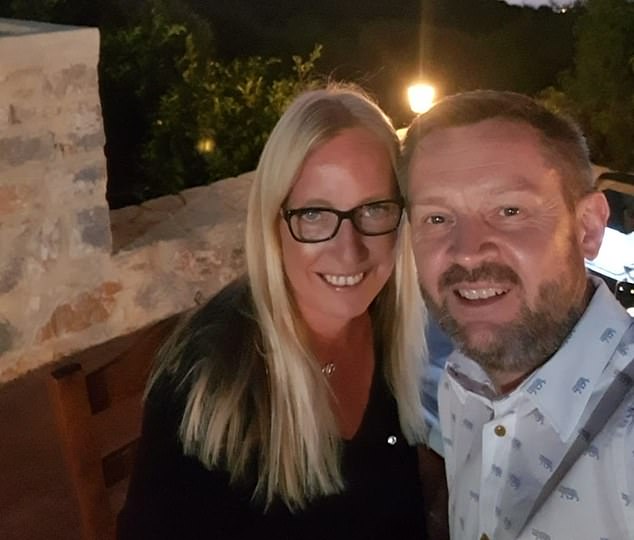 'I've worked all throughout lockdown as I'm a key worker and I've been so nervous to do anything outside of work. I've had to fly four hours to feel comfortable doing anything.'

Meanwhile, author Fiona Perrin, who has been celebrating her tenth anniversary with husband Alan O'Reilly on the island, booked an earlier flight to come home but had to shall out more than treble the initial cost.

She said: 'We were planning to come back on the Wednesday and thought we'd be fine because the quarantine list is normally announced later in the week.

'It was just the shock of seeing the price surge before our eyes, literally as I went to get my credit card, I looked up and it had risen again, it was extraordinary.

Matt Hancock today insisted coronavirus testing for arrivals in the UK will be introduced 'as soon as it is practical'.

The Health Secretary said the government recognised how much strain the requirement for 14-day quarantine was putting on the travel industry.

He warned that doing just one test at the airport 'doesn't work' as too many asymptomatic cases would be missed.

But he confirmed that the government is working on a plan for screening incomers after around eight days, which could potentially halve the quarantine period.

'It is one of the things that we are looking to being in as soon as it is practical to do so,' Mr Hancock told an LBC radio phone-in.

Ministers have been rattled by mounting Tory anger over the disastrous quarantine policy, with claims that 110,000 jobs linked to the aviation industry are at stake.

The arrangements have been cast into further doubt as the UK's number of cases are now nearing the threshold at which it imposes isolation rules on other countries.

The government is considering two options to open up the skies and help rescue the Covid-ravaged economy.

Under the first, passengers would be given an airport test on