Best friends: Adorable moment an orphaned elephant gives two dogs a ride on her back in Thailand Six-year-old elephant Valentine allows two rescue dog friend to ride on her back The elephant carefully walks through sanctuary as her passengers enjoy the ride Footage was filmed at the Tiemchan Elephant Camp in Chiang Mai  in Thailand

An orphaned elephant displayed her inseparable bond with two rescue dogs as she took her canine friends for a ride on her back in Thailand.

Footage captured at the Tiemchan Elephant Camp in Chiang Mai shows six-year-old female elephant Valentine let her two canine friends, Hiccup and Maa, sit on her back for a tandem ride.

The elephant, who was born at the elephant sanctuary, carefully moves across the ground as her two passengers enjoy the view from above. 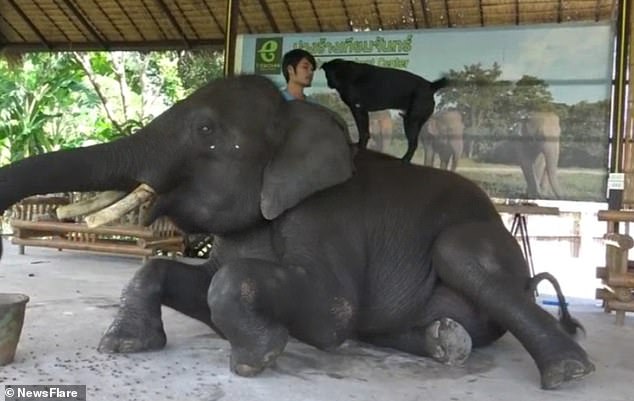 Six-year-old female elephant Valentine sits down and lets the two-year-old black Labrador Hiccup sit on her back at the Tiemchan Elephant Camp in Chiang Mai, Thailand 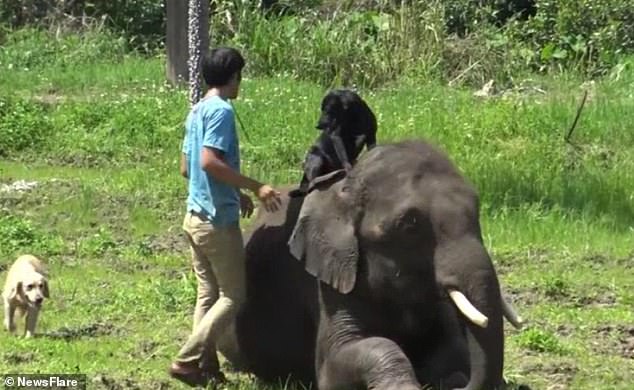 The elephant, who was born at the animal sanctuary six years ago, patiently sits on the grass for her canine passengers 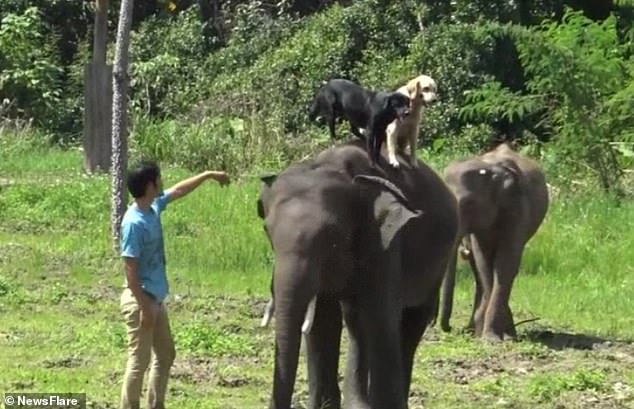 During the clip, which was filmed on August 27, Valentine patiently kneels down on the ground as the two-year-old black Labrador Hiccup is helped onto the elephant's back by a member of staff at the wildlife sanctuary.

Just seconds later, Maa runs towards the elephant and is lifted onto