New York Governor Andrew Cuomo on Tuesday said he would not reopen indoor dining in New York City despite the infection rate being less than one percent for weeks in a row now because, he said, it would double the number of bars currently open and there is no one to enforce social distancing standards.

The reasoning came after a conglomerate of bar and restaurant owners sued the state for $2billion in damages, claiming they were being unfairly shackled and stopped from making money.

New York City - which has more bars and restaurants than any other city in the US - remains the only metropolis in the world that is yet to resume indoor dining.

It is also the only place in the state of New York that has not been allowed to welcome diners inside again.

As colder weather approaches, outdoor dining - which has only been an option for a small percentage of the city's establishments - will end. 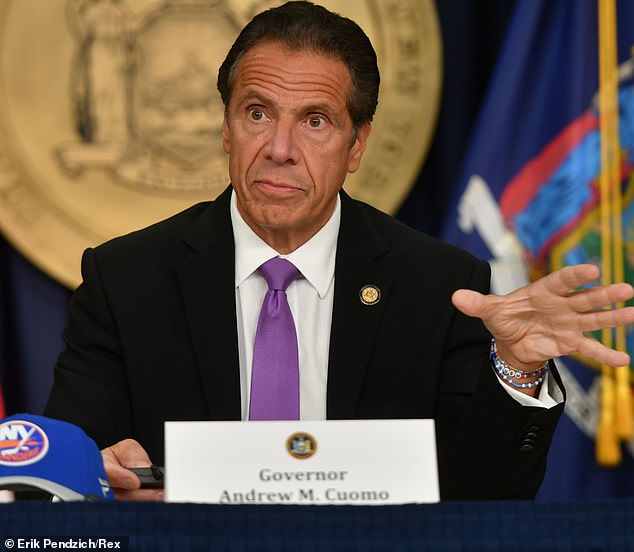 Gov. Cuomo said on Tuesday he would not allow indoor dining to resume until there is a team in place that would enforce social distancing rules. He says the NYPD can't do it because they are overstretched and that no one else has been put forward to handle the problem

With no plan to let people back inside, the industry is under an unprecedented threat.

But on Tuesday, Cuomo said he would not allow it to start up again unless the city - ie Mayor Bill de Blasio - came up with a unique task force to enforce the rules.

De Blasio has put forward no such plan.

'We have seen that opening bars has created a compliance and enforcement nightmare.

'From our experience Upstate, opening indoor dining caused issues. I beseeched the local governments to help and they did not.

'I would need additional enforcement capacity. It could be a local police department or it could be local health inspectors,' Cuomo said at his briefing.

New York City's infection rate has remained below 1 percent for more than a month now - far below the national average of 5 percent and much less than the 13 percent in Florida.

Despite the dwindling infection numbers, it still has some of the toughest lockdown rules.

Restaurant and bar owners in NYC have been crying out for some form of break for months. 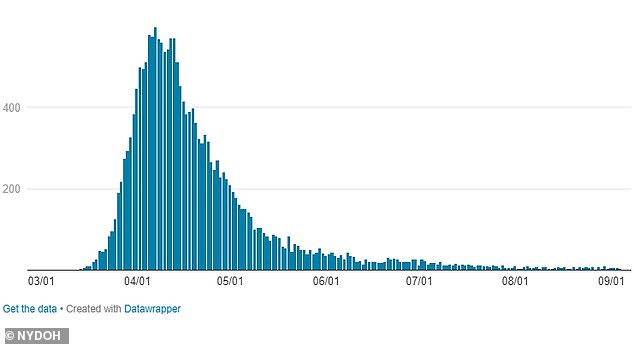 These are the latest numbers for cases, hospitalizations and deaths in New York City - the infection rate has been lower than 1 percent for a month 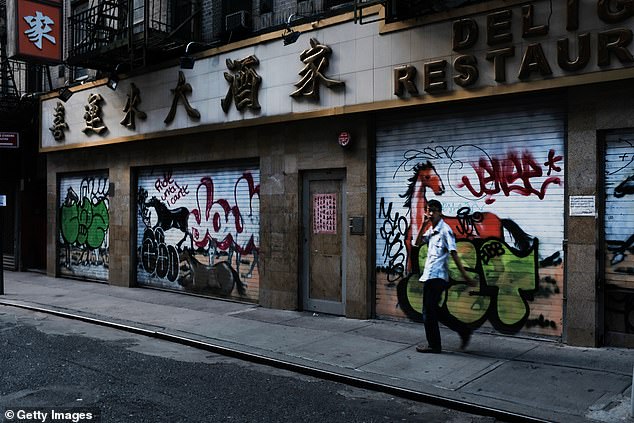 Despite the low infection rates, restaurants have been forced to