New coronavirus rules: What CAN and CAN'T people do in England from Monday?

The Prime Minister will announce on Wednesday that social gatherings of more than six people, both indoors and outdoors, across all of England are banned from Monday.

A full explanation of the new rules, and why they are coming into force is provided below.

What are the new rules?

From Monday, gatherings of more than six people will be illegal. Currently, the lawful limit on gatherings is 30 people. 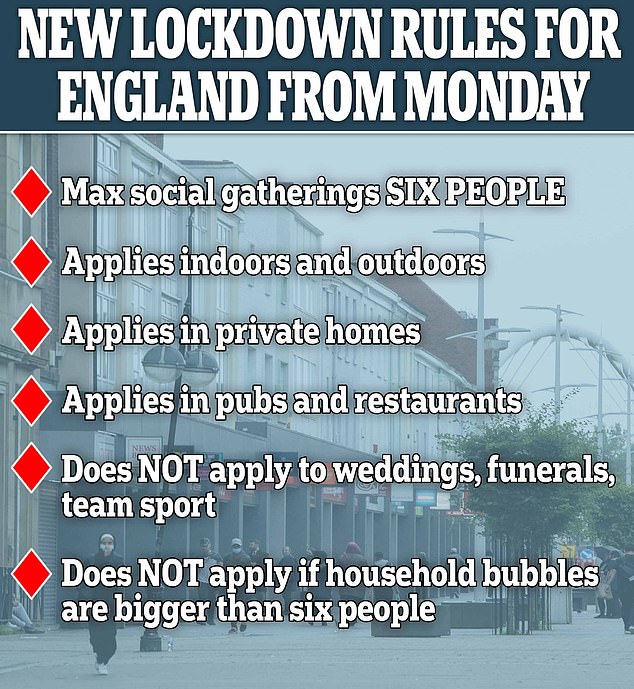 Why are they being introduced?

The chief medical officer, Professor Chris Whitty, and chief scientific adviser, Sir Patrick Vallance, have agreed that the action is needed urgently after the number of positive cases rose steeply.

In a Zoom meeting with Prime Minister Boris Johnson last week, police forces said they would like rules on social contact to be simplified.