Terrifying video shows the moment a trapped hiker was completely surrounded by flames as the Creek Fire blazed through the Sierra National Forest in California.

Jeremy Remington was one of more than 200 people who were eventually airlifted from the Mammoth Pool area to Fresno area hospitals.

'We are completely trapped,' Remington said in the brief clip. 'There's fire on all sides, all around us. All the roads are burnt.'

As Remington pans the camera, flames can be seen sweeping over acres. 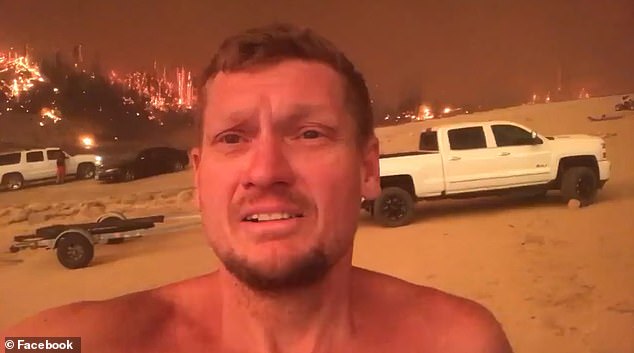 The Creek Fire was first sparked on Friday evening and quickly exploded to 143,929 acres as of midday Tuesday.

That fire is currently zero percent contained and is being fought by almost 1,000 firefighters as it encroaches on the communities of Shaver Lake, Big Creek and Huntington Lake.

In addition to the Lake Edison campers, the Creek Fire trapped another 214 people over the weekend, who had to be rescued by helicopter after the roads were blocked. 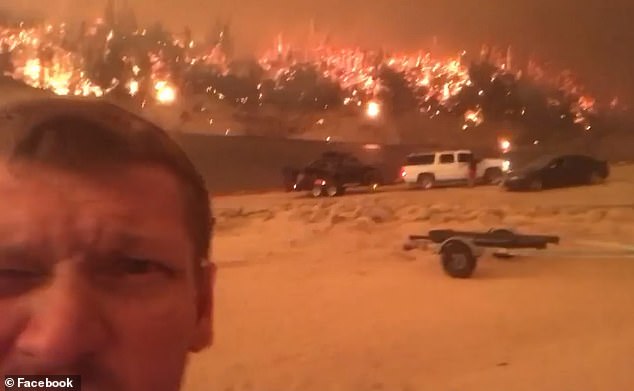 'We are completely trapped,' Remington said in the brief clip. 'There's fire on all sides, all around us. All the roads are burnt' 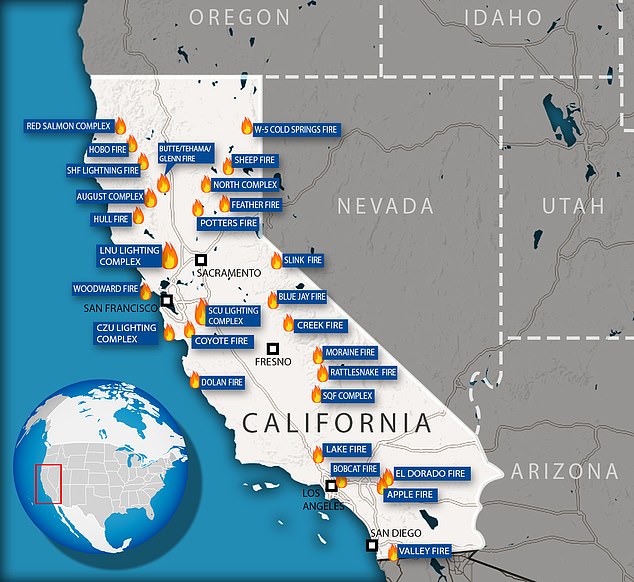 Beginning on Saturday night and continuing through Sunday morning, a Black Hawk helicopter and a large Chinook helicopter flew the 214 people to the National Guard base at the Fresno Yosemite International Airport.

The two aircraft conducted three lifts from the Mammoth Pool Reservoir along the Fresno/Madera County border, the National Guard said.