Pope Francis removes his mask as he touches worshippers and vows to defeat coronavirus with love at a 'limited' public audience at the Vatican as he steps up his return to normal duties Pope was all smiles as he shook hands and touched foreheads on Wednesday The 83-year-old removed his mask as he arrived at the San Damaso courtyard Despite socially-distanced seating, there was scrumming at barrier to meet him The Argentine pontiff gave a sermon on defeating coronavirus with God's love

Pope Francis today removed his mask and reached out to touch the faithful, both young and old, at a 'limited' public audience at the Vatican.

The 83-year-old, who resumed his Wednesday General Audience's last week, told the packed San Damaso courtyard that the coronavirus would be defeated by God's love.

The pontiff removed his mask when he stepped out of his car, he smiled and chatted, shook hands and touched the foreheads of congregants who scrummed at the barriers.

'The Christian response to the pandemic and to the consequent socio-economic crisis is based on love,' Francis told the masses as he reflected on 'Healing the World' in his sermon. 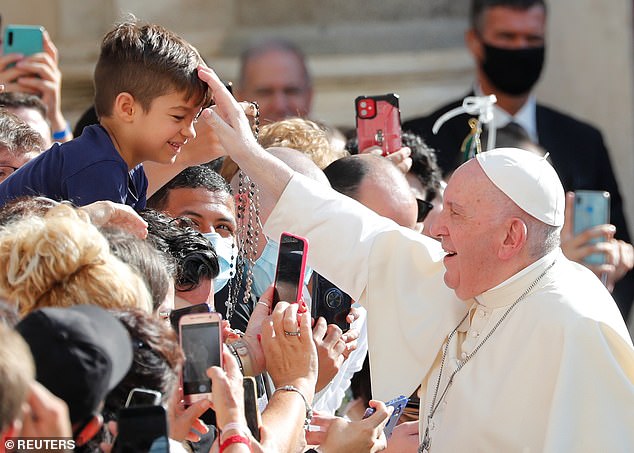 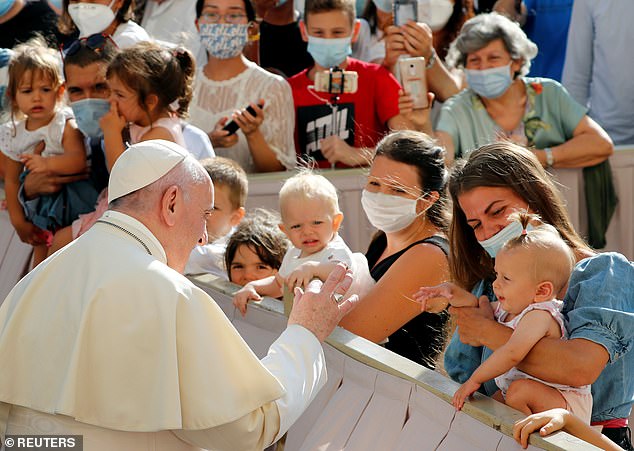 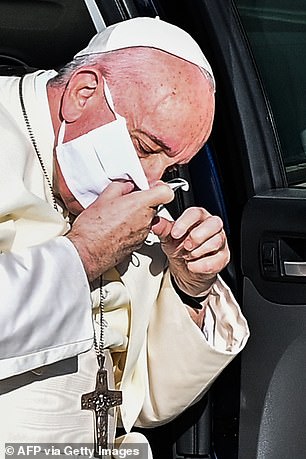 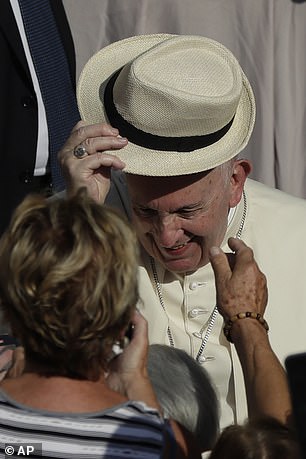 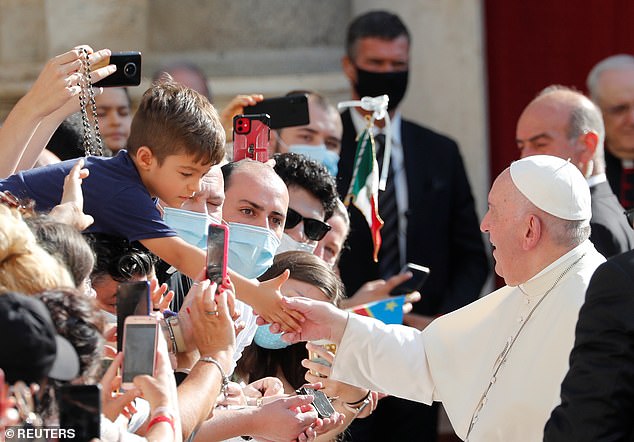 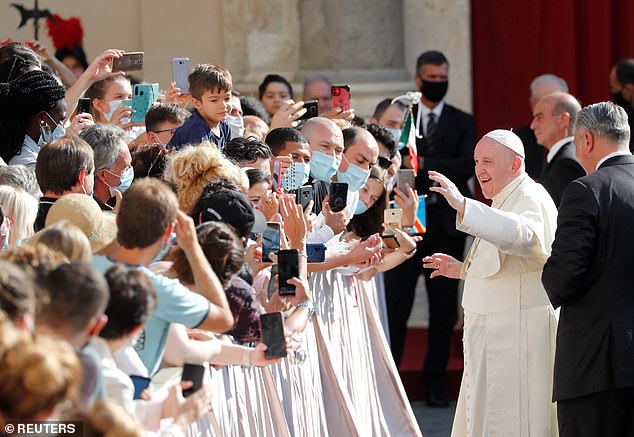 The Pope said we could emerge from the coronavirus improved by it 'if we all seek the common good together.'

PREV Tragedy as around 90 pilot whales die after becoming stranded on a sandbar off ...
NEXT Four Navy aircrew parachute to safety moments before E-2C Hawkeye plane crashes ...

sport news John Stones featured in a hard-fought Man City win at Wolves...but has his good ...