Snot amused! Poptart the cat has a hilarious rapid-fire sneezing fit - but her owner isn’t happy when his laptop is showered in spit Poptart the five-year-old rescue cat was filmed launching into a sneezing fit It was caused by Poptart sniffing her owner's lunch in Selinsgrove, Pennsylvania The video was originally posted on social media by a group called The Cat Squad

A cat in Pennsylvania left its owner disgusted after launching into a hilarious sneezing fit and firing spit onto their laptop screen.

Five-year-old rescue cat Poptart was sat with owners Emily, 29, and Zach Dale, 30, at their home in Selinsgrove, Pennsylvania, when she began sneezing.

In a video shared on social media, Poptart launches into a sneezing frenzy and unleashes around 20 sneezes in just 11 seconds. 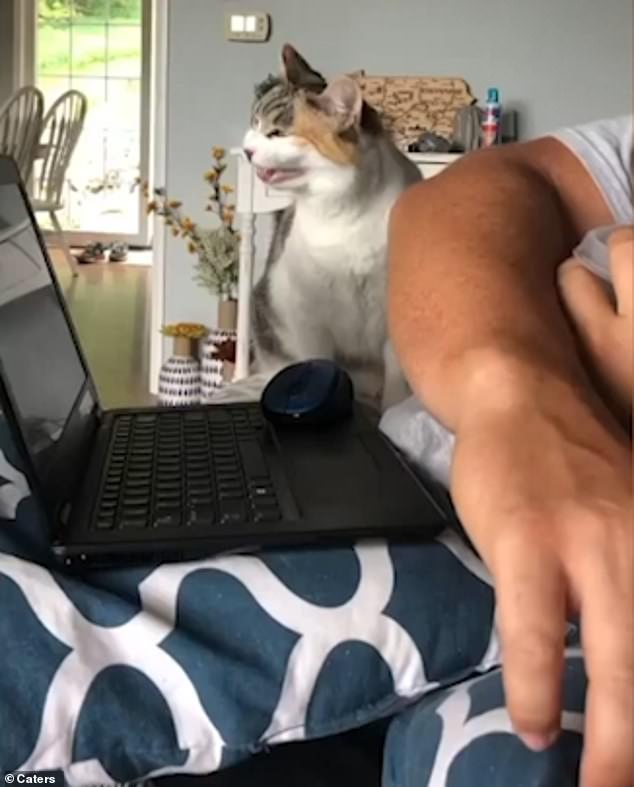 Poptart the five-year-old rescue cat launches into a fit of sneezes at her home in Selinsgrove,