Oklahoma football coach Lincoln Riley refuses to release team COVID-19 data because it creates a 'competitive disadvantage' after previously revealing that 'all but one' player at a 'major' position had become infected Oklahoma football coach Lincoln Riley will no longer release any of the team's COVID-19 testing, saying doing so gives opponents a competitive advantage  Many college teams have been releasing testing results without naming anyone Most major conferences are planning to play abridged seasons amid the pandemic, while the Big Ten and Pac-12 plan to kickoff in spring of 2020

Many college teams have been releasing screening results without naming players individually as some NCAA conferences prepare for the fall season amid the pandemic while others wait to start a postponed campaign in the spring of 2020.

Oklahoma's athletic department began testing in early July, and most recently announced 17 active cases among football players, including six new diagnoses. At the time, Riley admitted that one unspecified position had been ravaged by coronavirus, saying that 'all but one' player in that group tested positive. 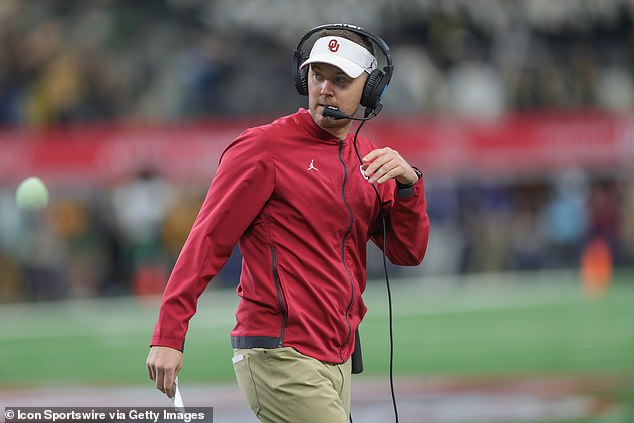 'I think we're to the point now where we're playing games and obviously any active case or contact trace is going to have game repercussions,' Riley told reporters Tuesday. 'So, just like we would with an injury, we made the decision to not broadcast that. I know we've been probably the most transparent school in the country up until then, but you don't want to give your team a competitive disadvantage, so we're not going to do that.'

Saturday marks the Sooners' opener against Missouri State, but