Female USPS worker, 24, in critical condition after being shot 4 times in Chicago while out delivering mail A 24-year-old female USPS worker was shot in Chicago on Thursday morning as she delivered mail on the city's South Side Cops believe she was not the intended target The shots came from vehicles driving by at a high rate of speed She is in a critical condition after receiving gunshot wounds to the back of both legs, buttocks area, stomach and the back of her head

A Chicago postal worker was shot four times by apparent stray gunfire Thursday morning as she was delivering mail along her route, police say.

The 24-year-old woman was hit by shots fired from vehicles driving by at a high rate of speed at around 11.38am in the Burnside neighborhood on the city's South Side.

The victim received gunshot wounds to the back of both legs, buttocks area, stomach and the back of her head.

Cops said she does not appear to be the intended target and is currently in a critical condition in the University of Chicago Medical Center. 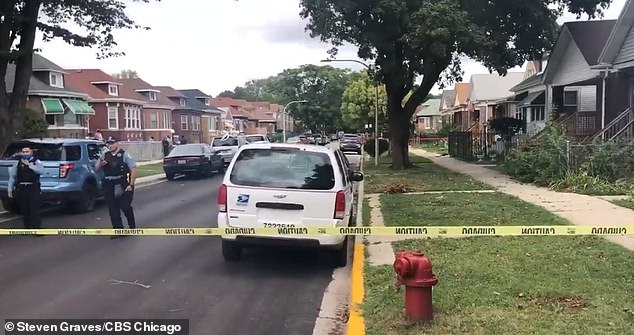 Chicago police are investigating after a 24-year-old postal worker was shot as she delivered mail on Thursday morning. They do not believe she was the intended target

The Chicago Fire Department and witnesses on the scene confirmed to CBS that the woman was a mail carrier.

Officers said she had been wearing her

St. Louis prosecutors will NOT prosecute nine people who were charged with ...