Terrifying moment five-metre great white bites fisherman's tinny as sharks swarm waters off a popular NSW beach after a whale's carcass washed up on rocks A whale carcass washed up on the rocks at Bulli Beach, in NSW's South Coast, on Thursday afternoon Since then a swarm of tiger and great white sharks have flocked to the area, leading to beach closures Fishermen have captured sharks trying to take a piece out of their boat motors while circling around them

Sharks up to five metres long have swarmed a popular NSW beach after a whale carcass washed up on the rocks leading to a mass feeding frenzy.

Bulli and Sandon Point beaches near Wollongong on the state's south coast were closed on Thursday afternoon due to 'multiple large shark sightings'.

A day later monster sharks were spotted across the coastline circling around boats as local fishermen watched on in horror. 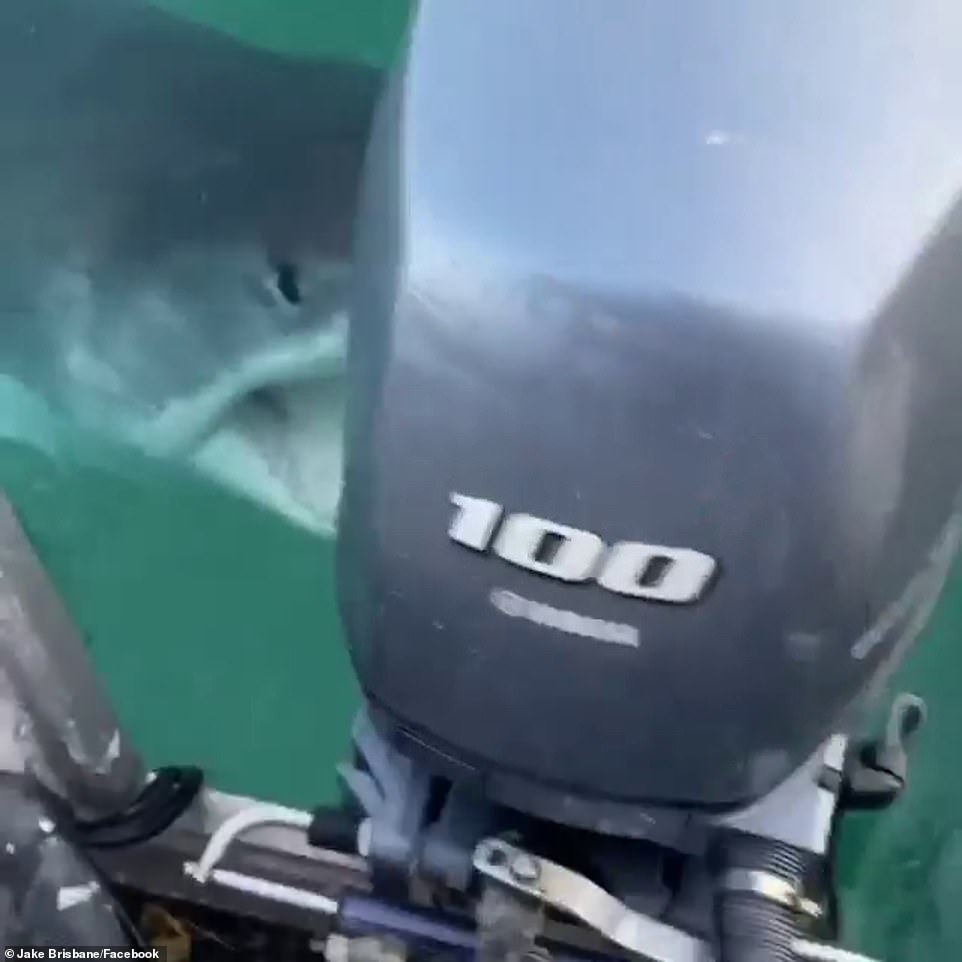 One of the huge sharks sunk its teeth into the motor of a local's fishing boat on Friday. Beaches were closed on NSW's South Coast due to multiple large shark sightings

Jake Brisbane was out fishing with a friend in Bulli Beach on Friday morning when a shark leapt from the water and sunk its teeth into the boat's motor.

'One of the most insane mornings on the water I've ever seen,' Mr Brisbane said sharing a video to Facebook.

He said another shark also appeared moments later hungry to find the whale.

Two other fishermen spotted what they believed to be a great white bigger than their five-metre long dingy.

In harrowing footage, the shark is seen cruising underneath their boat before circling around the area.

Police have since launched an operation