Hotels and restaurants fear new lockdown rules could 'crush Christmas trade by billions,' as Conservative critics of the rule of six say restrictions could be 'worse than the disease itself.

From Monday, new lockdown rules in England will mean no more than six people will be able to gather indoors or outdoors.

The hospitality industry says it has already been hit hard by this week's announcement from Boris Johnson, with self-catering holiday homes seeing 'thousands' of cancellations, according to the Professional Association of Self-Caterers.

Yesterday Mat Hancock faced a grilling from Conservative MPs over the new measures, as Sir Desmond Swayne asked if govenment policies were 'having an impact worse than the disease itself?'

Mr Hancock said the new rules were 'necessary for the public health of the nation.

There are also warnings that the new rules could take billions away from retailers preparing for the Christmas rush.

Independent retail analyst Richard Hyman told The Guardian: 'I think that this could reduce retail spending by billions. Toys and presents will obviously be bought but I think clothing sales will be hit.

'Clothing retailers need the fillip triggered by going to parties and family gatherings. That's clearly going to be significantly curtailed.' 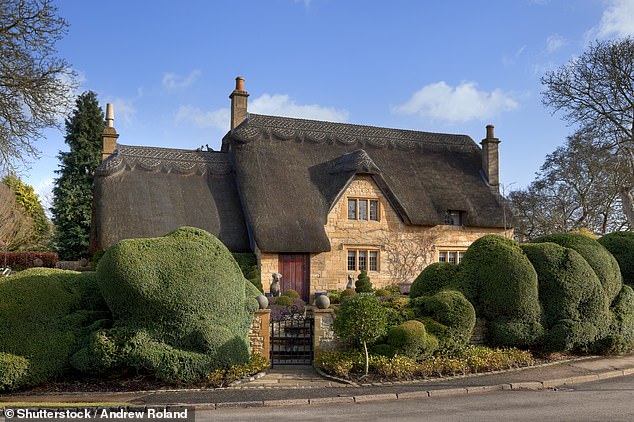 'Thousands' of holiday rentals on self-catering cottages and homes have been cancelled following the rule of six announcement on Wednesday, the Professional Association of Self-Caterers has said

Michelin star chef Tom Aikins has warned a lack of Christmas party bookings could see restaurants close, unless offices are allowed to book in groups larger than six.

He told BBC Radio 4: 'For a lot of restaurants and hotels, its their bread and butter business at this time of year going into Christmas. If that's not happening, it's possibly going to make restaurants shut down.'

Kate Nicholls, chief executive of UKHospitality, feared new rules would wipe out the positive impact of the Eat Out to Help Out scheme.

She told The Guardian: 'The fear is that, having built momentum over August and brought back two-thirds of our workforce from furlough, consumers get nervous and feel they can't go out. There was a very clear don't socialise message.'

Self catering holiday homes are also at risk, following what Martin Sachs, chair of the Holiday Homes Association described as a 'devastating' period of lockdown.

Asked about the impact the rule of six could have on larger holiday homes, Mr Sachs told MailOnline: 'It's going to have a major effect on a substantial part of the holiday market.

'Owners of these properties are not going to be able to let them for the normal price, they'll have to let them according to price of six-person property.'

Alistair Handyside, chair of the Professional Association of Self-Caterers said smaller holiday cottages may escape harm, but it could devastate larger properties.

He told BBC Radio 4: 'Not many people want to book six people into a property that's designed for 25 and rattle around. So they will probably be bereft of bookings for the next few months.