We WILL keep firepower to fight another Falklands: Defence Secretary reveals Britain will retain its ‘tier one’ military power and invest more in electronic warfare including drones Britain will retain its ability to wage war as a 'tier one' power, it is claimed  Armed forces minister Ben Wallace said Britain could still fight a Falklands War The Ministry of Defence is currently waiting for the latest defence review  The review, published in November, is expected to bring major budget cuts

By Larissa Brown For The Daily Mail

Britain will retain its ability to wage war as a ‘tier one’ power, the Defence Secretary insisted yesterday.

Ben Wallace said the Armed Forces had the strength to fight another Falklands alone and would invest heavily in electronic warfare. However the Ministry of Defence is preparing for its funding to be further cut due to the financial fallout from the pandemic.

A review, which is due to be published in November, is examining ways to save cash and modernise at the same time. 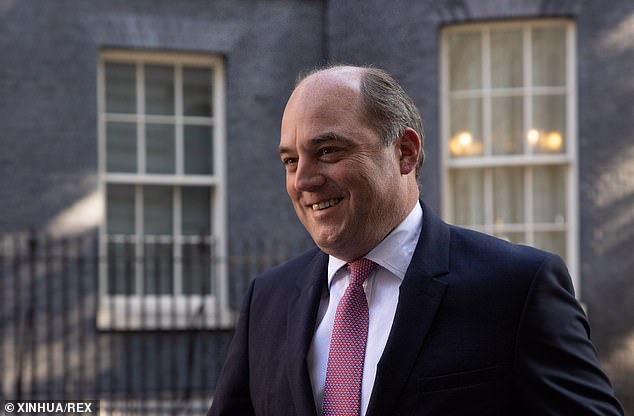 Armed forces minister Ben Wallace, pictured, said: 'We should always plan to rely on different allies, but we should also be able to fight a war where we can do things on our own'

In an interview with the Daily Mail, Mr Wallace outlined his ambitions, saying: ‘We should always plan to rely on different allies, but we should also be able to fight a war where we can do things on our own.

‘We are never going to give up our ability to provide for ourselves a long-range UK sovereign capability to cover a range of scenarios.’

He said he would not ‘delude’ the Armed Forces by