Police have arrested at least three anti-lockdown protesters after swarming the streets of Melbourne in a bid to shut down a 'Freedom Walk' rally.

Officers on horseback and in riot gear were seen sprawled across the city in preparation for protest that was due to kick off at 11am on Saturday in the city's Tan walking track.

At least six demonstrators have already been taken away in handcuffs as police attempt to avoid a repeat of last week's protest that saw violent clashes leading to 17 arrests.

One man was arrested on Saturday after holding an anti-lockdown sign and calling out to police outside the Shrine of Remembrance.

The man told News Corp he wasn't a conspiracy theorist but was anti-government and nodded when asked if it was 'worth the fine'. 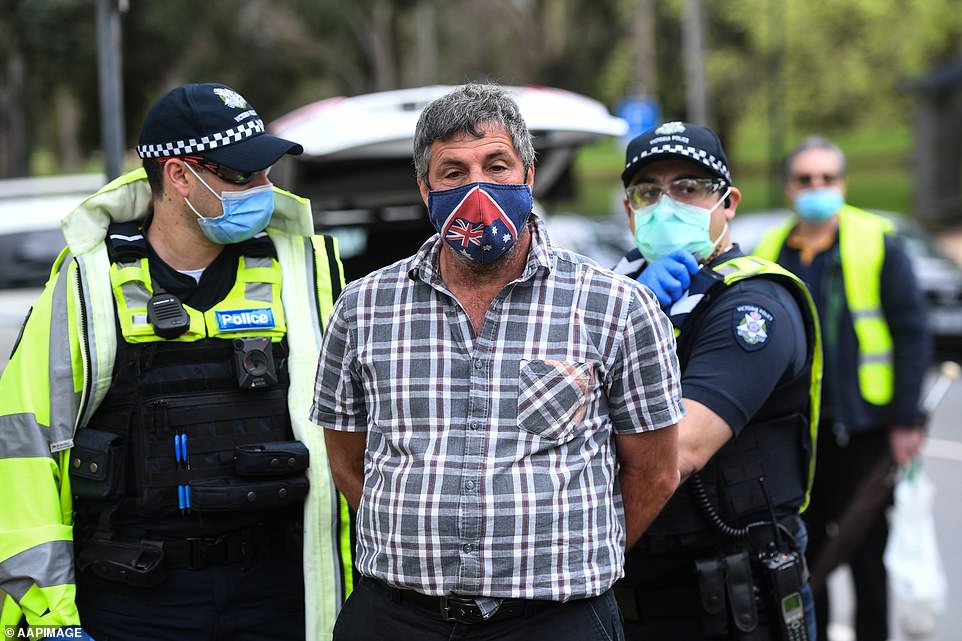 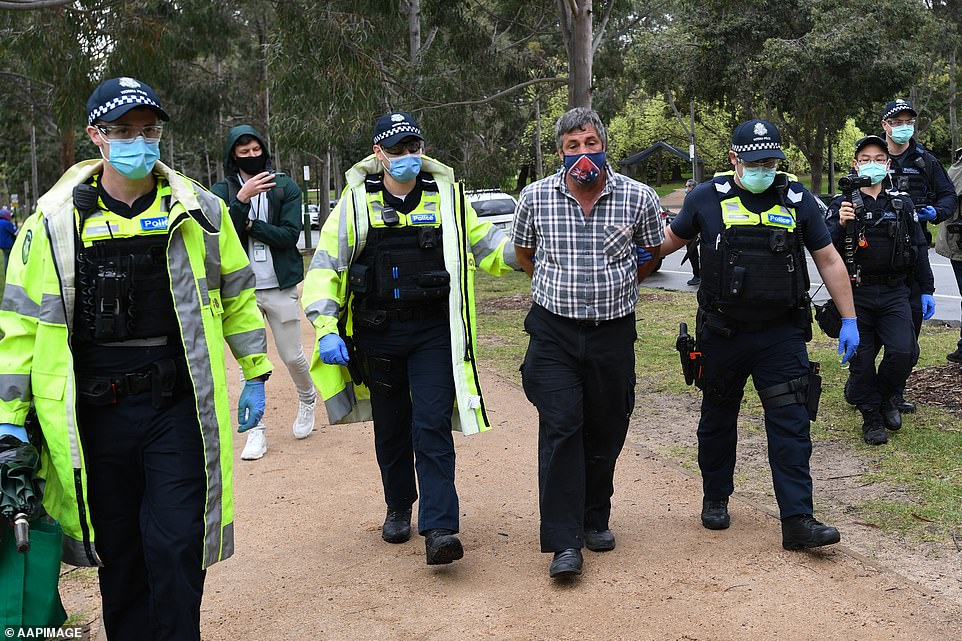 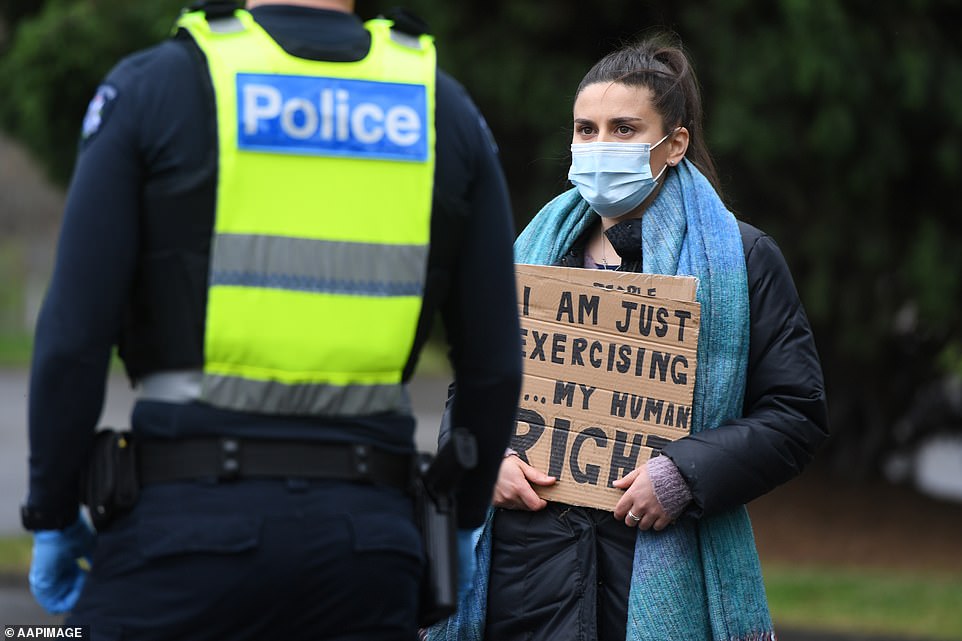 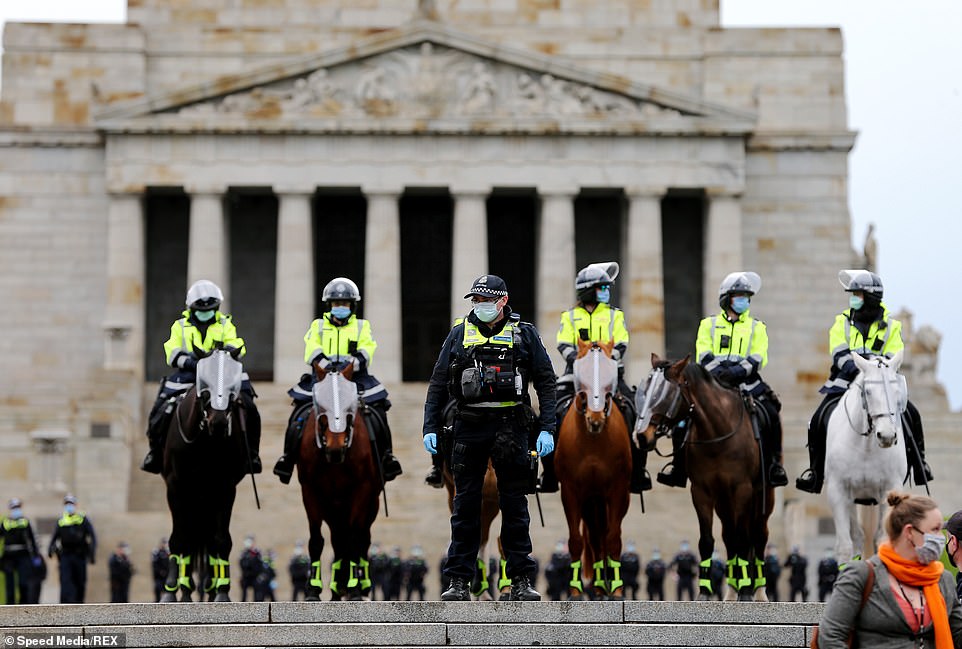 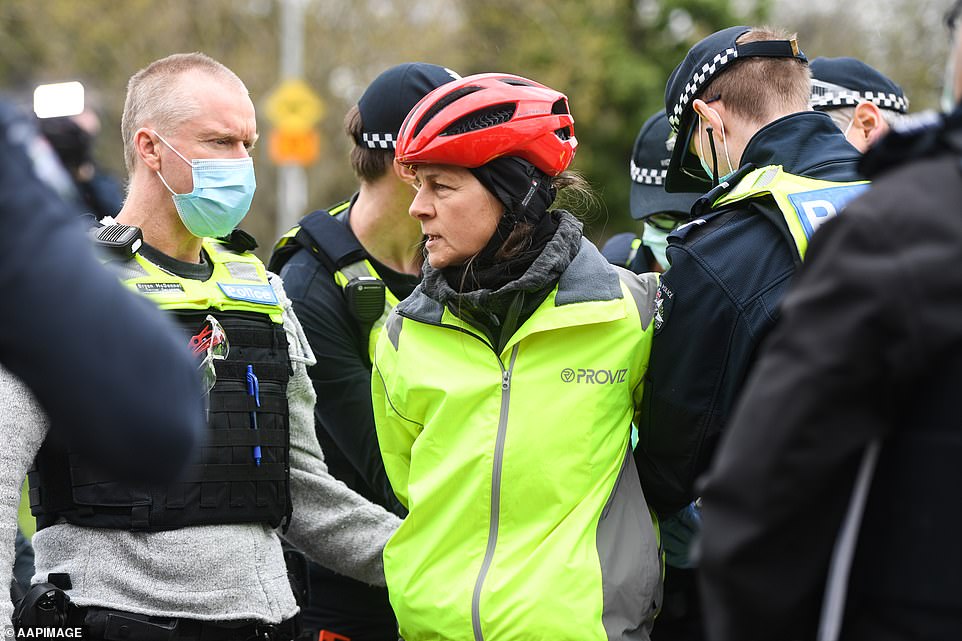 Police detain a woman without a mask in Melbourne on Saturday. The 'Freedom Walk' was due to start at 11am as Melburnians vowed to walk for their 'freedom' 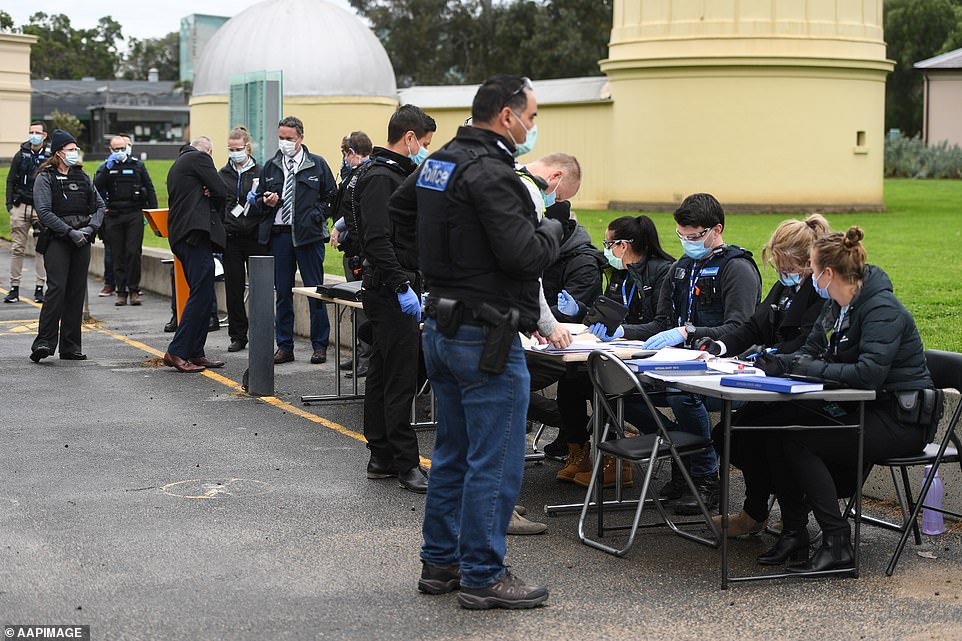 Police have now moved in to the Shrine and surrounding areas and have set up checkpoints.

Another mask-wearer was seen being spoken to by an officer while holding a sign that read: 'I am just exercising...my human rights'.

One elderly woman had her details taken by police after she held up a sign with the message: 'open our churches'.

The 'Freedom Walk' is believed to be the doing of sacked Clive Palmer political candidate and conspiracy theorist Tony Pecora, 43.

Mr Pecora was arrested by police after allegedly planning the event and charged with two counts of incitement.

One woman was dramatically restrained on the ground by multiple officers at the Observatory Gate, the Herald Sun reported. 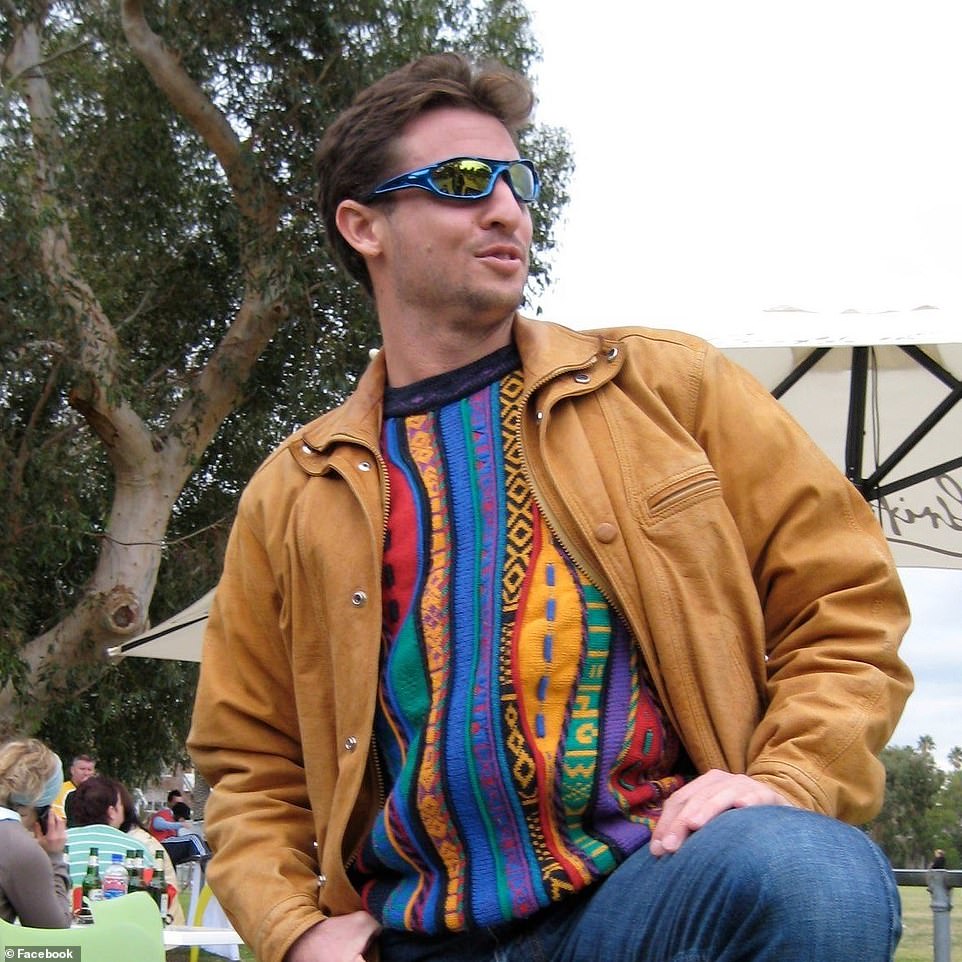 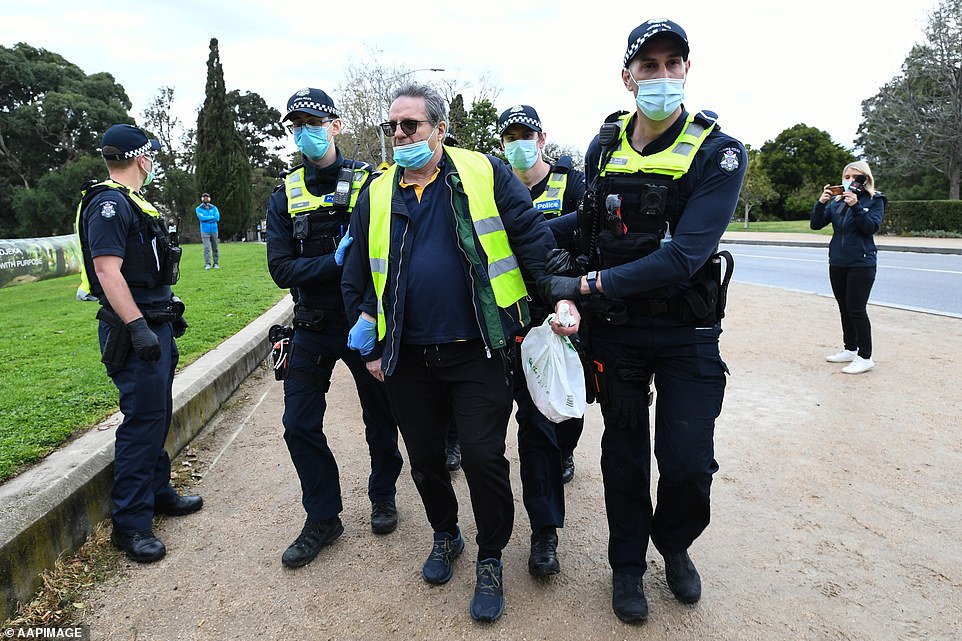 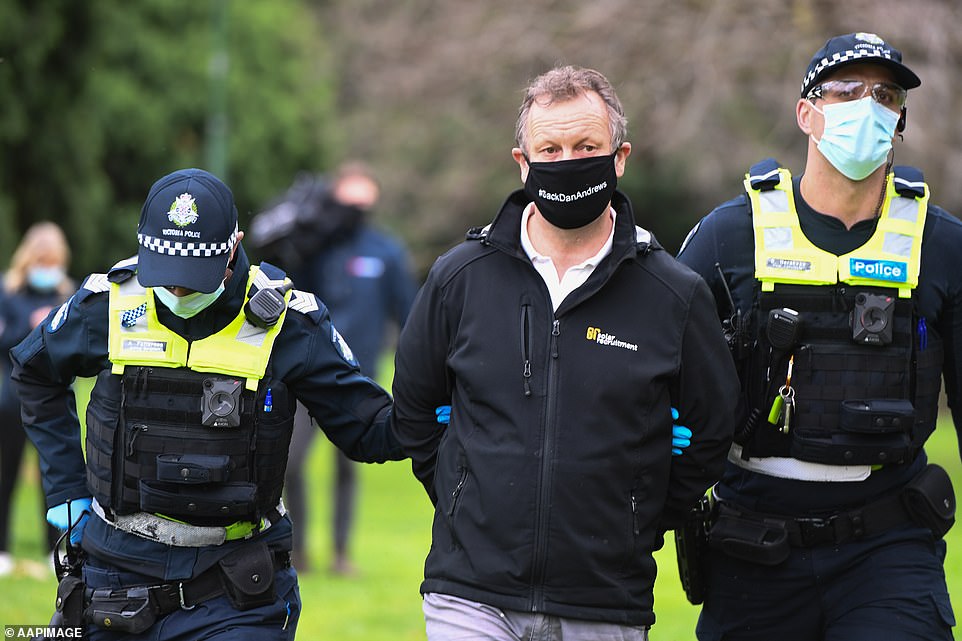 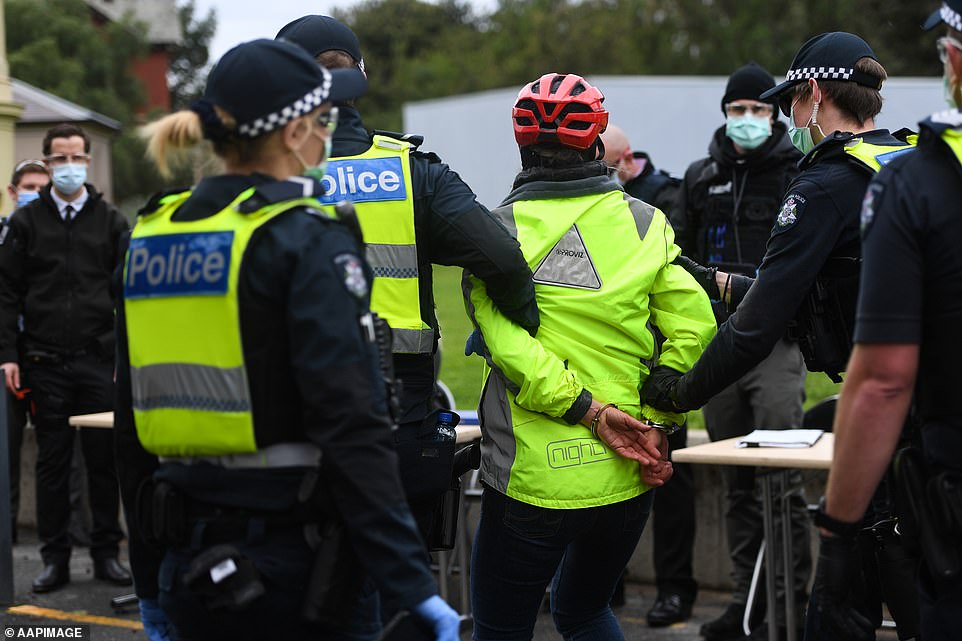 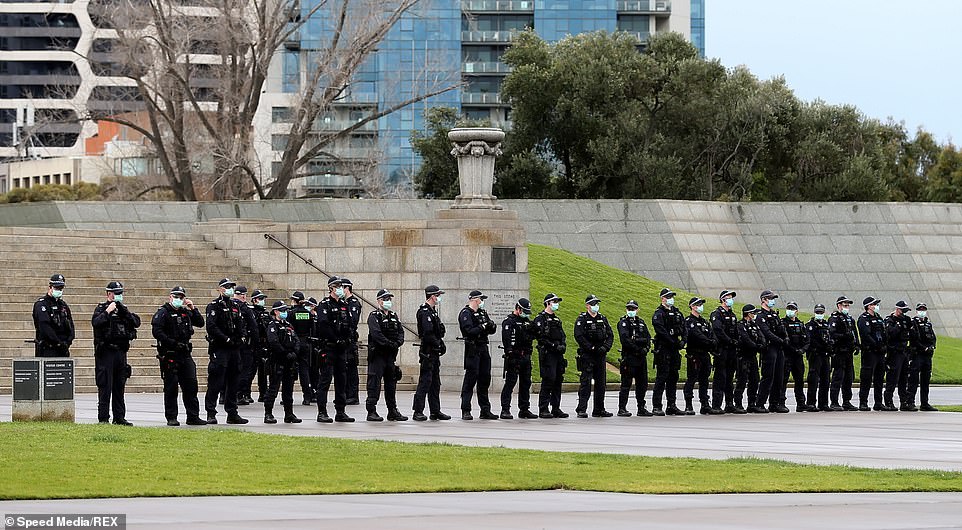 A line of police officers is seen outside the Shrine of Remembrance in Melbourne on Saturday morning. Thousands had vowed to attend the protest 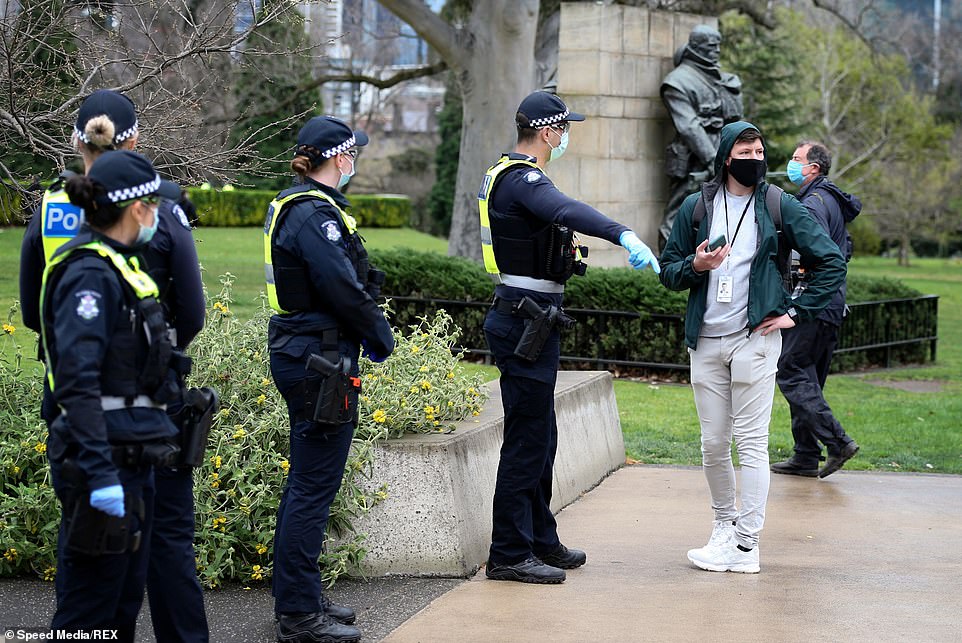 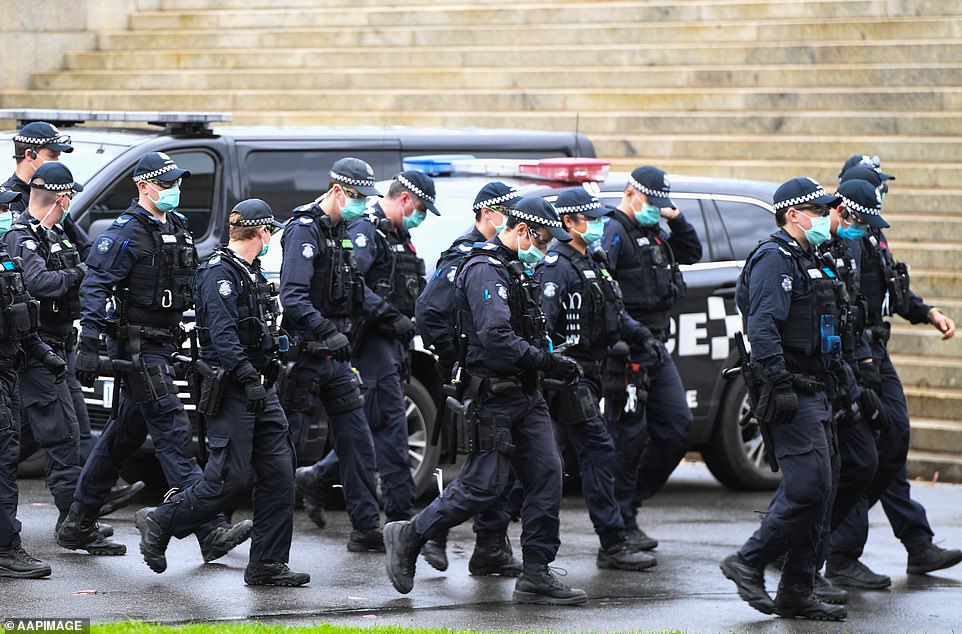 Victorian police officers swarm the streets of Melbourne on Saturday. Some officers were on horseback or in riot gear