Gruesome pictures reveal nurse's horror injuries after she was attacked by a patient at her hospital WARNING: GRAPHIC CONTENT A nurse, 31, was left bleeding from a gash that ran from her forehead to her scalp She hit her head after being punched and knocked down by a 26-year-old man The patient also attacked a security guard, a 40-year-old man, by punching him  The nurse shared pictures of the injury, saying: 'Work should be a safe place'

A nurse was left with blood pouring from gash on the side of her head after being attacked by a patient in hospital.

The patient, a 26-year-old man, was receiving treatment when he punched a security guard, a 40-year-old man, at Westmead Hospital in Sydney's west at 5am on Friday.

He then punched a nurse, a 31-year-old woman, in the back of the head before grabbing on to her, causing her to fall and hit her head on a door.

She was left with a deep gash running through the middle of her forehead and deep into her scalp, which caused blood to gush out. 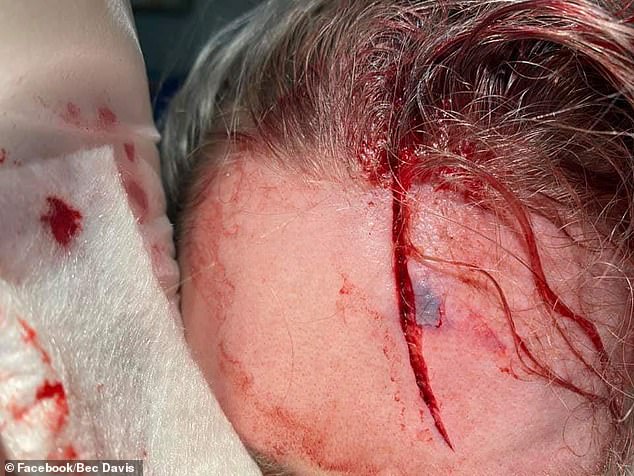 PREV The Biden bubble: How the 77-year-old's team shield him from COVID
NEXT Four Navy aircrew parachute to safety moments before E-2C Hawkeye plane crashes ...