The Army could be drafted in to deliver a 'moonshot' vaccination drive at empty NHS Nightingale hospital sites, it has emerged.

Officials believe soldiers are needed to dish out the tens of millions of jabs to the public when a vaccine is ready.

Troops could be deployed to the makeshift hospitals - which have been empty since the first Covid wave ended - and other public buildings.

Health service bosses have been tasked with creating these vaccination plans by the end of next month in case a vaccine is ready in the winter.

It comes as the government's screening advisers said they have not been consulted over Boris Johnson's ambitious Operation Moonshot. 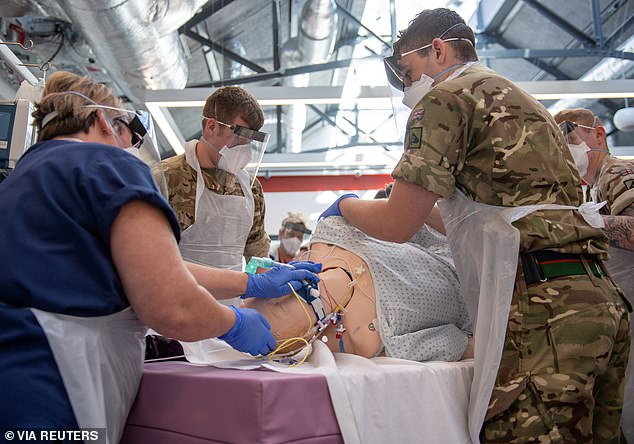 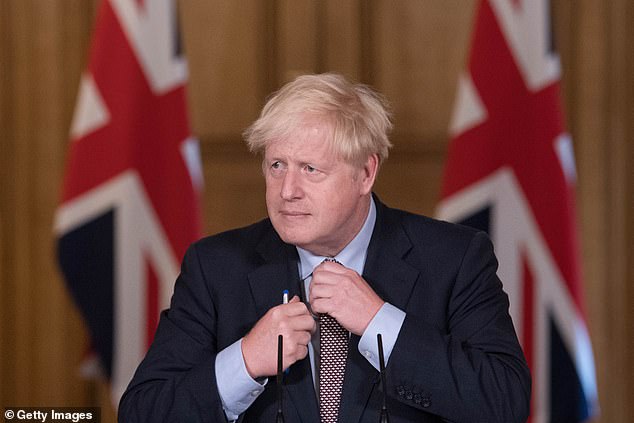 It comes as the government's screening advisers said they have not been consulted over Boris Johnson's (pictured, on Wednesday) ambitious Operation Moonshot 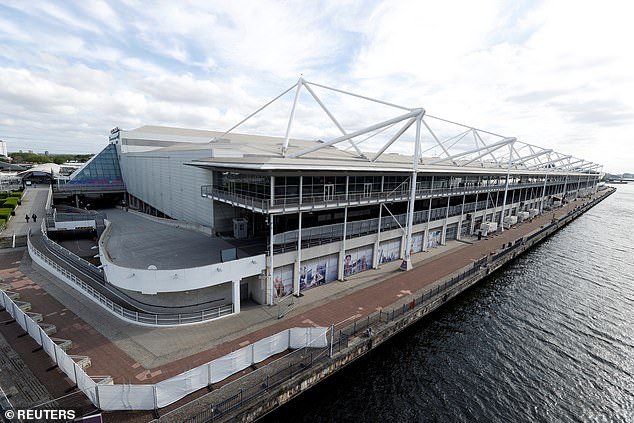 Pictured is the NHS Nightingale Hospital at the Excel Centre in east London, which was transformed into the field hospital for the pandemic

The Prime Minister is hoping to carry out ten million tests a day by early next year including DIY pregnancy-style kits which turn around results in 15 minutes.

Sources told the i GPs and chemists do not have the resources to hand out the huge number of vaccinations that will be needed to tackle the coronavirus.

But it is believed the NHS would thrash out a Military Assistance to Civil Authorities (MACA) to the British Army to get help.

Soldiers would also be needed to assist with moving vaccines across the country, as well as refrigerating and storing them an potentially defending them from sabotage.

And army medics could also work with NHS nurses to administer the jabs, which is a harder task than the current Covid-19 swab test.

It would not be the first cooperating between the military and NHS during this crisis as the Army was deployed for the setting up of the NHS Nightingale sites in March.

There are plans being considered for a 'dry run' before a vaccine is found, where soldiers would assist with the dosing out  of the annual flu vaccine. 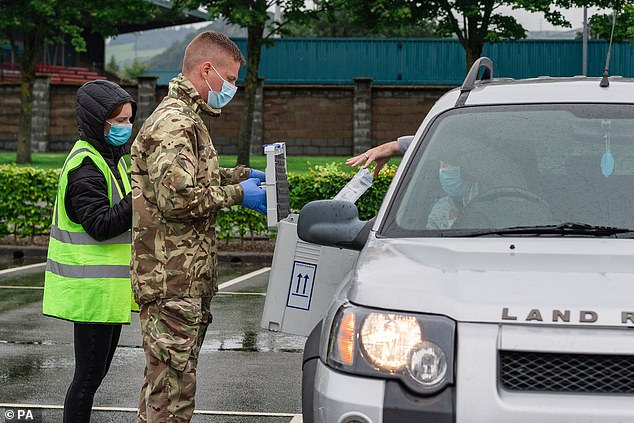 Troops (pictured, a mobile testing unit in Scotland last month) could be deployed to the NHS Nightingale hospitals - which have been empty since the first Covid wave ended 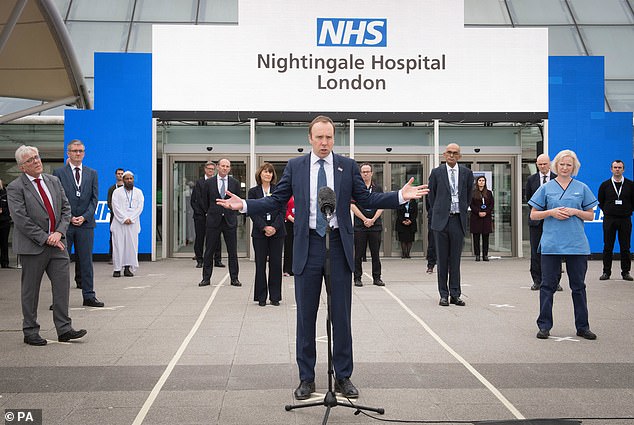 This NHS Nightingale hospitals (pictured, Matt Hancock outside the London one in April) have been mothballed since the first wave of the pandemic 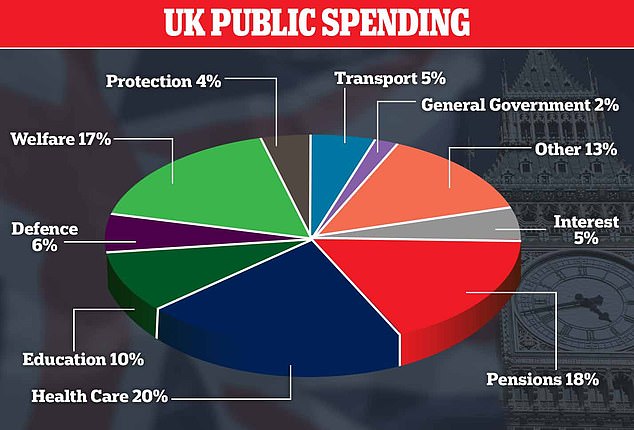 A pie chart shows how some 20 per cent of UK public spending is on health care, with the government wanting to spend a similar amount on the Moonshot project

Health Secretary Matt Hancock said this year the jab will be given to people over the age of 50, on top of the usual over 65-year-olds.

An Ministry of Defence source said a MACA had not been submitted, but they would 'lean into any MACA request we do get and support things like roll-out and logistics'.

The government's own SAGE group of experts has voiced serious doubts about the 'moonshot' testing initiative.

A 'consensus' statement from the experts on August 31 assesses the idea, saying it can only be 'one component' of the overall response.

'Establishing a new mass testing programme must be undertaken with a view to the entire end-to-end system - testing technology is only one component,' the paper said.

The body also cautioned that the 'cheaper, faster tests that will be useful for mass testing are likely to have lower ability to identify true positives (lower sensitivity) and true negatives (lower specificity) than the tests currently used'.

SAGE also raised doubts about whether the idea would provide value for money. It said that 'careful consideration should be given to ensure that any mass testing programme provides additional benefit over investing equivalent resources into improving... the speed and coverage of NHSTT for symptomatic cases... and the rate of self-isolation and quarantine for those that test positive'.

The scientists said testing to allow entry to sporting events and theatres could be considered as a way of reducing risk. But the document added: 'Such applications of testing would require superb organisation and logistics with rapid, highly sensitive tests.

'This is also separate from the

PREV Trump slams Cuomo for putting NY at the 'end of the vaccine line' because he ...
NEXT Four Navy aircrew parachute to safety moments before E-2C Hawkeye plane crashes ...