Big Bash is on the verge of being hit for six: Furious Channel Seven 'calls for Cricket Australia to cancel the competition this summer' Channel Seven are pushing for Cricket Australia to cancel the Big Bash League Network says league the will suffer from COVID-19 and international schedule Seven proposed changes to the fixtures to make increased advertising revenue A deeper Test squad will leave less stars available to play in the competition

Channel Seven has called to cancel the Big Bash competition after a dispute with Cricket Australia.

Seven West Media are trying to push CA to offload the summer league due to a decline in star athletes and huge losses in advertising revenue.

The broadcaster believes due to the coronavirus pandemic the league cannot produce the same level of product and are entitled to a reduction in their $82million contract.

Seven believe the competition will fade in quality with matches forced to play in hubs and reduced star power from an extended Test squad, The Age reported. 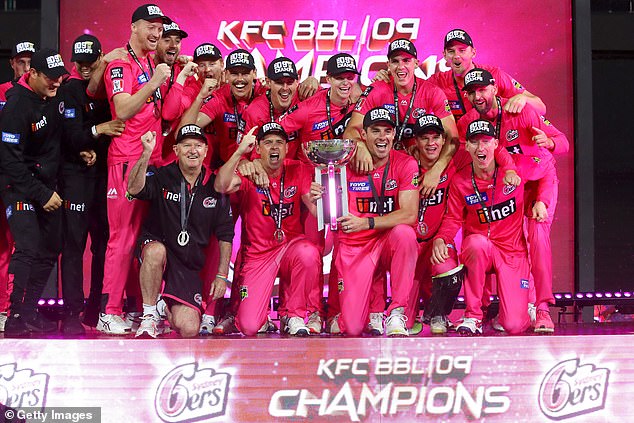 Channel Seven are pushing for Cricket Australia to cancel the Big Bash League. Pictured: the Sydney Sixers celebrate after winning BBL09 in February