A former US Navy pilot is opening up about his infamous alleged UFO sighting off the coast of California in 2004.

Commander David Fravor said he witnessed a Tic Tac-shaped object in the sky in November 10, 2004 performing extraordinary aerial maneuvers that he said no modern human technology was capable of.

'This is not like we saw it and it was gone or I saw lights in the sky and it's gone – we watched this thing on a crystal clear day with four trained observers,' Fravor said in a sit-down with Russian-American YouTuber and MIT researcher Lex Fridman on September 8.

He said the phenomena committed an 'act of war' by jamming the military's radar when they tried to trace it. 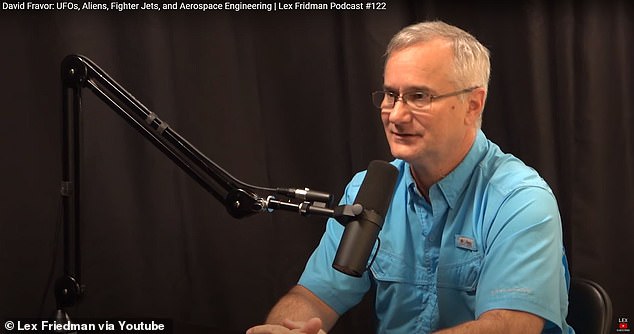 Former US Navy pilot Commander David Fravor along with three others reported a potential UFO sighting off the coast of California in 2004. He said on the sighting: 'I don't like to get into little green men but I don't think we've developed it ... I think you can hide things for a while. This is a giant leap in technology' 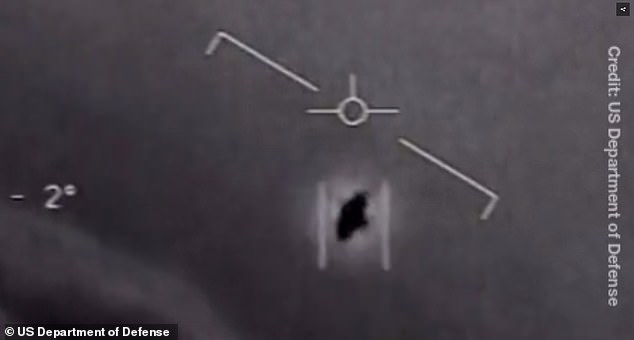 Electronic jamming is a form of electronic warfare and is illegal in all 50 states. While it’s not always considered an act of war, it is interpreted as hostile.

Video of what the Navy was able to trace of the object was leaked in 2017 and the case was declassified by the Pentagon earlier this year.

Fravor and others were conducting a routine training mission when the radio operator asked them to check out a mysterious aircraft they had been tracking for two weeks.

The operator said the object would suddenly appear at 80,000 feet, hurtle toward the sea, hover at about 20,000 feet, then shoot back up into the sky.

Fravor and Commander Jim Slaight and two others were sent out in fighter jets to observe the shape.

'We see this little white Tic Tac because we’re about 20 feet above it and its going north, south, north, south, and it's abrupt,' he said.

He explained that it didn’t move like helicopters or other