The devastating impact of the lockdown on the nation’s health is laid bare tonight.

Shocking figures reveal that admissions for seven deadly non-coronavirus conditions between March and June fell by more than 173,000 on the previous year.

The NHS Digital data for England shows there were nearly 6,000 fewer admissions for heart attacks in March and April compared with last year, and almost 137,000 fewer cancer admissions from March to June.

Analysis by the Daily Mail found that the trends were alarmingly similar across the board for patients who suffered strokes, diabetes, dementia, mental health conditions and eating disorders.

Admissions can count the same patient going into hospital more than once. 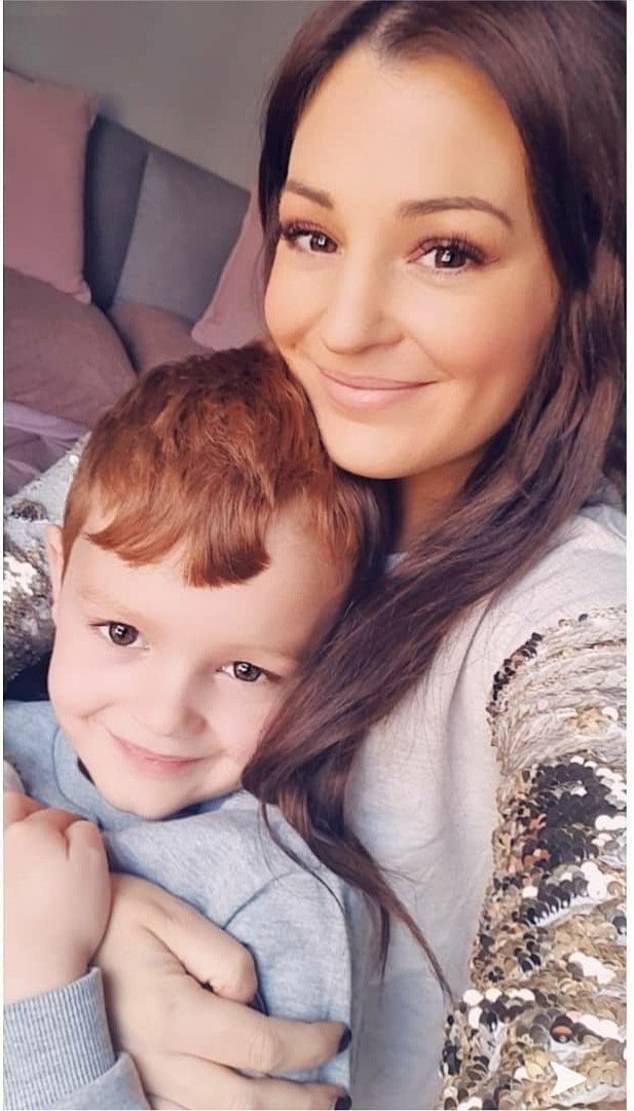 Pictured: Kelly Smith and son Finn. Kelly Smith, 31, died from bowel cancer after her chemotherapy treatment was paused during the height of the coronavirus pandemic

The family of a young mother who died after her chemotherapy was delayed due to coronavirus say her life was cut ‘drastically’ short.

Kelly Smith, 31, was killed by bowel cancer in June after a three-and-a half-year battle. She restarted chemotherapy shortly before lockdown after the cancer spread to her lungs, liver and brain.

The mother-of-one, from Macclesfield, Cheshire, was angry at the decision to pause the treatment for three months. She thought the chemotherapy was working.

She told BBC1’s Panorama she was ‘terrified’ of dying. Miss Smith said: ‘I’m angry, yes, that I got put on this break, because I don’t think I should have. I’m angry at Covid because it’s me that had this six-week break. I don’t want to die. I feel like I’ve so much more to do.’

Her parents Mandy and Craig Russell have launched a petition calling for an end to cancer treatment delays forced by the pandemic. It has been signed by 307,000 people.

Mr Russell said of Miss Smith: ‘Her life expectancy was drastically cut short after her chemotherapy stopped as a direct result of Covid.’

Health experts said the statistics were ‘troubling’ and warned that many patients may have died or suffered longterm harm as a result.

Gbemi Babalola, senior analyst at the King’s Fund think-tank said: ‘People with some of the most serious health concerns are going without the healthcare they desperately need.

‘Compared with the height of the pandemic, the NHS is seeing an increase in the number of patients as services restart, and significant effort is going into new ways to treat and support patients.

'But the fact remains that fewer people are being treated by NHS services.’

Cancer Research UK chief executive Michelle Mitchell added: ‘Sadly the Covid-19 pandemic has had a devastating impact on cancer services and the lives of cancer patients and we’re still not even close to knowing what the longterm repercussions could be.’

Sarah Scobie, deputy director of research at the Nuffield Trust think-tank, said: ‘The pandemic led to an understandable but extreme slowdown of non-Covid health services across the board.

‘Sadly there will be unintended consequences of restrictions to accessing services and people choosing not to seek hospital treatment.’

The Mail’s analysis is the first to assess the fall in hospital admissions during the lockdown across a wide range of major health conditions.

The figures come as the country is once again imposing tight restrictions following a resurgence in virus cases.

From today, it will be illegal for people to meet in groups of more than six. 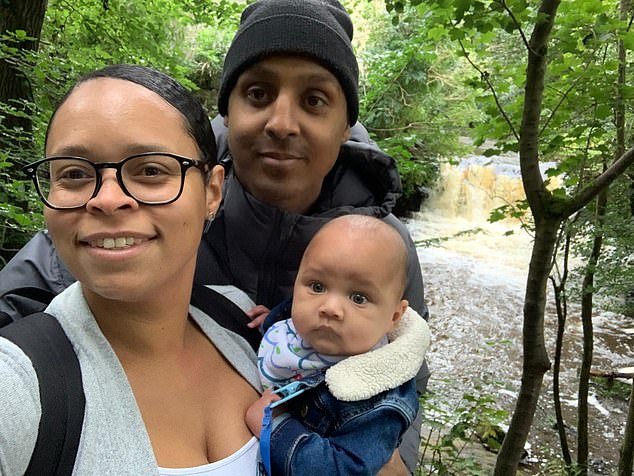 Even tougher rules are being enforced in areas including Birmingham, Manchester and Bolton, where residents from different households are banned from seeing each other.

Government sources believe these types of restrictions will soon be imposed nationwide which is likely to damage public confidence and potentially deter patients from seeking medical help.

Battle for life after pleas for scan snubbed

A new father is fighting for life after his cancer went undetected in lockdown even though he begged for a scan.

Delivery driver Sherwin Hall, 28, visited doctors about a pain in his groin at the beginning of the year but was repeatedly misdiagnosed.

In March, he pleaded for an MRI scan after he found himself struggling to walk or pass water. But, as Britain was entering lockdown, he was told his condition was not serious enough and doctors insisted he had an inflamed prostate.

He was only diagnosed with cancer on June 5 when a 5in tumour was discovered on his pelvis and 30 small tumours across his chest.

Mr Hall, from Leeds, whose son Sancho is five months old, saw 16 doctors as he tried to have his pain diagnosed. He is now undergoing chemotherapy but has been told if it does not work he could die within three months.

He said ‘It breaks my heart that I tried so hard to save my life. ‘I begged and begged and begged doctors to give me a scan but they said it was not safe because of Covid and my condition was not serious enough for an exception.’

He added: ‘I even tried to fund my own private healthcare but all the private hospitals were being used to help with the pandemic. ‘It felt like all my avenues were shut down during lockdown.’ Mr Hall and his family have set up a GoFundMe page to raise money for private treatment.

The NHS Digital data reveals that the largest drop in hospital admissions was for dementia – down by 51 per cent in April compared to 2019.

The Alzheimer’s Society warned that emergencies such as dehydration and falls had gone ‘unnoticed’, in addition to patients being too scared to seek help.

Across nearly all conditions, the biggest fall in admissions was seen in April, when lockdown restrictions were at their height.

For mental health disorders such as severe depression and anxiety, they were 43 per cent lower in this month than the previous year.

Diabetes admissions were down by 36 per cent, stroke admissions by 17 per cent and eating disorder admissions by 31 per cent. Experts believe the sharp drop-off was partly caused by patients being reluctant to go to GPs or A&E or to call 999 or NHS 111, and subsequently admitted to hospital.

But many of the admissions would have involved ‘planned care’ such as routine consultations, operations or treatment, including chemotherapy for cancer.

A large proportion of these services were suspended by the NHS during the pandemic.

Rachel Power, chief executive of the Patients’ Association, said: ‘This is further evidence that people stayed away from the NHS in large numbers when the Government urged the public to protect it in the spring and early summer.

‘Some people will have suffered serious consequences for their health that would have been prevented in normal times.’

Professor Andrew Goddard, of the Royal College of Physicians, said: ‘The data confirms and shows the scale of what doctors were seeing during the first wave.

'Undoubtedly, many patients were scared to come to hospital or felt their symptoms were not worth troubling an extremely busy NHS.’

PREV Armed man shot dead by police after 'charging at officers' on island near ...
NEXT Boris Johnson unveils huge penalty for those breaking self-isolation rules