An ancient form of wrestling is dying out in India because it requires men to become celibate and avoid alcohol and tobacco.

Kushti wrestlers train for twelve hours a day and the sport recruits boys as young as six years old, but it has lost popularity among younger generations.

In one image, a man tackled a young boy to the ground pinning him upside down during an intense training session.

In another picture, several thousand spectators watched on as teenage fighters competed for the title of champion. 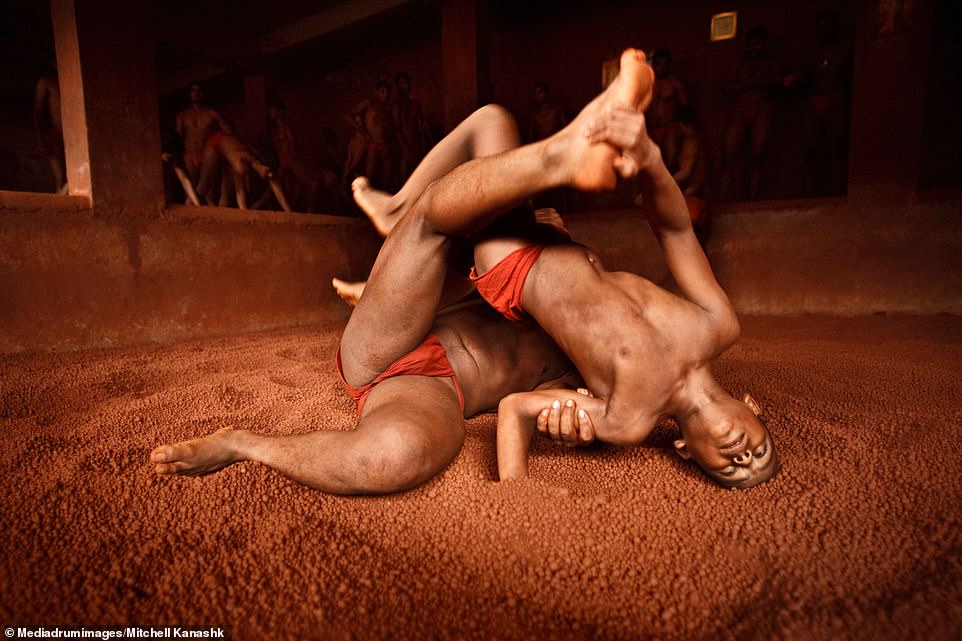 A man tackles a young boy to the ground and pins him upside down during an intense Kushti training session in Kolhapur, India 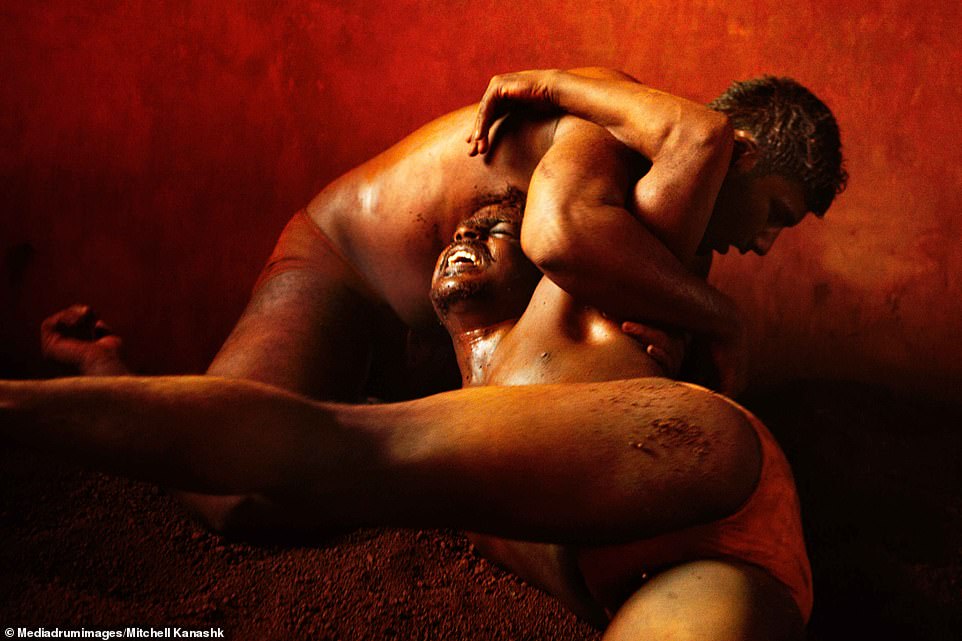 A wrestler pins down his opponent in an arm lock painfully as they fight in the soil. Photographer, Mitchell Kanashkevich, 39, from Sydney, Australia, took pictures of the traditional kushti wrestlers taken on a Canon 5D MKII camera 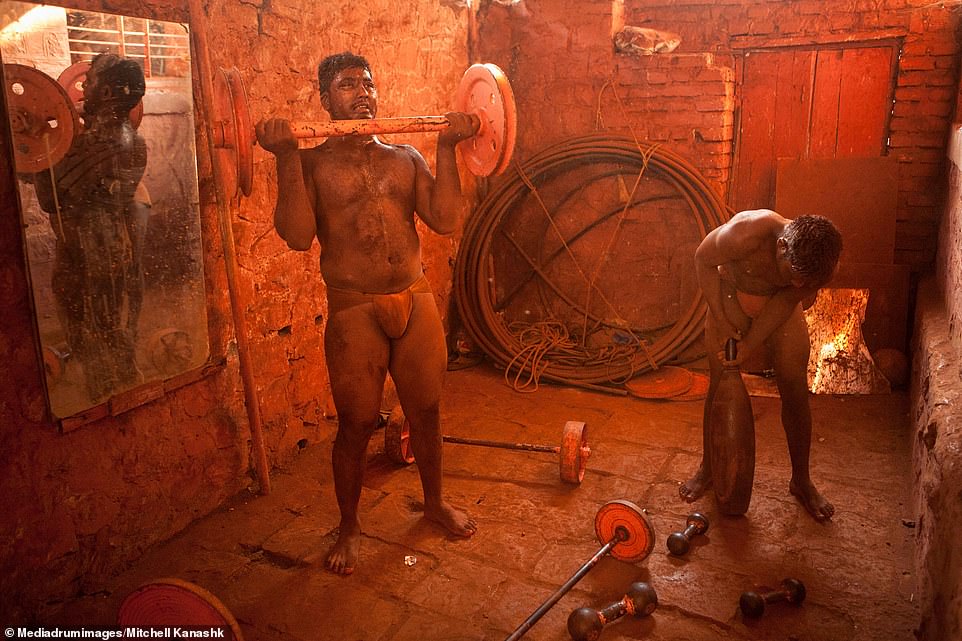 Kushti wrestlers perform barbell curls as part of their strict weight-training regime. The wrestlers preach a life of total discipline, practicing celibacy as well as alcohol and tobacco abstinence 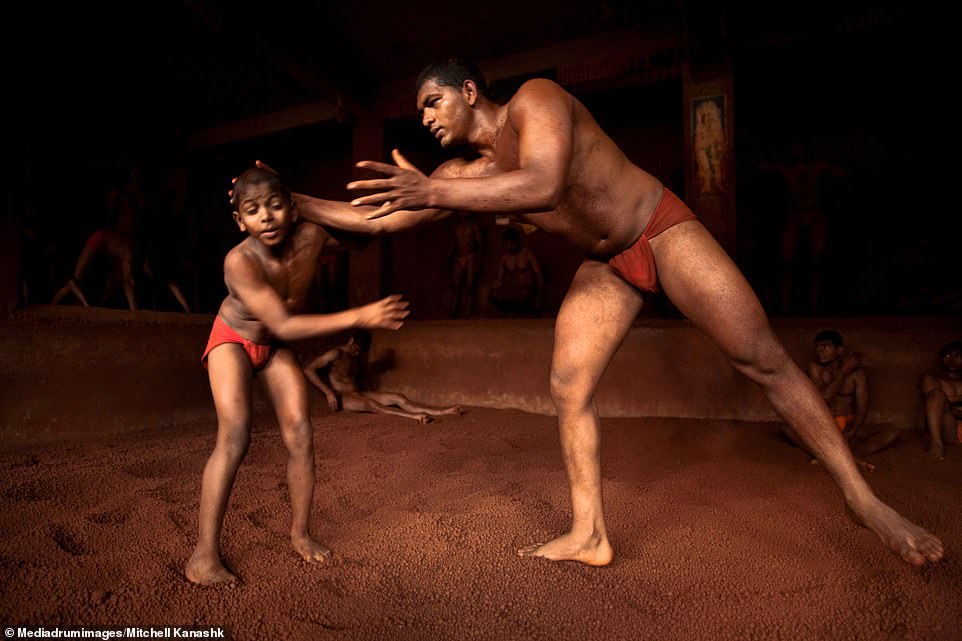 A young boy is taught a wrestling move by one of the adult men at a gym in Kolhapur. Some young boys are sent to learn discipline by their wealthy fathers 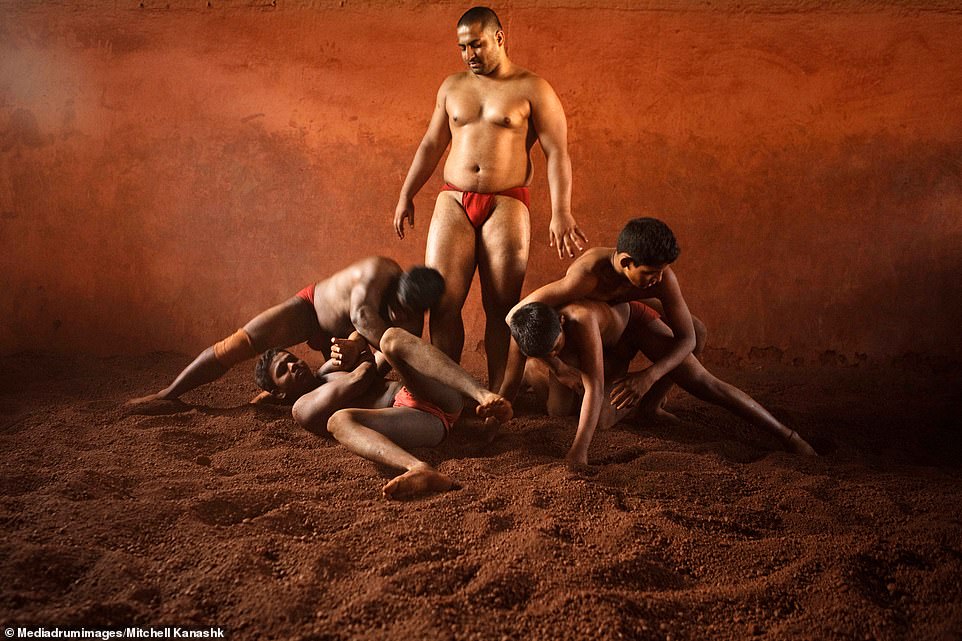 An elder watches over the young trainees. Some of the younger boys at the gym are better off financially and had been sent by their fathers for disciplinary purposes

Kushti wrestling, also known as pehlwani, is practiced on soil, with the word kushti translating as 'wrestling ground with hallowed earth'.

Wrestlers practice weight lifting and preach a life of total discipline, practicing celibacy as well as alcohol and tobacco abstinence.

Due to the strict training, diet and celibacy requirements, it is becoming increasingly unpopular among younger generations.

The gyms the wrestlers used to train in, known as akhara, are one of the few places in India where Hindu men who come from different castes are considered equals. 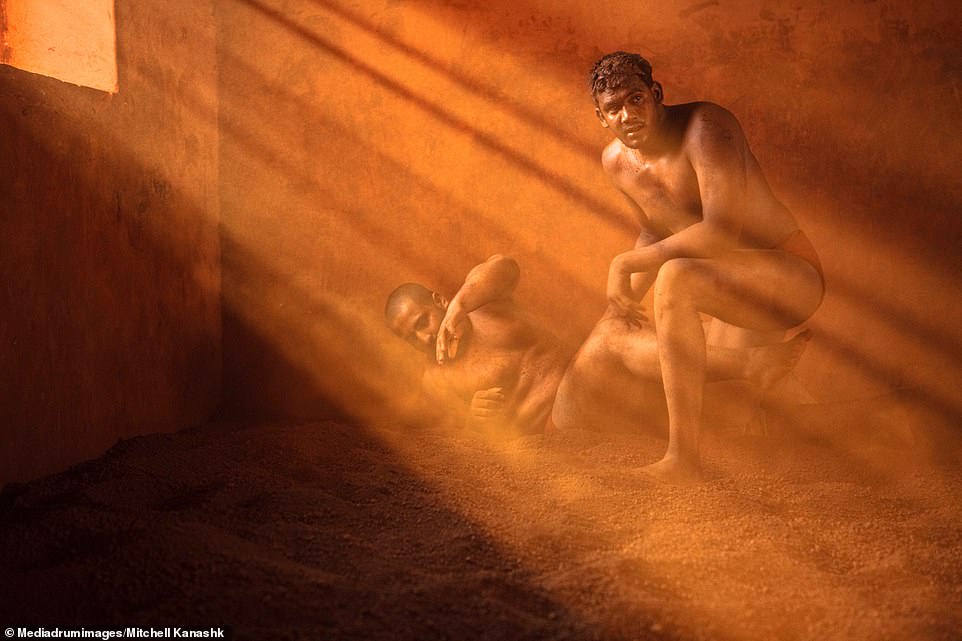 Light pours into the akhara after a wrestler is defeated in a heavy training session. The victor crouches over the fallen loser in the match 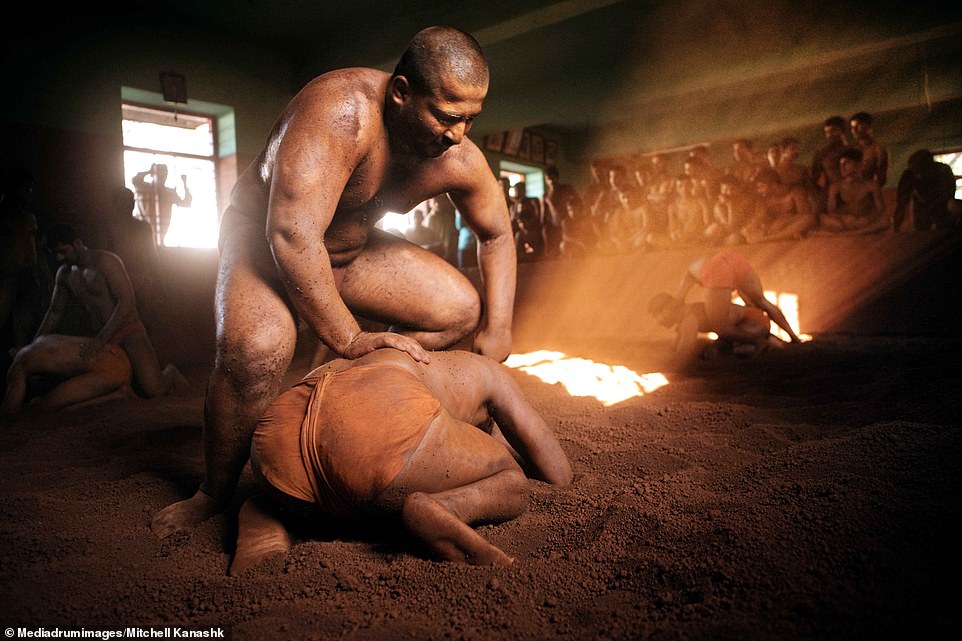