The charity that runs Kensington Palace and the Tower of London could axe 145 jobs in proposed restructuring plans amid the coronavirus pandemic.

The Historic Royal Palaces has entered into 'consultation on proposed redundancies', a statement on its website announced on Monday.

It comes after the independent charity's income dropped from a forecast of £110million to £10million this year in a financial blackhole due to the Covid-19 crisis.

The organisation saw its six sites, including Hampton Court Palace, Kew Palace and the Banqueting House, close during lockdown and expects its recovery to take 'several years'. 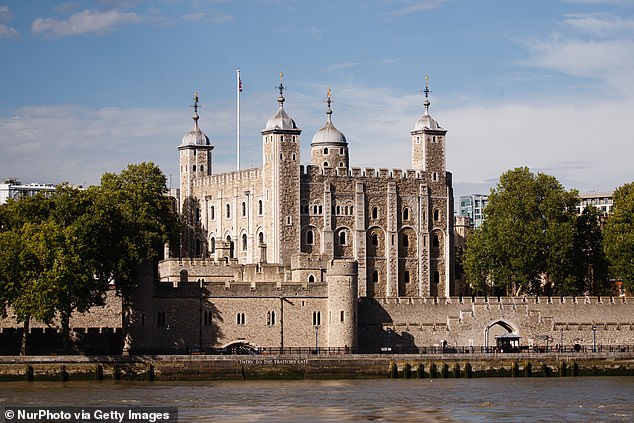 The Historic Royal Palaces, which runs the Tower of London (above), could axe 145 roles as it enters a 45-day consultation period amid financial losses due to Covid-19 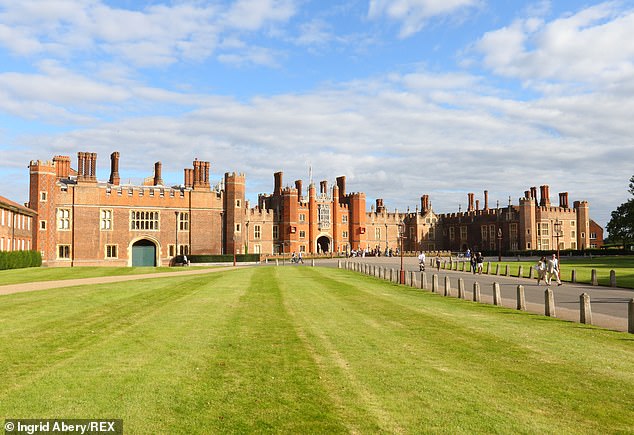 The organisation saw its six sites, including Hampton Court Palace (above) and Kew Palace close during lockdown and expects its recovery to take 'several years'

The statement on the charity's website read: 'It is with deep regret that we announce today that Historic Royal Palaces has entered into a period of consultation on proposed redundancies.

'At the beginning of this year, like so many other organisations in our sector, we could never have imagined we would be in this position. We were forecasting income of £110million and looking forward to a busy year of exhibitions and events.

'However, as an entirely self-funded charity, we have been particularly badly hit by the pandemic - both by the closure of our six sites for a prolonged period and by the major downturn in international tourism.

'We are now forecasting income of around £10million this year – a reduction of 89%. We expect our recovery to take several years, and that means we must plan to live within half our usual income. We have no choice but to take measures to reduce our costs.'

The restructuring proposal puts 145 roles at risk of redundancy with final decisions being made following a 45-day consultation.

But the self-funding charity insisted that the redundancies would not be on the table 'if we had not exhausted all other means', adding that it stopped all but essential spending when the pandemic hit. 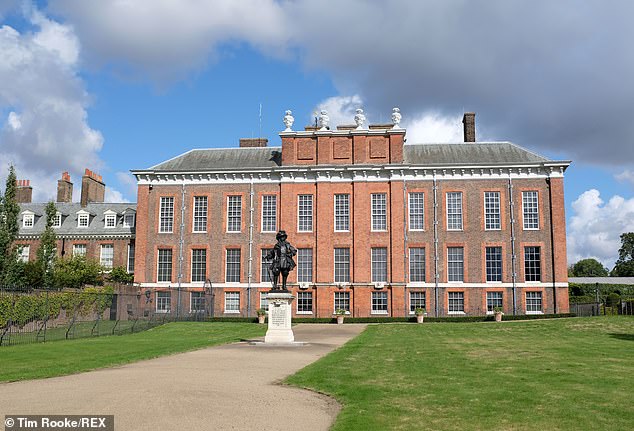 The self-funded charity, which looks after Kensington Palace (above), has seen its income drop from £110million to £10million this year due to the coronavirus pandemic

WHAT IS HISTORICAL ROYAL PALACES?

Historic Royal Palaces was founded in 1989 as an Executive Agency of Government within the Department of the Environment.

Five royal palaces, Tower of London, Hampton Court Palace, Banqueting House, Kensington Palace and Kew Palace, were brought together to be run by the independent charity.

The organisation, which is entirely self-funded, has also looked after Hillsborough Castle and Gardens since 2014.

Unlike the other five palaces, Hillsborough is not owned in right of crown but was bought by the Government from the Hill Family in 1920 as a Government House.

In 1998, Historic Royal Palaces became an independent charity by Royal Charter with a Board of Trustees. It has a contract with the Secretary of State to manage the palaces.

The charity's job is to protect the palaces and help the public to appreciate the rich monarchical history behind each royal building.

The organisation raises its own funds and relies on the support of visitors, members, donors, sponsors and volunteers.

From the Royal Household, the Director, Royal Collection Trust and the Keeper of the Privy Purse all sit as Trustees on the Board of Historic Royal Palaces.

The charity had already froze recruitment, ended seasonal contracts and made temporary pay and pension adjustments.

The statement added: 'We have taken full advantage of the Government's Job Retention Scheme and are utilising our reserves, which we expect to be exhausted at the beginning of next year.

'We continue to pursue all remaining avenues for additional funding and are enormously grateful for the continuing support of our members, donors and visitors.

'Payroll normally accounts for around half of our costs, but this proportion is much higher with reduced income, and so it remains necessary to make savings in this area.'

It said: 'The restructuring proposals include a reduction of 86 full time equivalents out of the full complement of 1,165, (this equates to 145 roles potentially at risk of redundancy) plus other changes to terms and conditions.'

The charity raises all of its own funds and relies on support from visitors, members, donors, sponsors and volunteers.

John Barnes, Chief Executive, Historic Royal Palaces, said: 'At every stage of this crisis, we have tried to limit the impact of the financial challenges on our staff, who care passionately about the palaces and our work.

'If we are to continue this work, we must act now to reduce payroll costs and make the charity financially sustainable.

'We are privileged to be the guardians of six remarkable places, but the dedicated team who care for them are the spirit of our charity, and we are deeply sad that it has come to this.'

Historic Royal Palaces was founded in 1989 and looks after the Tower of London, Hampton Court Palace,