Joe Biden accuses Donald Trump of being a 'climate arsonist' whose failures on global warming are the real threat to the suburbs - as he slams president on west coast wildfires, midwestern floods and coastal hurricanes Democratic nominee Joe Biden went after President Donald Trump for his climate change denial, saying that's what's really threatening the suburbs  'Donald Trump warned integration is threatening our suburbs. That's ridiculous,' Biden said in Wilmington, Delaware Monday  Trump has tried to push that a President Biden would destroy the suburbs, pointing to an Obama-era fair housing rule  Biden delivered a speech from the Delaware Museum of Natural History as Trump was traveling to California to look at fire damage

'Donald Trump warned integration is threatening our suburbs. That's ridiculous. But you know what is actually threatening our suburbs?' Biden said Monday outside the Delaware Museum of Natural History. 'Wildfires are burning the suburbs in the west, floods are wiping out suburban neighborhoods in the midwest, hurricanes are imperiling suburban life along our coast.'

Biden's comments came as Trump was traveling to California to see damage from the wildfires and as the president has tried to push that his Democratic opponent would 'destroy' the suburbs, pointing to an Obama-era fair housing rule. 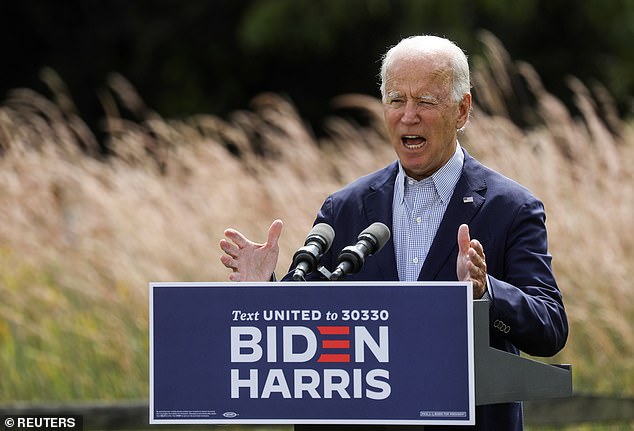 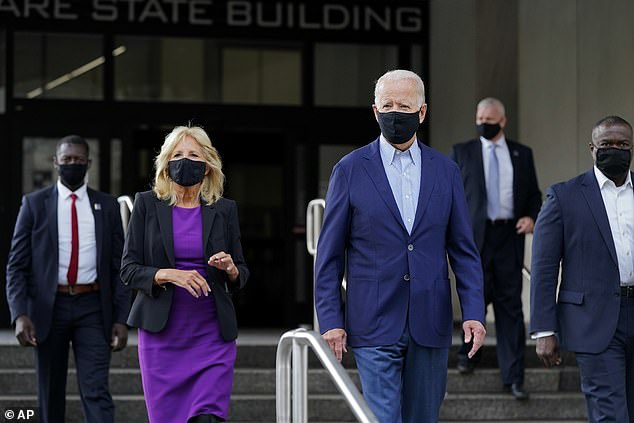 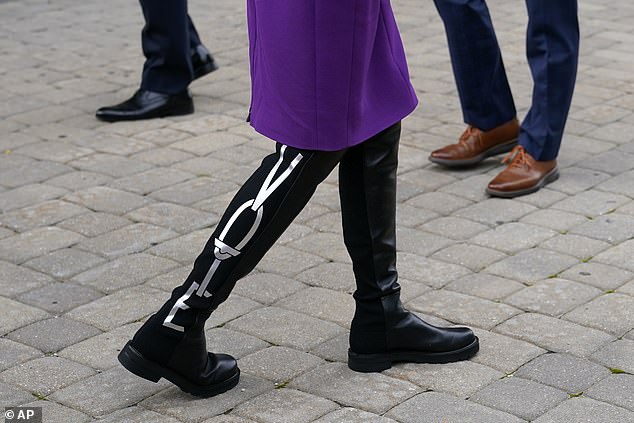 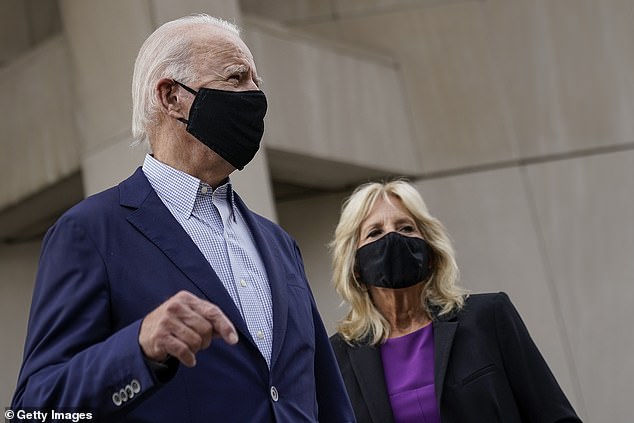 The Democratic nominee stopped to answer a few questions, asking his wife Jill (right) and surrounding aides where