President Donald Trump fired off tweets Monday stoking a conspiracy theory that Democrat Joe Biden was reading his responses from a teleprompter during an April interview on 'The Late Late Show interview' – even after the show's producer debunked the claim.

Trump retweeted speculation that Biden had been caught 'red handed' during a TV interview – when the presidential candidate held up a framed image of a photo with his sons Beau and Hunter Biden that showed a reflection from the camera filming him.

Amid charges about the reflection, the show's producer has revealed it was the script read by the show's host, comedian James Corden, and that the system the show uses allows for no other option. 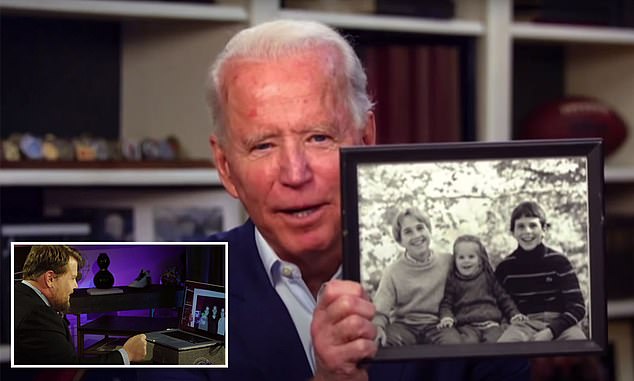 Donald Trump allies put forward the claim that Joe Biden read from a teleprompter during an interview, an unproven assertion that the president retweeted Monday

'His handlers and the Fake News Media are doing everything possible to get him through the Election. Then he will resign, or whatever, and we are stuck with a super liberal wack job that NOBODY wanted!' Trump wrote, in comments attached to the tweet – just his latest effort to cast Biden as incapable of performing his responsibilities. 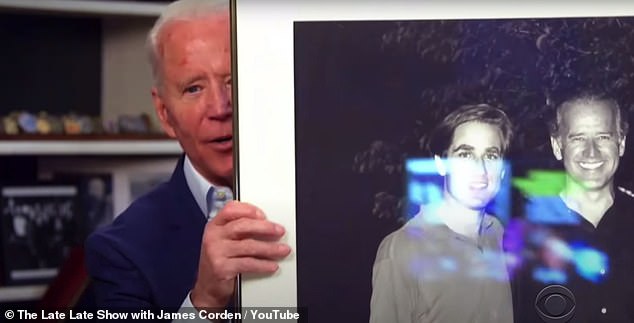 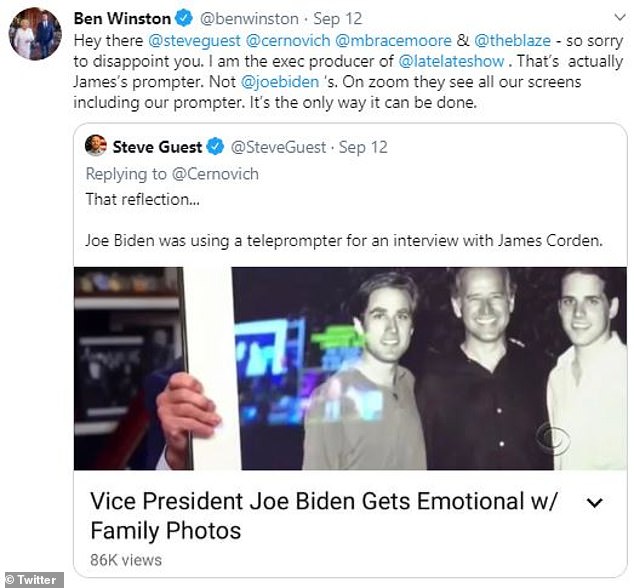 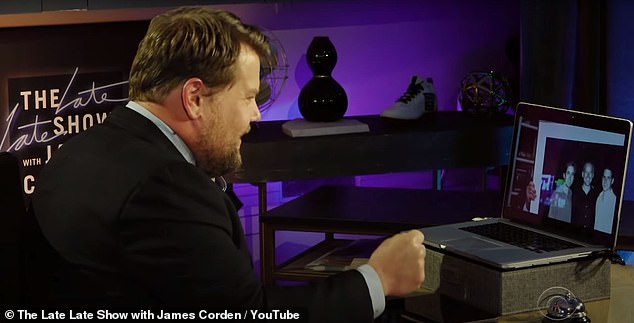 GARAGE COMEDY: Corden has been doing shows from home, but the comedian who slings off one-liners reads a script during lead-ins for his show, his producer says 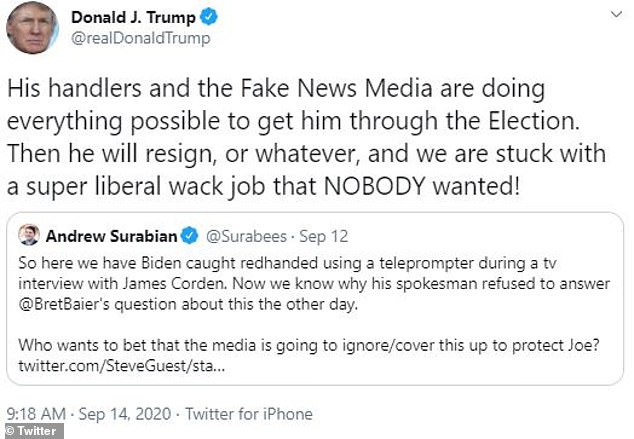 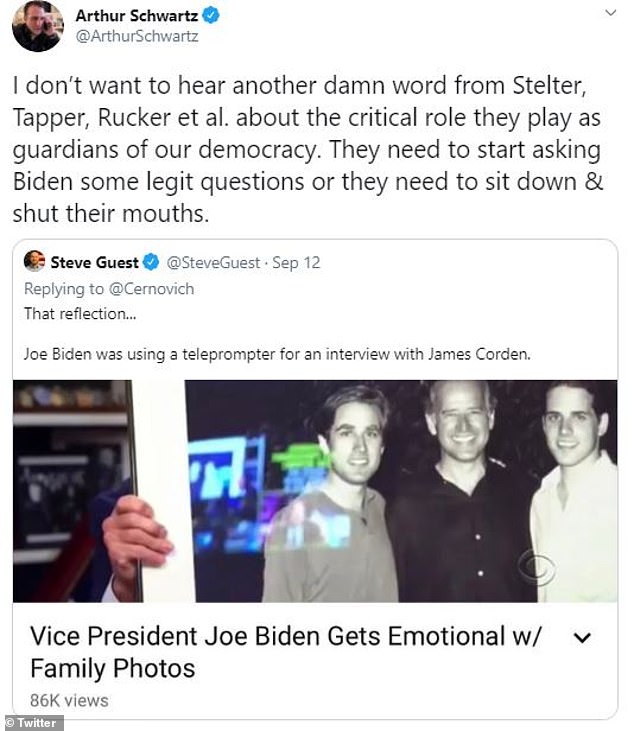 Trump also retweeted GOP strategist Arthur Schwartz, who himself had retweeted a claim Biden was using a teleprompter during the interview 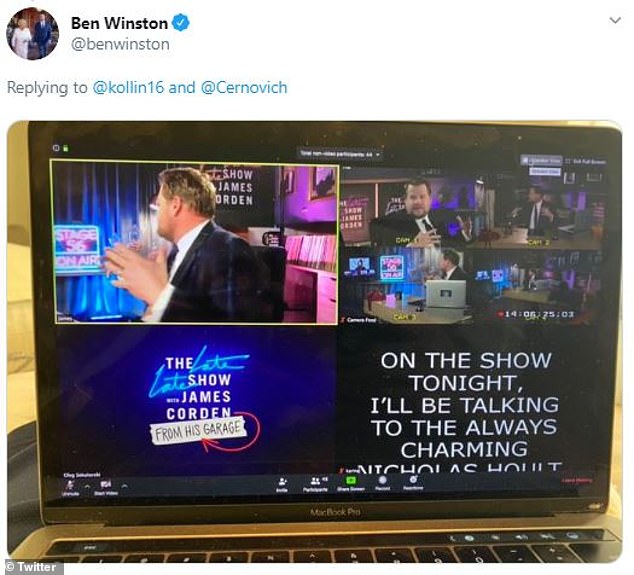 'On zoom they see all our screens including our prompter. It’s the only way it can be done,'