Knock, knock, who's BEAR? Furry late-night visitor rings house doorbell with its paw in hilarious security footage The footage was captured at around 10pm in Truckee, California on September 7 Two bears wander outside the property before one looks directly at the camera It sticks its nose to the lens for a close up after ringing the bell before walking off

This is the hilarious moment a bear was caught on security footage ringing a house doorbell with its paw.

The footage was captured at around 10pm in Truckee, California, and shows two bears wandering around on the front yard of a property.

As one bear walks out of the shot, a second comes straight towards the front door and jumps up, resting its paws on the house. 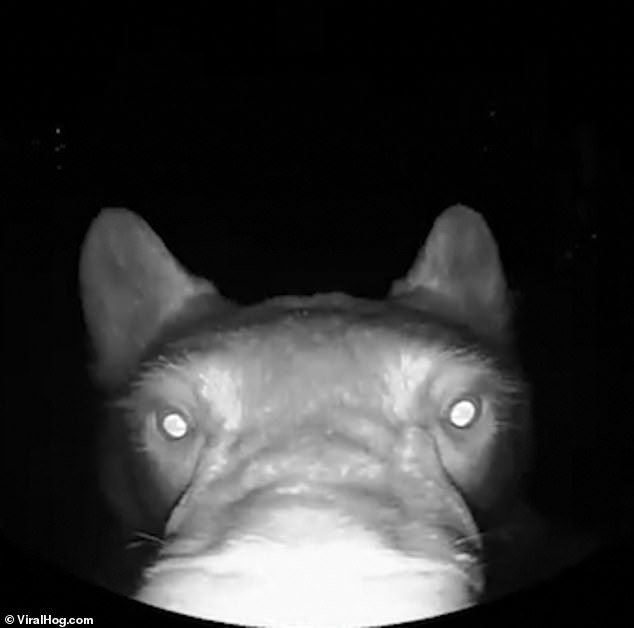 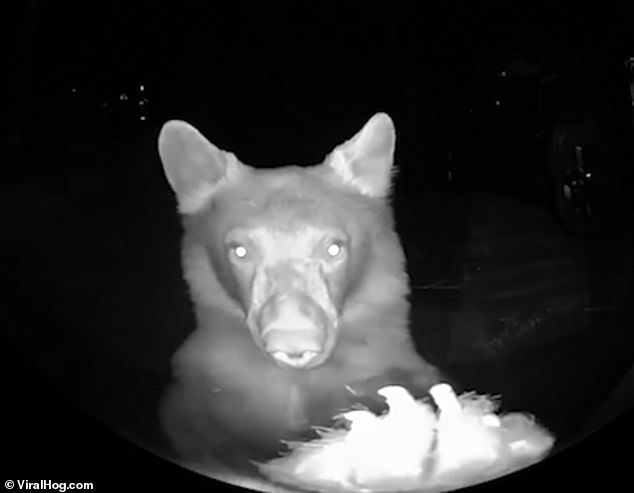 The footage of the bear (pictured) was captured at around 10pm in Truckee,