A youth football coach and father of two from the Compton, California, says he has been receiving death threats after being falsely accused on social media of being the gunman who shot two Los Angeles County sheriff's deputies last weekend.

Darnell Hicks, 33, spoke out for the first time about his ordeal on Monday, telling KTLA that when he first began receiving text messages from acquaintances containing screenshots of a 'be on the lookout' (BOLO) alert that has been circulating on social media containing his driver's license photo, name and address, he initially mistook it for a prank.

The post characterized Hicks as 'armed and dangerous' and falsely claimed that he was wanted for attempted murder in connection to the ambush shooting of two LA County deputies at the Compton Metro station on Saturday evening. 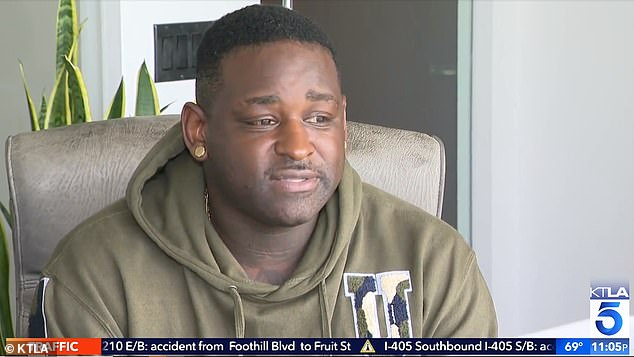 Darnell Hicks, 33, a father-of-two from Compton, California, says he has been getting death threats after being falsely accused on social media of shooting two LA County deputies 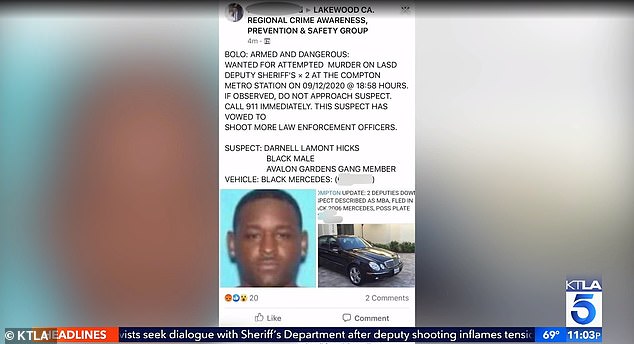 This 'be on the lookout' alert containing Hicks' photo, name, address and driver's license number, falsely claimed that he is wanted to attempted murder 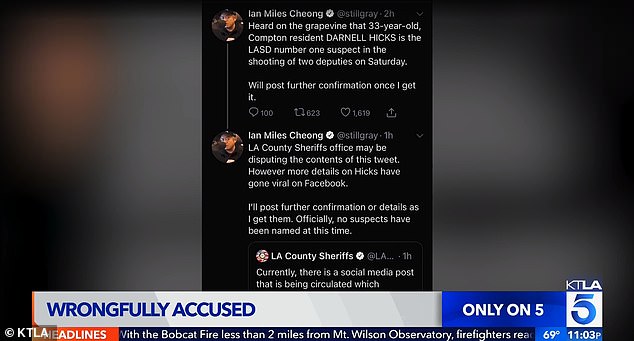 'This suspect has vowed to shoot more law enforcement officers,' the BOLO proclaimed.

Two LA County sheriff's deputies were sitting in their patrol vehicle near the train station just before 7pm on Saturday when a gunman walked up to them and shot both officers at point blank range.

One of the deputies, identified by DailyMail.com as Claudia Apolinar, a 31-year-old former librarian and mother-of-one, was shot multiple times, including in the jaw and torso, but was able to get her 24-year-old partner to safety and call for help. Both deputies are currently being treated at a hospital and are expected to survive.

As of Tuesday morning, authorities have not identified the suspect in the shooting, who was only described as a 'dark-skinned male.' The LA Sheriff’s Department is offering $100,000 for information leading to an arrest. 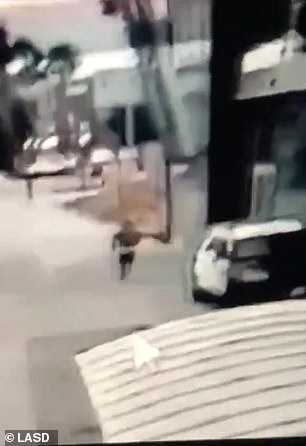