Texas Tech University student who bragged about having COVID-19 at a party in a video she posted to social media resigns from her sorority as the college records more than 1,200 cases Woman who claimed to have COVID-19 in a video has resigned from her sorority  The sorority condemned the young woman's behavior, calling it 'appalling'   Video shows unidentified woman bragging about her partying  She also claims in the video that she tested positive for the virus, saying: 'Yes I have COVID, the whole f**king world has COVID' The incident prompted an investigation from officials at Texas Tech University  The Office of the Dean of Students and Student Conduct shared in a tweet that they were aware of the video and were addressing the matter University reported that 1,152 students have tested positive for the coronavirus

By Valerie Edwards and Matthew Wright For Dailymail.com

A Texas Tech University student who was partying when she claimed to have coronavirus in a video that went viral last week has resigned from her sorority.

The video showed an unidentified female bragging about her party life despite testing positive for COVID.

Since the incident, the university has launched an investigation into the video and her sorority, Alpha Phi, condemned her behavior.

'The behavior in that video is appalling. When chapter leadership learned of this member’s behavior, the chapter immediately initiated judicial proceedings. The member has since chosen to resign outright,' a sorority spokeswoman told KWTX. 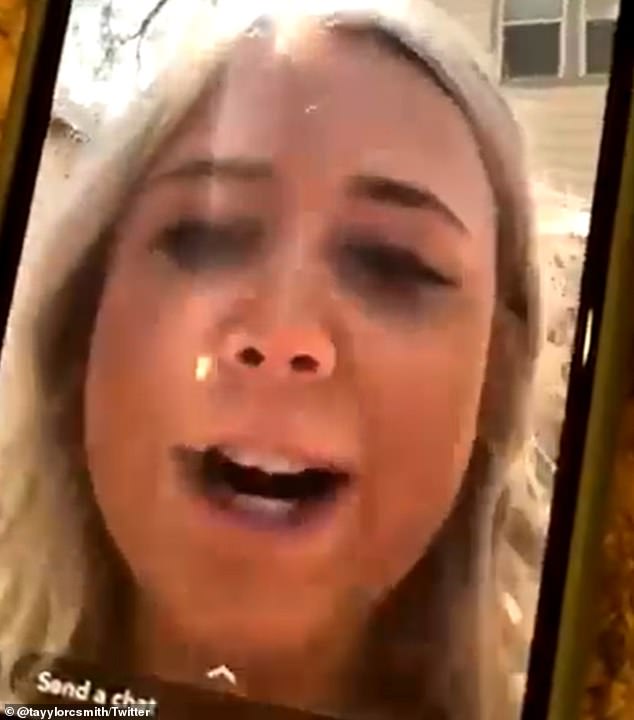 The spokeswoman said that the chapter will