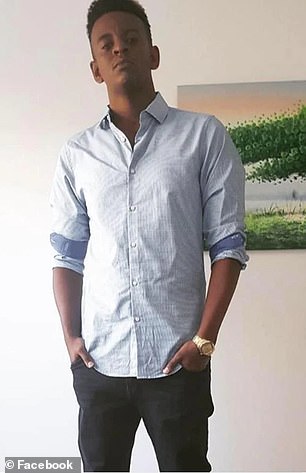 Girum Mekonnen (pictured), 19, died at the scene of the melee

Ten people are set to be charged with murder after a teenager was killed in a brawl between warring gangs.

Girum Mekonnen, 19, died after a fight involving two groups of about 20 people broke out behind Zillmere PCYC in Brisbane's north on Sunday afternoon.

Detective Superintendent Tony Fleming said ten young men are in police custody and in the process of being charged.

'I expect that each of those people will be charged with one count of murder,' he told reporters on Wednesday.

Det Supt Fleming said the men would also be charged with 11 counts of acts intended to cause grievous bodily harm and one count of affray.

He said it will be alleged those involved went to Zillmere with the intent to assault the victims.

'This was an event that was highly confrontational and has been traumatic for the victims of the crime and their families,' he said.

'It's just unacceptable to have people in a public space who are going about their business then attacked this way.'

Paramedics took 11 people to hospital suffering stab wounds and blunt force injuries after one group allegedly attacked another with knives and baseball bats. 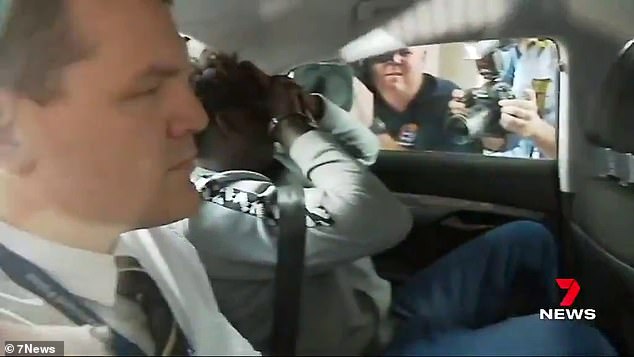 Pictured: A suspect (centre) is taken to Brisbane Watch House on Wednesday

Some of the victims were allegedly knifed in their torso, pelvis, head and face.

Three people remain in hospital with one in a serious condition.

Police believe three carloads of people arrived at the Zillmere park seeking retribution for another incident in Brisbane's west on September 8.

Earlier, police said they were concerned some victims won't cooperate with investigators and may take matters into their own hands.

'It's a horrific, unacceptable attack in our society,' Det Supt Fleming said.

'But retribution is not going to solve the problem.' 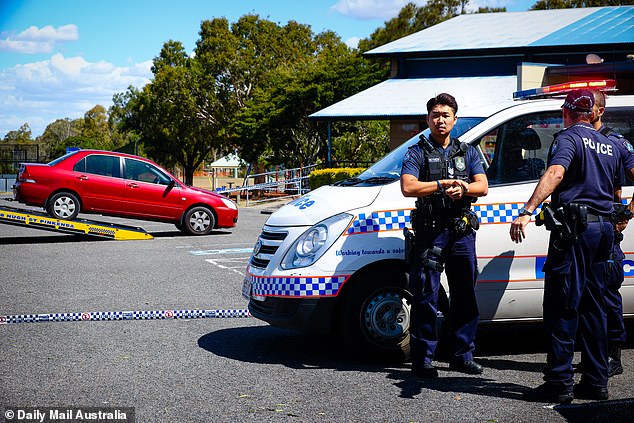 Friends have explained Girum was simply 'in the wrong place at the wrong time' at the time of his death.

But locals say youths 'run riot' through the once quiet neighbourhood without any fear of authorities.

'They know cops can't touch them because they're underage,' a grandmother-of-one who was too afraid to be named told Daily Mail Australia.

She said Sudanese youths had repeatedly 'intimidated her' and demanded she hand over cash, and that they had no qualms about destroying public property.

'I watched one young man smash up a phone box because I wouldn't give him any money,' she said.

Between June and September 2020, some 220 offences were reported in Zillmere.

The groups frequent the public areas near the PCYC, which is a crime scene after Sunday night's fatal stabbing. 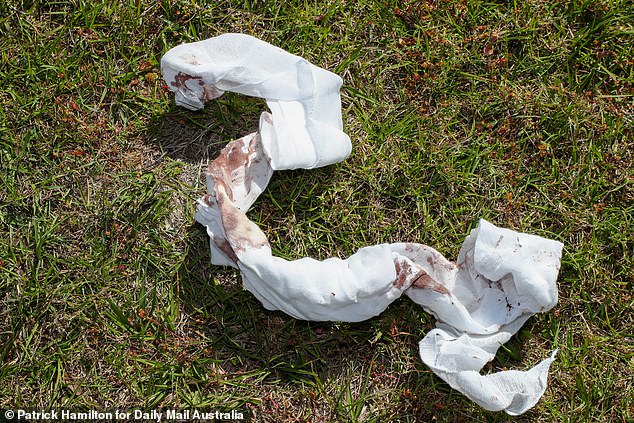 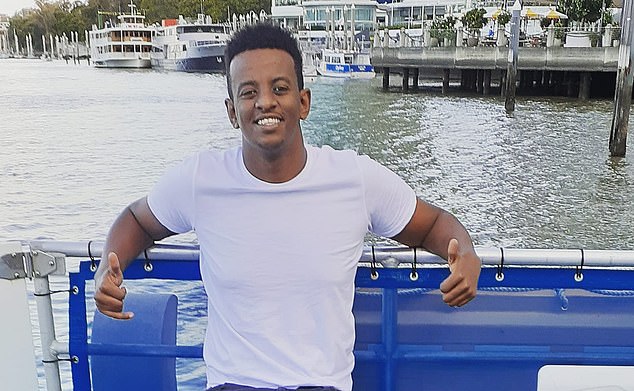 But the woman said they often loitered around the train station and nearby shopping precincts, too.

'I'd never get off the train at Zillmere, I'd always go one station along. It's just too dangerous,' she admitted.

'I tell my daughter the same thing. And its the same with the IGA around the corner from the station. I won't do my groceries after 6pm, its just not worth the risk.

'They're usually there, and they'll intimidate you.'

But Paul Christodoulou, the owner of Hair By Paul barber shop two doors down from Zillmere station said the young men in the neighbourhood are of little concern to him.

'I've been here 16 years, and I've never seen anything too bad,' he said before admitting that it could get a little 'rough' at the station occasionally. 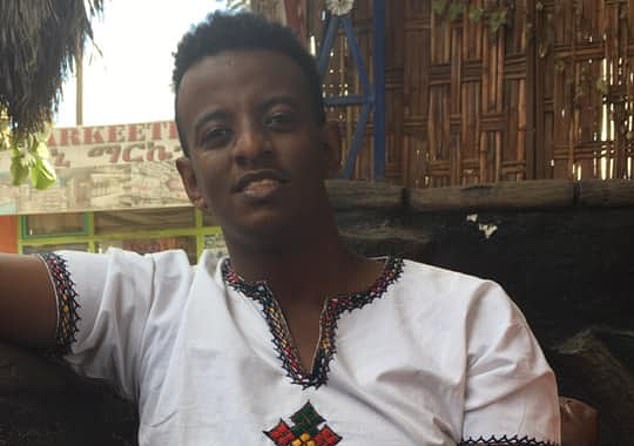 On Sunday night, members of warring 'gangs' allegedly began fighting behind the local PCYC on a soccer field, resulting in the death of 19-year-old Girum Mekonnen 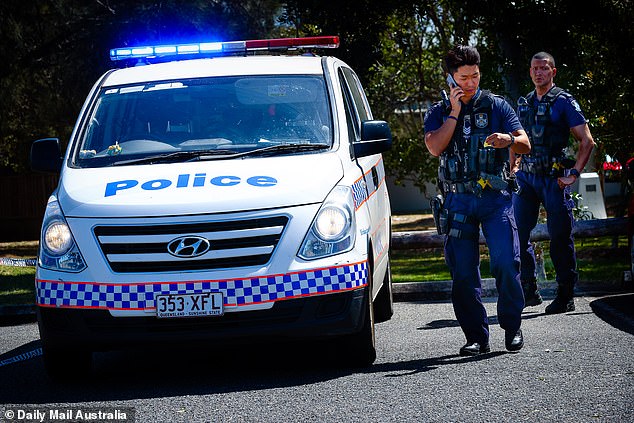 Police from Brisbane city patrolled the scene of the crime, near PCYC Zillmere, on Monday 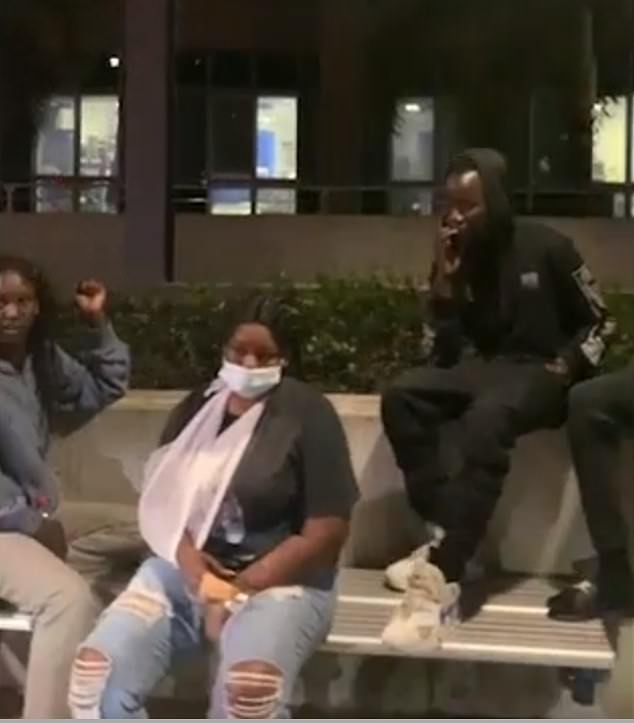 A number of people sustained wounds during the attack. Pictured: Family members of victims at the hospital 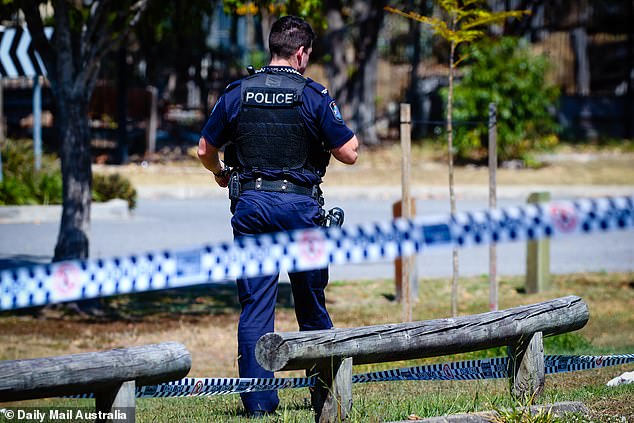 'But I think that's been brought here, people moving from wherever they have come from. I've been here a long time now, and its never been that bad.'

Mr Christodoulou said he felt for the families of the young people involved in last night's clash.

Three friends of the victims told Daily Mail Australia the matter would be 'settled privately' and that those involved in the melee wouldn't want the public to be involved.

'Good luck to anyone who tells you anything,' one of the men said, before another added 'they don't use social media'.

'Their families won't even speak to us yet, let alone the media.'

The trio wouldn't comment on allegations those involved had gang affiliations.

A woman who claims to have 'watched her friend bleed out' insisted they were ambushed and are not part of a 'gang' but a 'family'.

'We are not a gang, we are a family. The people that attacked my friends were a gang,' she told The Courier Mail.

'34 was never a gang, it was a family and the media and people twisted it to the point y'all made them a target by a real p***y bunch of n****s that ambushed my brothers and girls. 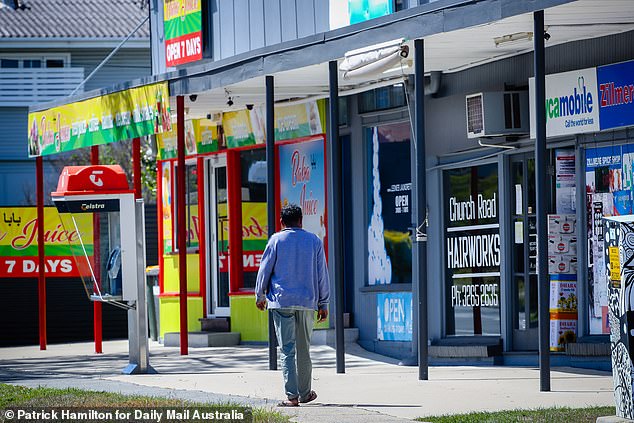 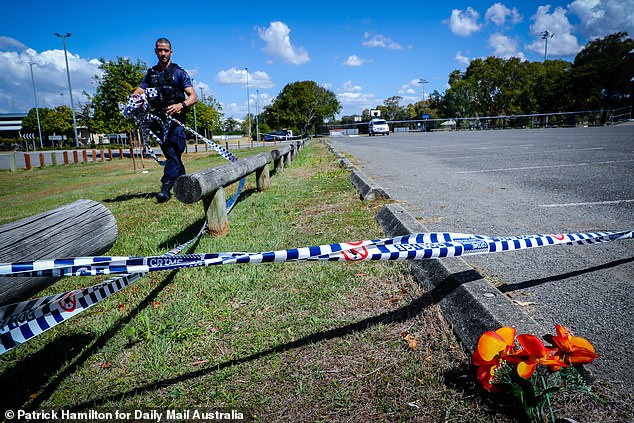 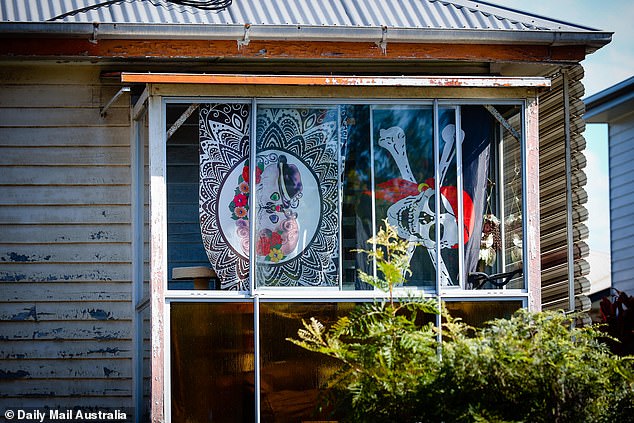 Houses and businesses throughout Zillmere have been boarded up recently. Pictured: A home near the crime scene

'Then to have the police treat us with no respect and withhold where they took the injured and treat the family of the deceased family like they are crazy and wanting to put the mother in the mental hospital because she was breaking down about her son … f**ked system.'

But the grandmother-of-one who lived just down the road said she had no doubt those involved in the fray were the troublemakers she often tries to steer clear of.

'Oh, you could pick them on the street. I could point most of them out. I watch the area a lot and you do see a lot out here,' she said.

PREV Jealous lover who stabbed ex-girlfriend 58 times after five-floor fall is ...
NEXT Troubled girl, 16, takes her own life on school grounds