The creative force behind one of Australia's hottest new apps met each other by accident in an Uber.

David Wareing, Tim Nicholas and Silje Dreyer are the entrepreneurs behind GetReminded - a free digital platform dreamed up in a Sydney rideshare that reminds users when their bills, policies, mobile phone plans and insurance premiums are up for renewal.

According to the trio, the simple idea is saving users thousands of dollars a year, they told Daily Mail Australia. 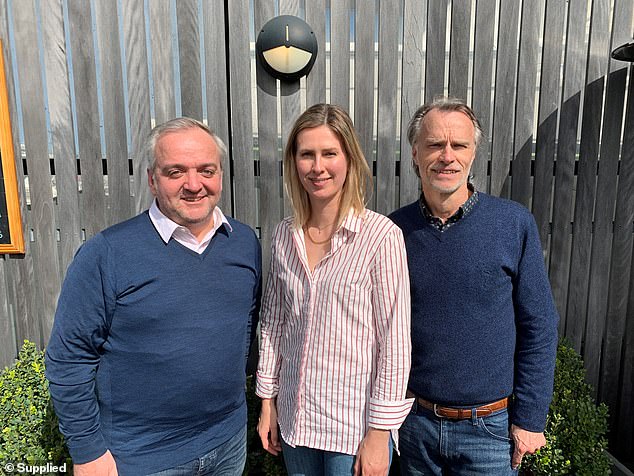 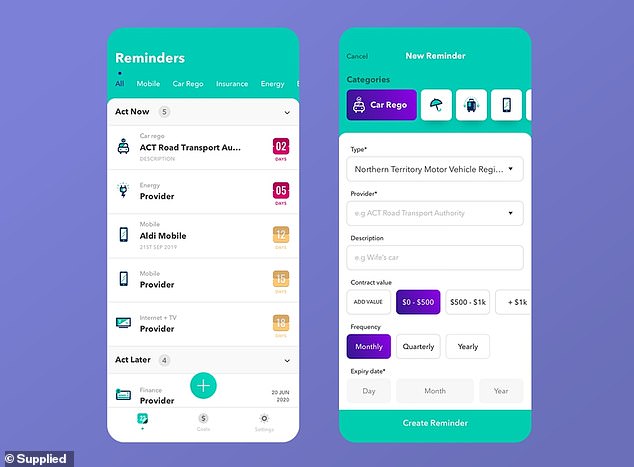 GetReminded is a free digital platform dreamed up in a Sydney rideshare that reminds users when their bills, policies, mobile phone plans and insurance premiums are up for renewal

It all started when Mr Wareing returned from overseas after spending about a decade working in motor vehicle marketing.

'The holy grail in automotive marketing was knowing when people wanted to change their car,' Mr Wareing said.

'I thought, instead of brands just spraying messages to people all the time, isn't it better to understand customers a little more, so they know what they need and when they need it?'

He had returned to Sydney and was working as an Uber driver when he picked up Mr Nicholas in 2017 - a digital marketing and website development specialist who had the kind of expertise needed to raise money, promote the concept and get the idea of the ground.

But the pair were still one short when it came to technical experience and design capabilities.

Until the day Ms Dreyer showed up in the back of Mr Wareing's Uber.

'I have a Master's in interactive design from the University of Sydney and had been working in the sector for a few years,' she said.

'When I met David I was very skeptical at first, but I was really intrigued and I