'Total and utter snobbery': Brutal note left on a car parked on a front lawn sparks class war between wealthy and battler suburbs A homeowner has been accused of 'utter snobbery' over a car parking note  The resident from Claremont, in west Perth, left the message on a stranger's car It scolded the driver for parking their car on the homeowner's front lawn The harsh statement prompted a digital turf war about Perth's affluent suburbs

A rude note left on a parked car has sparked a heated debate about snobby suburbs and whether it's appropriate to park on a front lawn.

A homeowner from Claremont, an exclusive suburb in west Perth, has come under fire for leaving the 'very rude' and 'snobbish' message on a car parked on their lawn.

The note triggered a social media firestorm for taking aim at Balga, a suburb 12kms north of Perth's CBD, when it was shared to social media on Monday.

'This is not Balga. Park in the street, not on the lawn. Don't park here again,' the message read. 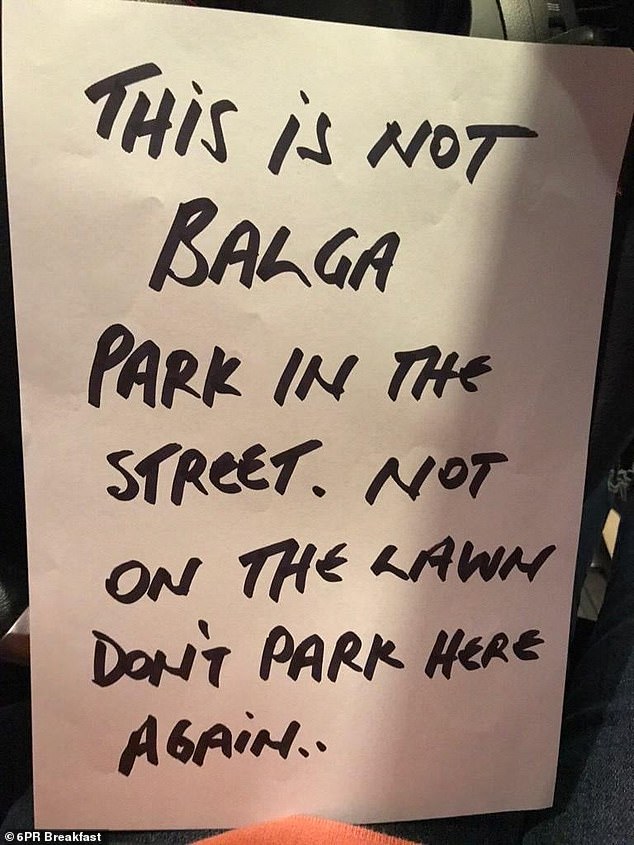 A homeowner in Claremont, an affluent suburb in west Perth, left a 'discriminatory' note (pictured above) on a car that was parked on their front lawn 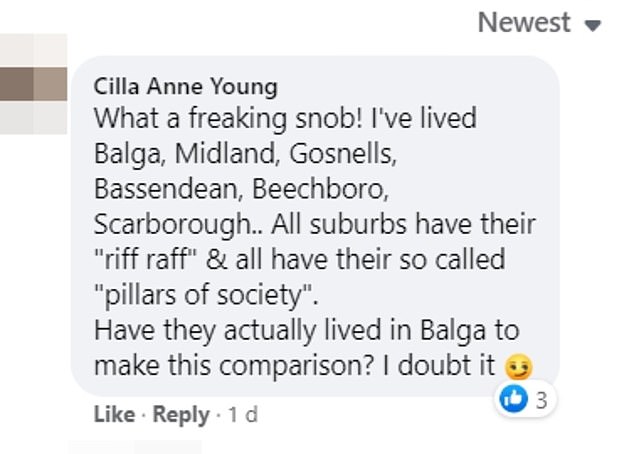 The 'antagonistic and discriminatory' note quickly caused commenters to label the message an act of 'total and utter snobbery'.

PREV Fury over plans that could see pregnant women who drink have it recorded on ...
NEXT Tiger snake found wrapped around Melbourne petrol pump as venomous reptiles pop ...