A neighbor of a Boston University lecturer who was crushed to death in an elevator, warned her to 'be careful' just moments before she loaded it with a heavy package.

Carrie O'Connor, 38, was taking her belongings to her apartment in the 1920s building on Monday evening when the accident occurred.

Tenant, Leanne Scorzoni, told the Boston Globe, that she spoke with a man who had been helping O’Connor right before she was killed at the building located at 1140 Commonwealth Ave in Allston.

While the elevator usually works via a two-door system that requires the second door to be firmly shut before moving, it's believed the weight triggered a sensor by fault.

'I heard it, he saw everything,' tenant Leanne Scorzoni said. 'He was helping her with a box into the building and he was going up the stairs, and he told her "hey, just be careful because it's an old-fashioned elevator."' 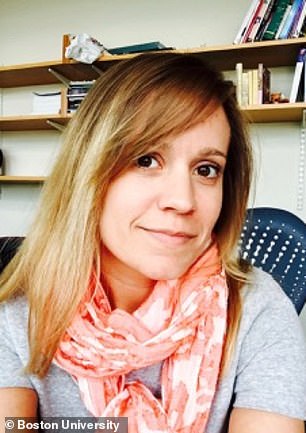 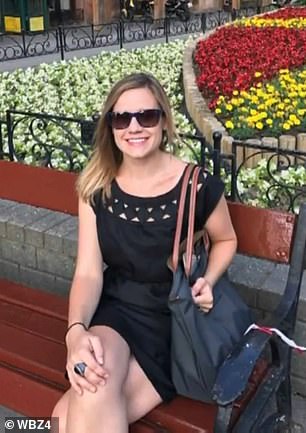 A neighbor of Boston University lecturer, Carrie O'Connor (pictured), 38, who was crushed to death in an elevator, warned her to 'be careful' just moments before she loaded it with a heavy package 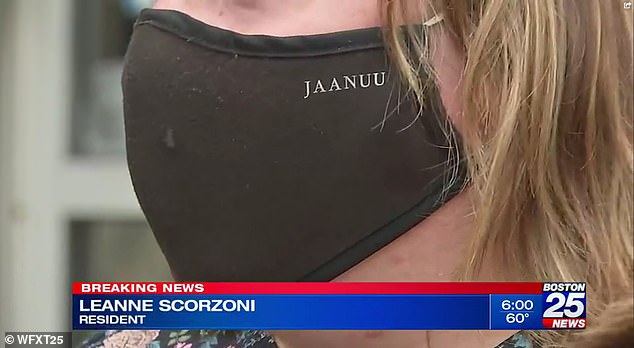 Tenant, Leanne Scorzoni (pictured), said she spoke with a man who had been helping O’Connor right before she was killed at the building located at 1140 Commonwealth Ave in Allston. Scorzoni said the man told her to 'be careful' while using the elevator 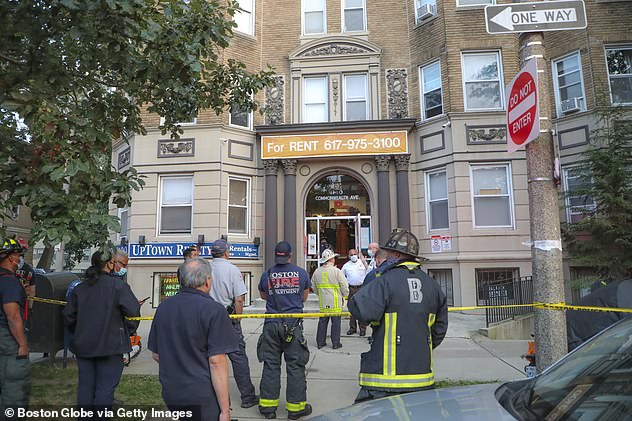 O'Connor died on Monday evening when the elevator in the Allston apartment complex (pictured) suddenly dropped between floors as she tried to load her package. Police said they were called to 1140 Commonwealth Avenue just after 5pm

Scorzoni described the scene as 'horrifying'.

'I don't know what type of elevator it is, but you have to pull the door across and then step in and then press the button,' she said.

Scorzoni added that she was told the elevator had a sensor, and the man who was helping O'Connor believes that the package may have triggered the sensor, which caused it to start moving.

She told the Boston Globe that there is a staircase next to the elevator, and the man helping O'Connor was talking to her as he was going up. 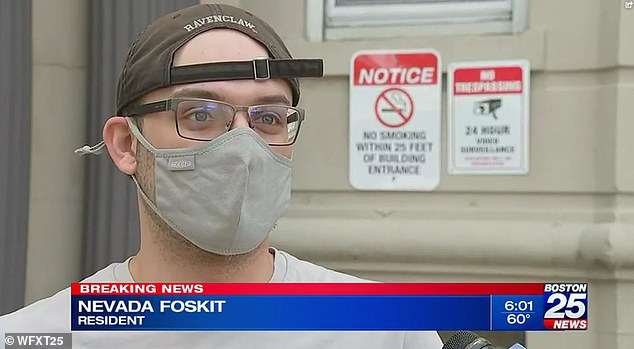 'It's a two-slide door system and unless that door is completely shut, it does not move ever,' tenant Nevada Foskit (pictured) said. 'If something did happen, it clearly had to be faulty' 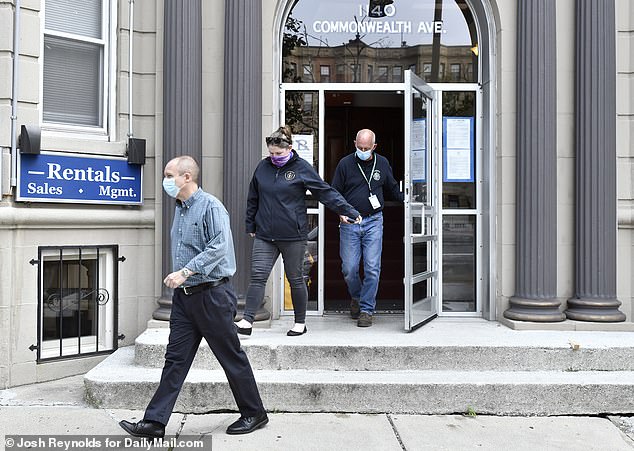 Authorities (pictured exiting the building) said O'Connor was found in the elevator on the first floor. She was pronounced dead at the scene

'He just said "oh, I don't think that's gonna fit in there." And then she's like, "oh, I'll try it one more time". And then I heard her screaming, and I heard him screaming,' she told the publication.

Scorzoni added that the man was screaming and pointing when she emerged from her first floor apartment.

'When I looked at the elevator, it was not there. Only the ceiling of the car was on my floor, so all the cables were there,' she said.

Scorzoni said she did not know O'Connor, and the French lecturer had only recently moved into the building.

Other residents in the building reported hearing screams at the time of the tragic accident. An unidentified witness told Boston 25 News that she 'heard just an ungodly scream'.

PREV Daniel Andrews attempts to stop you finding out why he imposed curfew
NEXT Four Navy aircrew parachute to safety moments before E-2C Hawkeye plane crashes ...