Meryl Streep's nephew, Charles Harrison Streep, has been pictured for the first time since he was charged with strangling an 18-year-old college student and leaving him for dead in a road rage incident in the Hamptons last month.

In pictures obtained exclusively by DailyMail.com, the 31-year-old financier appeared without a care in the world as he spent time cleaning his apartment in New York's trendy Soho before shooting some hoops nearby.

Streep stripped down to the waist to enjoy the last sunshine of the summer as he cleaned the windows and balcony of his New York apartment.

He was pictured just hours after his alleged victim, David Peralta, gave his first and full horrifying account of the alleged attack on August 24 in an exclusive interview with DailyMail.com. 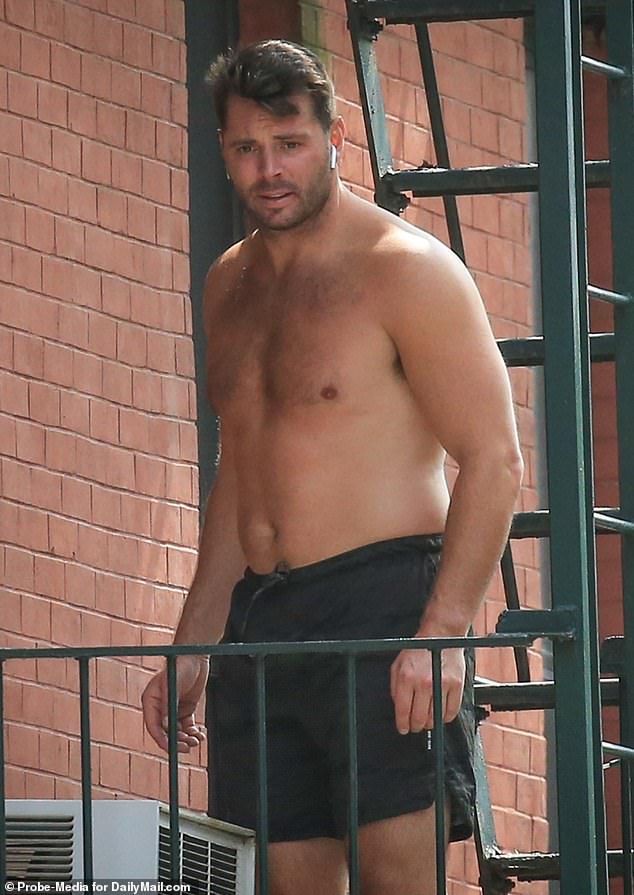 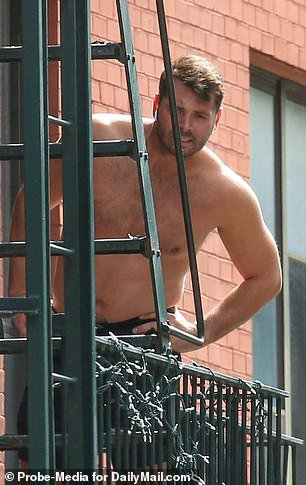 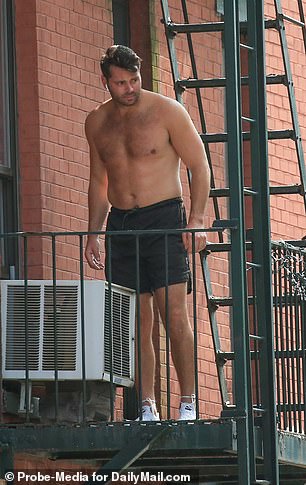 DailyMail.com spotted Streep stripped down to the waist ts he cleaned the windows and balcony of his New York apartment in trendy SoHo 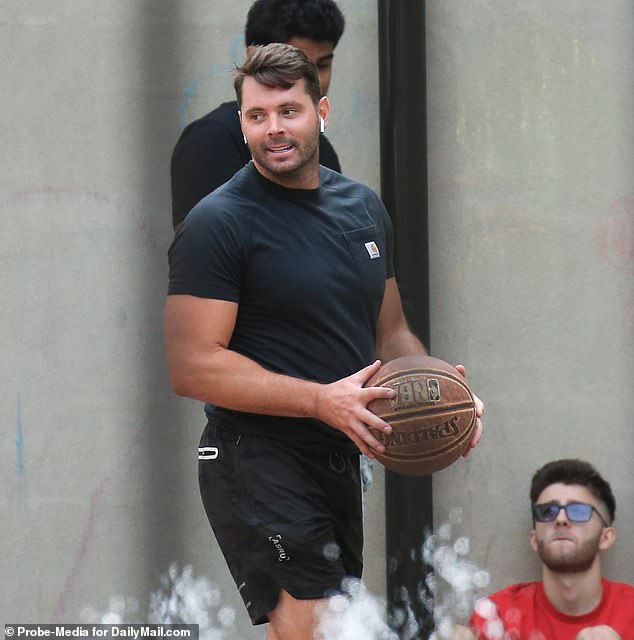 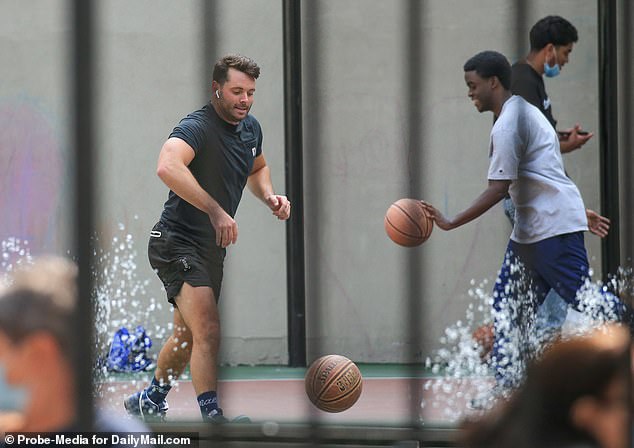 Approached by DailyMail.com as he wiled away his afternoon shooting hoops, Streep declined to comment and said, 'Speak to my lawyer' before packing up his kit and returning home 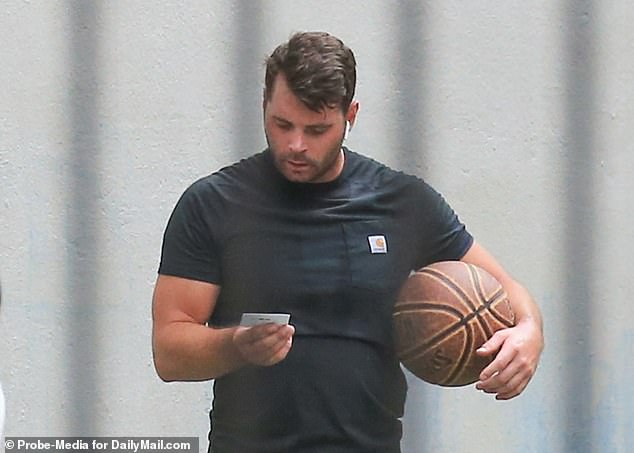 Streep has been charged with second degree strangulation and second-degree assault and Peralta has filed a civil suit against him.

Approached by DailyMail.com as he wiled away his afternoon shooting hoops, Streep declined to comment and said, 'Speak to my lawyer' before packing up his kit and returning home. 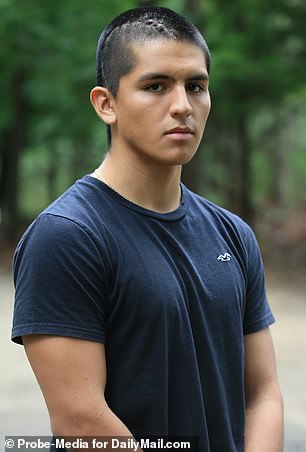 David Peralta, 18, was hospitalized with severe head trauma and needed emergency surgery after the altercation with Streep

According to Peralta, Streep 'blew through a stop sign,' near the family's East Hampton home and nearly collided with Peralta who was driving to get breakfast with his girlfriend.

Angry words were exchanged but, in a scene straight from a horror movie, rather than leave it at that, Peralta has alleged, Streep did an illegal U-turn and followed him into the parking lot where the alleged attack occurred.

In a matter of minutes everything changed as Streep confronted Peralta allegedly hurling racist insults before strangling him and throwing him to the ground. He fled the scene having dismissed his alleged victim as 'just Spanish.'

Peralta sustained a head injury that resulted in a potentially fatal brain bleed that saw him airlifted to Stony Brook Hospital, Southampton where surgeons performed a lifesaving craniotomy.

According to Peralta, 'I didn't deserve this. He said a bunch of racist things to me, just because I'm Hispanic. I don't know what that has to do with anything.

'He said he would throw me to the ground, threatened me and said I was ''just Spanish.'''

Peralta's parents, Edgar, 47, and Jeny, 44, are from Ecuador though he himself was born in America, where he has lived all of his life.

He said, 'I thought this only happens in movies. I never thought anything like this would ever happen to me. I'm not a bad guy. I'm not a bad person. I just work, come home, see my girlfriend and my family.

'I don't know why I deserve this, why this has happened.' 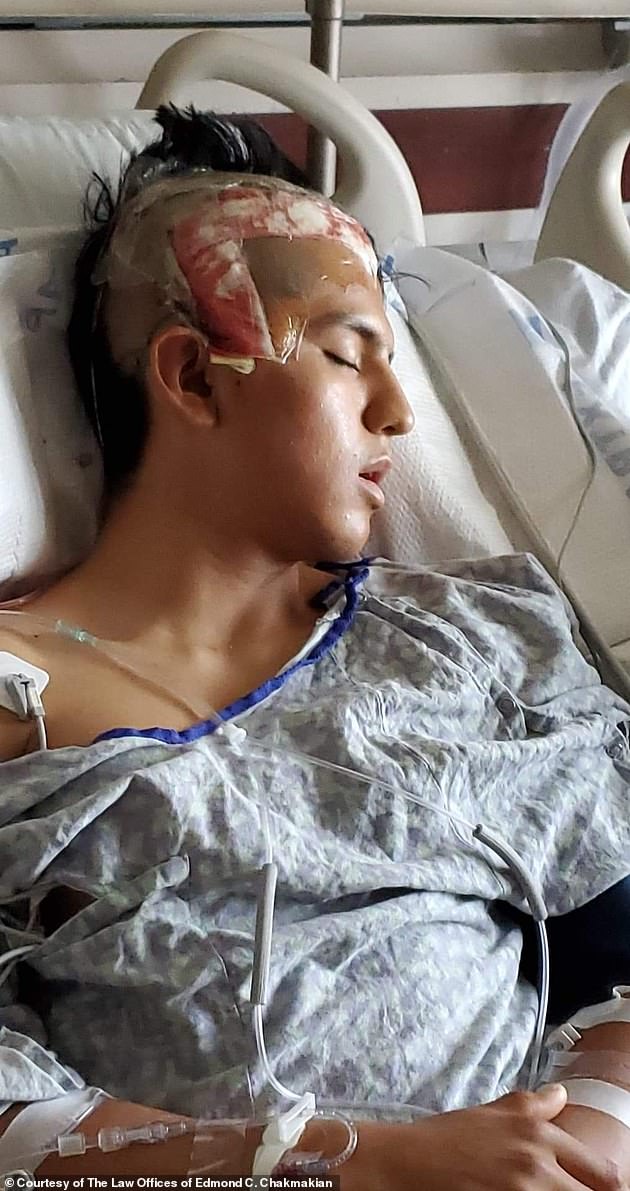 Peralta was hospitalized with severe head trauma and needed emergency surgery after the altercation with Streep in a parking lot outside a Chase bank in East Hampton on August 24. Peralta pictured in hospital after emergency surgery 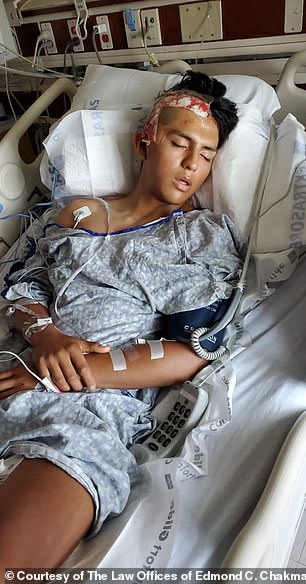 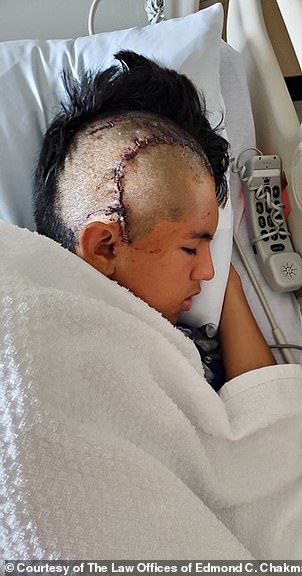 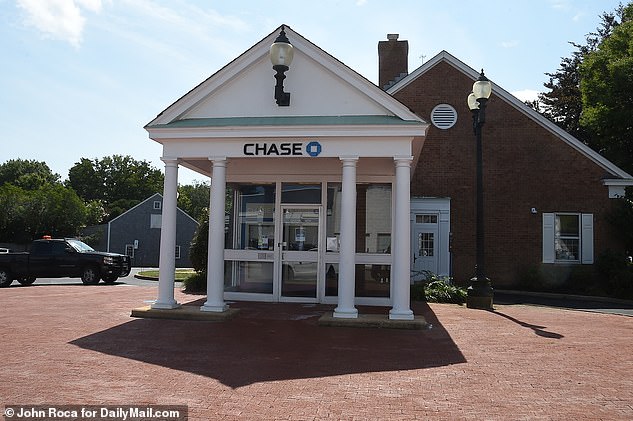