Pictured: Hit and run victim, 47, who was deliberately mown down in Iceland supermarket car park as police continue hunt for driver John Avers was declared dead at the scene in Dagenham supermarket car park Witnesses said Mr Avers was hit multiple times by a car while on the ground  A post-mortem exam has confirmed he died of multiple injuries and police believe he was 'deliberately harmed' as they continue their murder investigation

Murder detectives have named a man who was deliberately mown down in a car park.

John Avers, 47, was hit by a car which fled the scene in Dagenham, east London.

Paramedics attended but he died at the scene a short while later after suffering multiple injuries, a post-mortem found.

Police believe he was 'deliberately harmed' shortly before midnight on Sunday.

Extensive enquiries are ongoing but no arrests have been made. 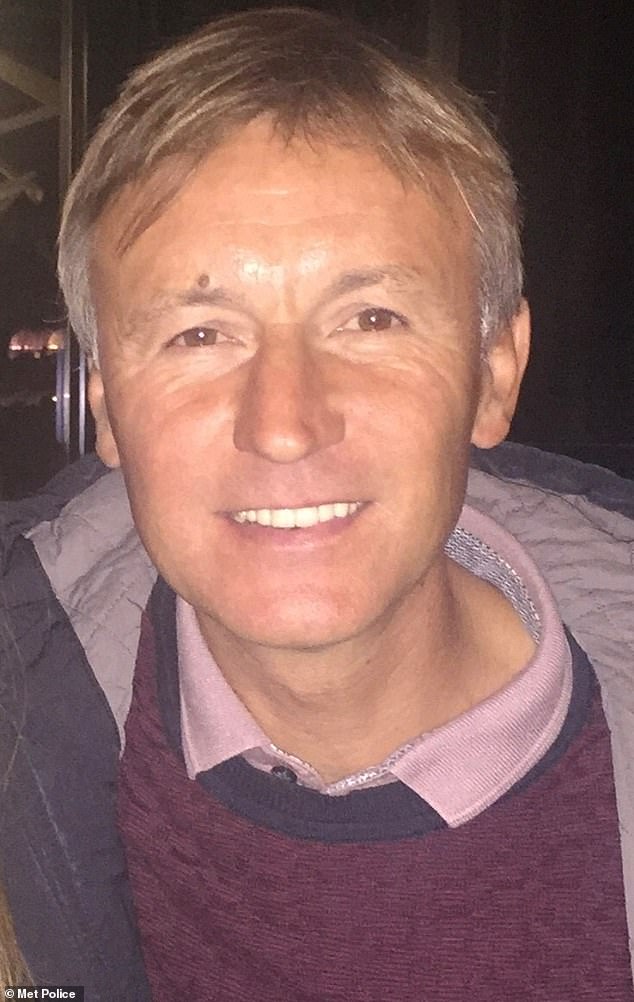 The Met Police's Specialist Crime Command are appealing for any witnesses to come forward.

Detective Chief Inspector Mark Wrigley, from the Met's Specialist Crime North team, leads the investigation. He said: 'My thoughts are with John's family at this very sad time.

'I and my officers believe John was deliberately harmed and we are treating this incident as a murder inquiry.

'We are using every available tactic to trace who was responsible for John's death.

'I know that there were people in the area and I am asking them to tell us what they saw or heard.

'If you know anything at all about this horrible crime, please don't keep it to yourself.