Fears of a coronavirus explosion across Sydney as it's revealed taxi driver worked for eight days while infectious - as NSW records two new COVID-19 cases and one death Taxi driver may have driven around Sydney for ten days while infectious A warning was issued by NSW Health on Saturday night over the infected driver NSW Health is working to identify the passengers in contact with the driver The state recorded two new cases and one death due to coronavirus on Sunday A man in his 70s passed away, bringing state's death toll to 55, the premier said

By Lauren Ferri and Charlotte Karp For Daily Mail Australia

There are fears of a coronavirus explosion in Sydney after a taxi driver drove around the city for ten days while infected with coronavirus.

New South Wales recorded two new cases of COVID-19 on Sunday and one death, bringing the state's death toll to 55.

The man in his 70s died on Saturday at Sydney's Royal North Shore hospital, Premier Gladys Berejiklian confirmed on Sunday.

Ms Berejiklian confirmed the two new cases on Sunday, one of which is in hotel quarantine.

The other was the Sydney taxi driver who tested positive for the virus after working eight days while infectious and visiting venues in Sydney and the South Coast.

Passengers who caught a taxi in Moorebank, Bankstown, Chipping Norton, Liverpool, Lidcombe, Warwick Farm and Milperra have been warned to watch for symptoms and get tested immediately if they feel ill. 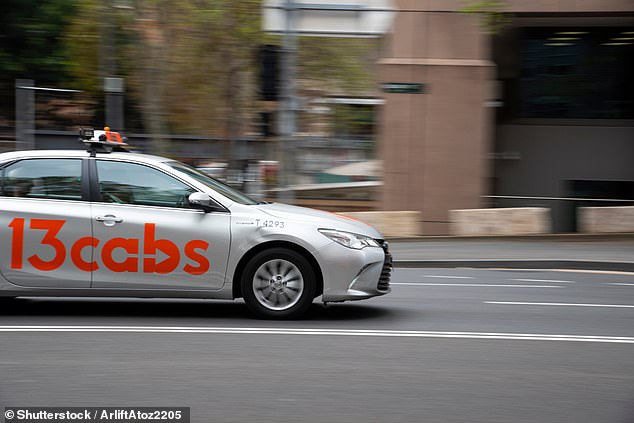 Self isolate and get tested:

Anyone who attended these venues for a least one hour during the times mentioned is considered to be a close contact and is being directed to get tested and isolate for 14 days. Glen Alpine

'NSW Health is working with the person and 13CABS to identify passengers,' a spokesperson said.

An alert has also been issued for locations in southern and western Sydney after a person with COVID-19 visited a range of venues for at least one hour each.

Anyone who visited Campbelltown Golf Club on September 16 between 2pm and 4.30pm in western Sydney has been asked to get

The one job where pay and performance don't matter